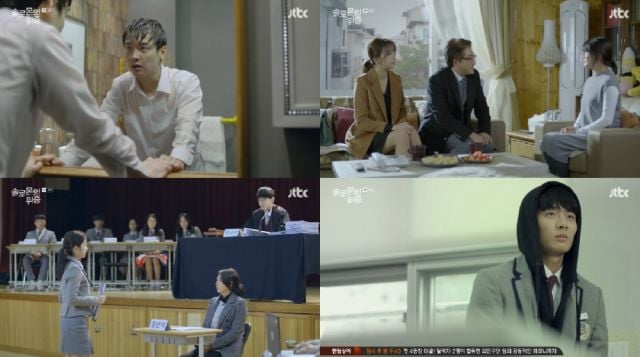 Despite Jeong-guk High School's attempts to stop it, the first day of the trial has arrived. New and unpredictable players join this very serious game and there are several obstacles for the prosecution and defense to overcome. Joo-ri still refuses to join and Woo-hyeok cannot control his temper. All eyes are on the students as new truths come to light. Meanwhile, Ji-hoon's involvement becomes deeper.

Before getting to Ji-hoon (Jang Dong-yoon) and his own secrets, let us talk about the latest elephant in the room, which is So-woo's (Seo Young-joo) personality. We have already witnessed his hospitalization and it is no surprise that he had some psychological problems, but this new representation of him as highly aggressive, manipulative and provocative could potentially change a lot. Not for the verdict of the trial, since there is only one truth, but for our perception of how things got to this point. 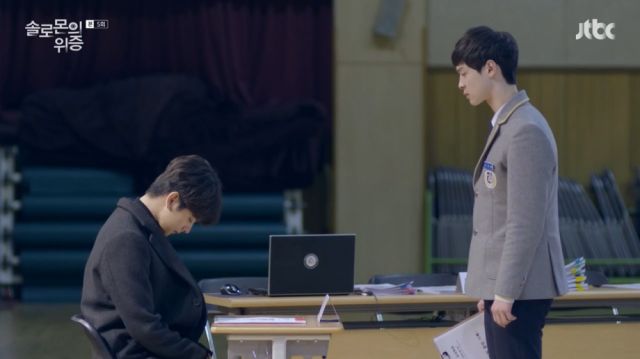 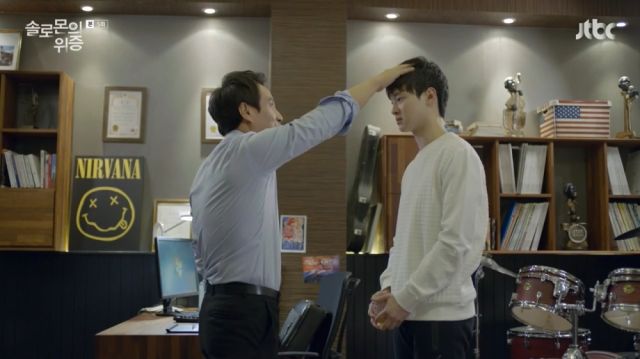 This also makes Ji-hoon's involvement more complicated. His words to So-woo's brother about finding out the truth sound sincere, but we do not know what his relationship with the victim was like as of late. He clearly does not want anyone to find out about his presence at the scene of So-woo's death and he has not spoken to his father or his trial mates about his affiliation with either side. Most importantly, I cannot tell whether he is doing this for So-woo, for himself or to shield someone.

The series has been portraying the family life of the students and its significant role in what these teenagers are like and what motivates them. Kyeong-moon (Cho Jae-hyun) appears to be Ji-hoon's adoptive father and he is as dichotomous a character as his son. He looks like a great parent, but we have also seen him treat other children poorly for his job. Part of me wonders how far Ji-hoon would go to protect him and if he is directly involved in So-woo's case. 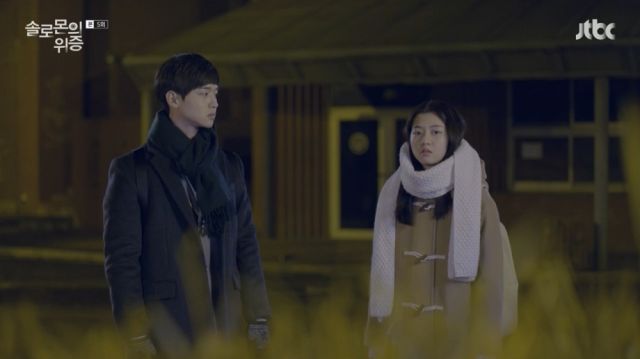 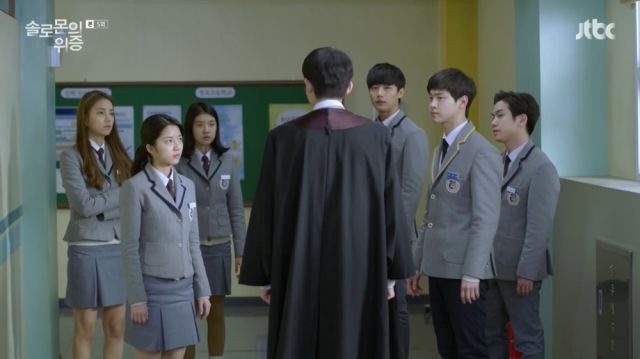 As for the trial itself, it has clearly raised a lot of interest. Seo-yeon (Kim Hyun-soo) is passionate and smart, but her trust in Ji-hoon and the Jeong-guk Sentinel worries me. She is eager to take advice from those more intelligent, but she is too innocent to keep her guard up. There are many things going on she is not aware of and many people who lie. Some suspicion would aid her.

On the other hand, the fact that she is not someone who will manipulate, pressure or dismiss others is what makes her such a pure and admirable character. This trial involves more lives than the one lost and while Ji-hoon has his own agenda, Seo-yeon cannot ignore those involved. The first day of the trial is exciting and I cannot wait for more.