The villains of "Something About 1% - 2016" very quickly come up and then equally quickly fall down in this somewhat anticlimactic pair of episodes. It's times like this I have to remember that, as a relatively faithful remake of a drama from thirteen years ago, "Something About 1% - 2016" is something of a relic. The plots and concepts are not all that well-refined, and veer really close to some fairly disturbing territory without the proper tone to match.

This is why it's so important that Da-hyeon's kidnapping be resolved so quickly. There's pretty much no good way to do this part of the story but, well, something has to be done to emphasize the borderline crazy world that Jae-in lives in and how existing as his girlfriend in that world can be dangerous for Da-hyeon. While the conflict may be obviously unrealistic, again, thirteen years ago the line between soap opera and standard dramas was much less clearly defined. 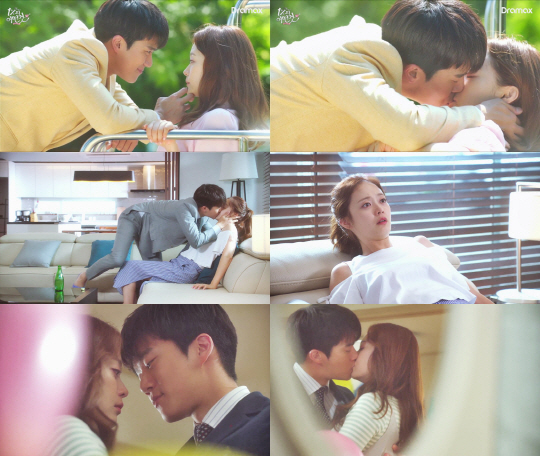 One factor remains timeless- well-done romance. Yes it's somewhat creepy that Jae-in takes on this sort of heroic role, but in all fairness, Da-hyeon isn't exactly swooning at his performance either. In long perspective, weidly enough, he's much more offended about what happened than she is. How do we interpret this? Does Da-hyeon balance out Jae-in's worst impulses? Does Jae-in look out for Da-hyeon when she won't look out for herself? Or is the whole situation so out there as to define reasonable character classification?

I'm inclined toward the latter explanation personally. Once again it's easier to look at Jae-in and Da-hyeon's relationship less in terms of logic and more in terms of mutual affection. It's always the little moments that really stand out. Observe how the biggest moment happens from a rather mundane chance encounter where Da-hyeon isn't even looking particularly sexy. It's the implied intimacy of the moment that makes it so powerful

...In context, anyway. "Something About 1% - 2016" is not a drama that's going to go down in the annals of history as a particularly powerful or innovative look at the romance genre. As a remake it's not really possible for it to do such a thing. All the same it does manage to maintain a fairly pleasant overall quality. Even as it's telegraphed a bit too obviously that of course everything is going to work out well in the end, the production team isn't going for surprises, but rather comfort. And to that extent, it's reasonably successful.

"[HanCinema's Drama Review] "Something About 1% - 2016" Episode 12-13"
by HanCinema is licensed under a Creative Commons Attribution-Share Alike 3.0 Unported License.