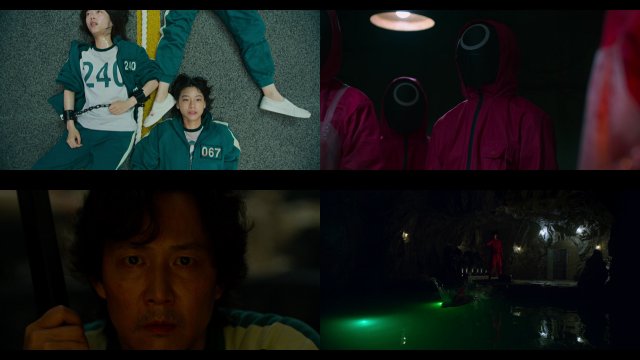 Round three, tug-of-war, ends, with our heroes winning by utilizing brains over brawn. As it happens, tug-of-war isn't just a test of strength, and the demonstration of that is effective. Nevertheless, I couldn't help but notice the unintentional irony of how the latter part of this episode explicitly delineates the purpose of the "Squid Game" as being about putting everyone on a fair playing field. Even beyond tug-of-war the whole "murder is allowed" rule obviously benefits players of greater physique.

To be totally fair, much of this episode rather neatly addresses my previous game theory critique. Deok-soo's abuse of the "murder is allowed" rule is explicitly stated to be a bad strategy, since the marginal benefit of an increased payout for winners has to be weighed against the increased likelihood that every competitor, even the stronger ones, has of dying. With only forty players left and three full games to go, further carnage is unwise.

Which is why the main characters don't get to do that much. Ki-hoon discusses backstory that makes him seem more sympathetic, as does Ali. By the way, I was wrong about Ali's country of origin. I had assumed Ali was Indian because he spoke Hindi with his wife. But the script identifies him as Pakistani. Anupam Tripathi himself is from India, and probably was speaking Hindi in that scene. Which makes it odd that the script didn't alter Ali's country of origin to compensate.

I know this is a comically minor nitpick. But with so much of "Squid Game" wrapped up in the mechanics and mystery of how and why the games work, these minor details matter. If the continuity can't keep Ali's nationality straight, can we really have faith that larger explanations of the game itself will be coherent? A late visit to the official archives gives us multiple tantalizing details that may or may not make sense once we finally have access to all pieces of the puzzle.

"Squid Game" remains genuinely engaging. Despite so many of the characters behaving very stupidly, the story never rises to idiot plot because the stupidity is the point. The entire situation regarding the secret organ smuggling scheme is hilarious, because all the characters involved are so slow-witted they only belatedly realize they've backed themselves into completely unwinnable corners. I don't think it was actually supposed to be funny, but I'll take whatever enjoyment I can find wherever I can find it thank you very much.