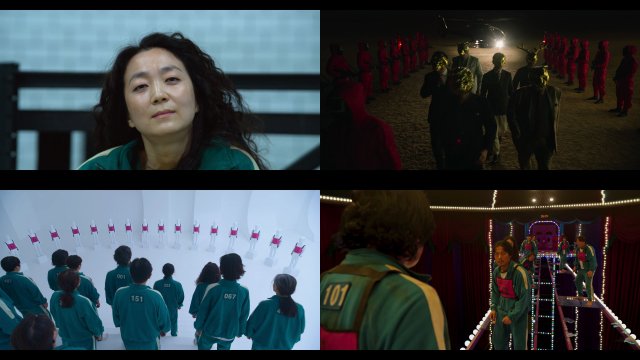 The fifth game is by far the worst in terms of game theory. While the first four games had safeguards to guarantee that at least some people win, the fifth has almost none. What's more, winning the fifth game is almost entirely a matter of chance. Nothing about the way the game is set up requires any skill at all. But as terrible as the fifth game is from a theory perspective, this episode is also the one where we learn that theory doesn't matter.

The VIPs for whom these games are staged are idiots who just want a grotesque show and don't care if the rules make sense. They're just petty gamblers not much different from Ki-hoon in the first episode, except they managed to keep their winnings. The metaphor for capitalism is palpable, although I'm not sure it was intentional. A lot of the dopiness is just in the foreign actors turning in rather mediocre English language performances.

The masks disguise this somewhat. But they can't disguise that Anupam Tripathi had to pass a much tougher audition than these guys. I can't quite decide whether "Squid Game" was deliberately intending to make a comment on white supremacy with this. Maybe the script is just using English dialog to emphasize that this is an international conspiracy of some sort involving the super rich. They are, at any rate, ignorant, crude, yet markedly arrogant.

"Squid Game" is very good at seeming clever when it isn't actually doing anything all that smart. Part of how it does this is by having characters convinced they're being clever when they're not being that smart. These moments of farce are "Squid Game" at its best, providing the drama with a perverse sense of humor. One character meets an untimely end by making two obvious strategic blunders in a row.

The obviousness is still a bit much, with this game being a foregone conclusion similar to the others. Supposedly the point is in the characterization, although even that remains fairly pedestrian. Deok-soo is still a petty thug. The more sympathetic characters kind of feel bad about all the murder, they just won't do anything to stop it, and are very good at rationalizing for their own personal benefit. I'm noting with some grim irony that self-awareness is being treated as a personal failing. Which isn't exactly wrong, in regards to self-aware murderers. It's just that a non self-aware murderer isn't much better.