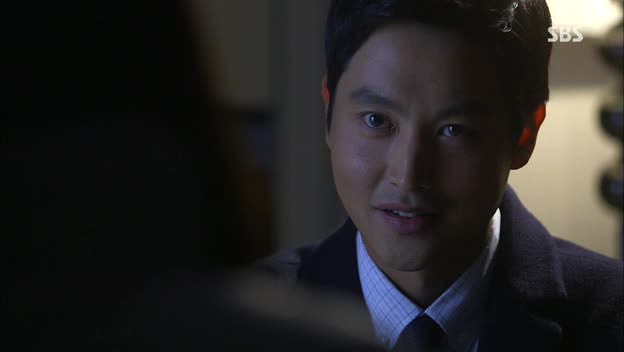 Park Bok-nyeo is a housekeeper no longer. She is now a single-minded woman on a mission to obliterate the living demons from her past. After sharing her sad tale with the Eun family, she leaves them to chase down Song-hwa's new boss who resembles a man she thought was dead, Seo Ji-hoon.

The story of Bok-nyeo's past is heart-breaking. She was neglected by her mother, studied hard to appease said mother, abused by her stepfather and stalked by a student she tutored, Seo Ji-hoon. He forced her to flee the country, where she met and married her husband. But Ji-hoon wouldn't leave her alone and her family died in a fire because of it. As Bok-nyeo tells the family that she heard her son screaming her name, the sound of a young boy's anguished voice punctuates her tears. Her mother-in-law blames her for conspiring with Ji-hoon in planning her husband's and son's deaths. A detective, the man who was stalking Bok-nyeo, is searching for her and questions Sang-chul about her behavior and whereabouts. Sang-chul tells the detective about the reappearance of Ji-hoon who is supposed to be dead.

All of this makes for a very strong start to the second half of the "Suspicious Housekeeper". Now that the family is back together and supporting each other, the focus turns to Bok-nyeo in earnest. The Eun family supports her and wants to help her, but she is determined to end this herself by killing Ji-hoon if he indeed is the same Ji-hoon from her past. At the end of the episode he admits he is and then he poses a challenge, "What are you going to do about it?"

Song Jong-ho is marvelous as a villain. His entrance last episode was goosebump-inducing in how he lecherously hit on Song-hwa and he continues to be creepy. He is spot on in his portrayal of Ji-hoon's tendency to get a little too close a little too quickly and how he masks his inappropriate speech and behavior with more wordplay. 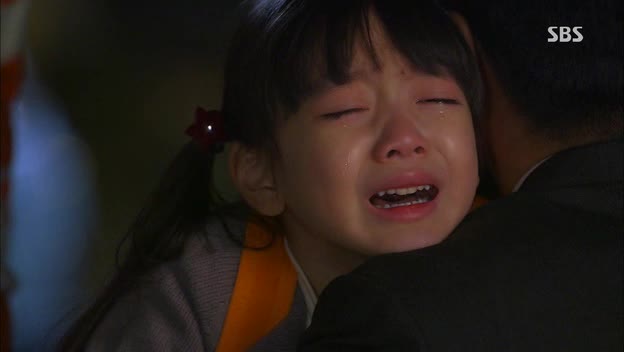 Ji-hoon hires Song-hwa and Sang-chul, surely not coincidentally, to help him create a China Town. He will probably interfere with the Eun family because Bok-nyeo cares for them and because they won't give up on her. They're still in her life. When Bok-nyeo leaves, the youngest follows her, crying "mom" after the woman who became her surrogate mother. Little Kang Ji-woo is a scene stealer as young Eun Hye-gyul.

The newly reunited family unit will be tested by Bok-nyeo's past and by Sang-chul working with Song-hwa. Thus far, Sang-chul is doing a wonderful job of putting the prideful and selfish Song-hwa in her place. She asks him to "reset" their relationship to the beginning and then rags on him for checking up on Bok-nyeo. He tells her, in no uncertain terms, to mind her business. It's a glorious moment for his character and for the plot. He grew and now has an even angrier ex-mistress to contend with.

There are a few side plots that seem random. One involves Han-gyeol's ex-boyfriend who used her. His low-life father took his guitar and amp to pay off his debts. Han-gyeol works with the band to raise money for a new guitar. It shows her growing up and learning to care for others. But then why is she the only child in the Eun family with a friend circle? Why show her ex-boyfriend? The other side plot has to do with the nosy neighbor's husband cheating on her with a writer at work. Again, this subplot seems out of place unless it will later converge around Bok-nyeo's mystery.

Just as Bok-nyeo helped the family reunite, the family will help Bok-nyeo piece back the pieces of her broken soul. Sang-chul asks her at one point if his family could be the reason for her to live. It definitely gives Bok-nyeo pause before she goes off to exact her revenge. She has two possible reasons to live: revenge and to help a family that needs her. She is too blinded by pain to see the second reason clearly. Hopefully the family can help her without getting hurt.