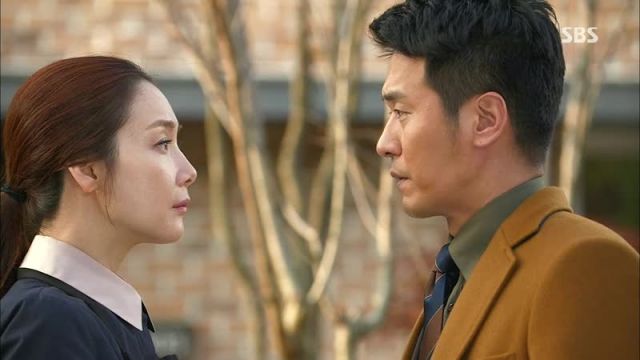 Park Bok-nyeo is starting to reach the limits of her self-control. She is unable to keep herself separate from the Eun family and has involved herself with them in a major way. She wants to be their mother and offers Eun Sang-chul marriage papers. 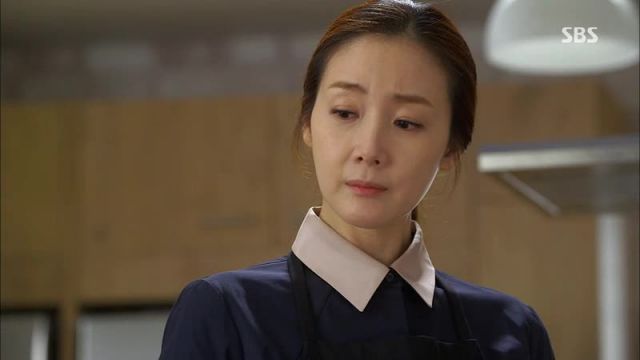 Contrary to her behavior for most of the drama thus far, Bok-nyeo is insistent about getting an answer from Sang-chul. Such insistence is a sign of stress. She is desperate to heal the family because of her past and because she genuinely loves them. The drama is delving deeply into the meaning of family again rather than focusing solely on the crazy Seo Ji-hoon. Because Bok-nyeo lost her family, she has to allow herself to accept that it's okay to have a new one. She is not quite there yet. Her desire to become a mother is more to benefit the Eun family socially than for her to actually become part of it.

Other ways the concept of family is explored is with Han-gyeol's ex-boyfriend. His father is using him to pay back loans and the people who end up helping the ex-boyfriend and Han-gyeol and their mutual friend. They are creating a makeshift family unit and teaching the ex what it really means to be family: having people to rely on and who understand each other no matter what.

The boring side stories involving the nosy neighbor and the butcher continue to be developed and I can only assume they have some purpose. They make the story stagnate because they're not interesting enough to stand alone as separate plot threads as they are attempting to do now.

Song Jong-ho continues to be fantastic as the insane Seo Ji-hoon who is so obsessed with possessing Bok-nyeo that he interferes with the lives of everyone even remotely associated with her. He finds an easy target in Song-hwa, Sang-chul's mistress. The woman is the epitome of selfish and in a constant state of denial. She is who Ji-hoon would be if he had a conscience.

Ji-hoon isn't the only person messing with Song-hwa; Bok-nyeo has taken it upon herself to delve into Song-hwa's role in the destruction of Sang-chun's marriage and in his wife's suicide. It's part of Bok-nyeo's mission to mend the Eun family. She is desperate to protect them and that makes her determined to remove Song-hwa from the Eun family's lives altogether. This is a huge development for Bok-nyeo's character even if it's not for the better. Her intentions are good, but it's harmful to her. She needs to learn to love herself again. It's part of being in a family, loving both the family and oneself.