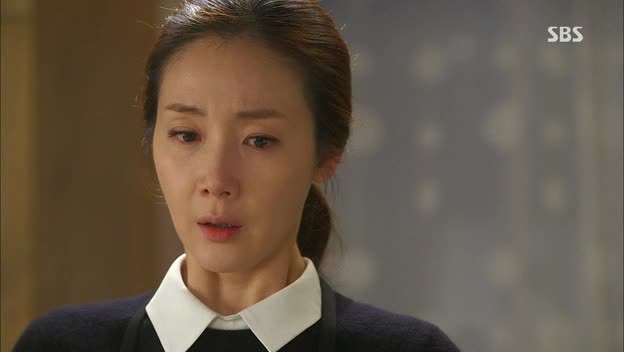 Both the anti-heroine and the bad guy become more twisted this episode. Bok-nyeo is feeling pressure from all sides. She has two conflicting desires to choose between. These intense desires are the focus of the episode in that they force her to take stock of her position and come to a decision.

Decisions are really the center point of the show now. The Eun family has decided to accept Bok-nyeo. Ji-hoon has decided to take Bok-nyeo from the Eun family. Mistress Song-hwa has even been swayed to make an important decision by Ji-hoon. Now it is up to Bok-nyeo:  join the Eun family and live happily or take revenge on Ji-hoon. While she is in the process of deciding, she is moody and very much unlike the cool housekeeper from the beginning of the show. As "Suspicious Housekeeper" is a much of a character study as it is a mystery the waver in Bok-nyeo's character is much needed.

The same uncertainty is mirrored in mistress Song-hwa who is finally starting to become less defensive and is understanding her role in the destruction of the Eun family. The understanding is a product of her growth. Many other characters have come to that point a little earlier like Sang-chul and his children and it's nice to see the show come full circle with all of its characters. Well, all save for the sociopath Ji-hoon. His villainy is defined by his narcissism, which decisively preempts any growth in character. In fact, his lack of growth helps Song-hwa to break out of her selfish thoughts. It is why she chooses to keep Ji-hoon's secret.

The side stories continue to be developed to no real impact. They are rather lifeless threads that detract from the overall mystery and heart of the show. Mostly, the stories are just not compelling enough. They seem badly woven into the script in order to fill time rather than to promote the story and the overall feel of the drama. It's not a good thing this late in the game. The last six episodes need to be spent building and then unraveling the mystery. 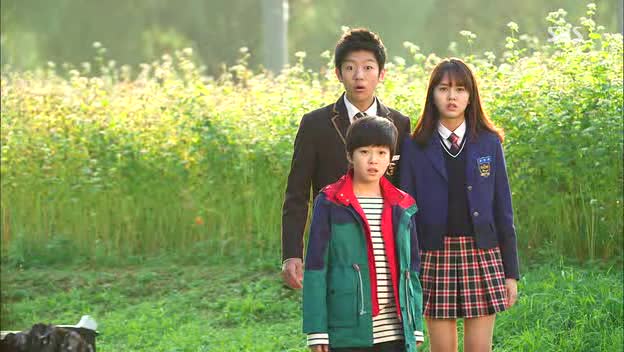 The biggest problem with "Suspicious Housekeeper" now is that it is spinning on its wheels. It's losing the suspense that it had earlier in the show. Perhaps it's running out of material. This happened in the latest Japanese adaption, The Queen's Classroom. Japanese doramas tend to run, as a rule, for a much shorter period of time. Expanding these dramas to fit a Korean drama format requires delicate planning to make sure that stagnation later in a drama's run does not happen.

Also, the children seem to have lost their individuality and have become "the Eun children" who move as a unit. It seems bizarre that they lost the personalities that so drove the beginning of the drama. It's a grievous underuse of talented child actors. Hopefully, "Suspicious Housekeeper" can remove itself from the slump it has fallen into.