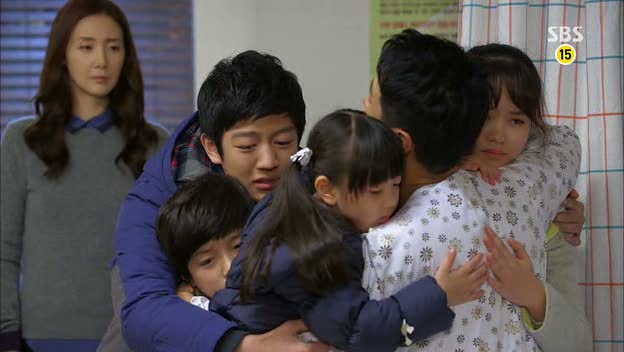 "Suspicious Housekeeper" is starting to feel the burden of its run time. At twenty episodes, the show feels like it is struggling for material. It has a strong cast and a strong OST, but that is not enough to carry it smoothly to the end.

The side story lines are attempting to drag the story forward, but they are not strong enough in and of themselves to do so. Even the more major plot threads, like mistress Song-hwa having a change of heart, are falling short. They are impotent. For a character such as Song-hwa to have such a large change of heart and be an effective story element means that the audience must find her worthy of empathy. She is not worthy of it. Nothing in Song-hwa's progress throughout this drama has endeared her to anyone. Part of it is Wang Ji-hye's delivery. She has trouble showing her character's inner turmoil, which is what is needed to garner sympathy.

Song-hwa's role is not the only awkward one. The other side plots are very out of place. They may eventually be integrated in the overall concept of the show, but for now they are choppily edited in and their inclusion makes "Suspicious Housekeeper" a jarring watch. 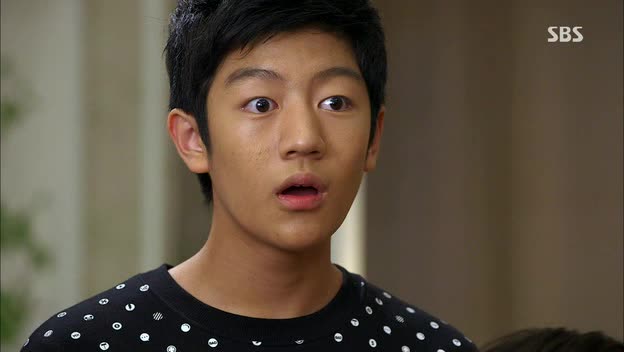 The side plots aren't the only oddly edited portions of the episode. Small tidbits that the director wants to include are roughly and inappropriately included in a sequence of scenes. For example, the oldest son, Doo-gyul, has been searching for his talent and discovers it in a random cooking scene. The director and writer obviously were attempting to show him learning and growing because of Bok-nyeo's advice, but it was so badly placed that the occurrence seemed to have no connection with anything else. This is a fault with the editing.

A semi-positive thing is that the children are growing to understand their father better. However, after how much they fought him and hated him in the beginning, the complete turn their attitudes took still strikes a false chord. The two oldest children are so supportive of their father that it's disconcerting. They seem like caricatures of teenagers rather than the believable, damaged children they were before the family's reconciliation. While this story is fiction, it takes place in modern day Korea and are portraying people, human beings. The children should progress as children would in such a situation.

The one person whose progression is most believable is father Eun Sang-chul. He's been gradually warming up to his kids and to Bok-nyeo. He has moments of realization that set him straight and they are honest and seem like something that could actually happen. As he comes to realize the role he played in breaking apart his family, he becomes more accessible to his children. The same sort of realization doesn't work as well for Song-hwa because she is not pitiable like Sang-chul is.

Ji-hoon, the sociopath obsessed with Bok-nyeo, has no moments of realization. His moments involve delving further into his twisted mind and extracting insanity. Song Jong-ho is doing a wonderful job with him and his chemistry with Choi Ji-woo is amazing. It makes the tension between the characters palpable. He is trying to mentally break her and make her his while she is planning revenge. Her revenge is becoming a huge point of moral contention. She loves the Eun family, but must hurt them in order to exact revenge and end her association with Ji-hoon. Bok-nyeo's character has become more unstable and along with it, the main plot line is becoming more unstable. It needs to even out.