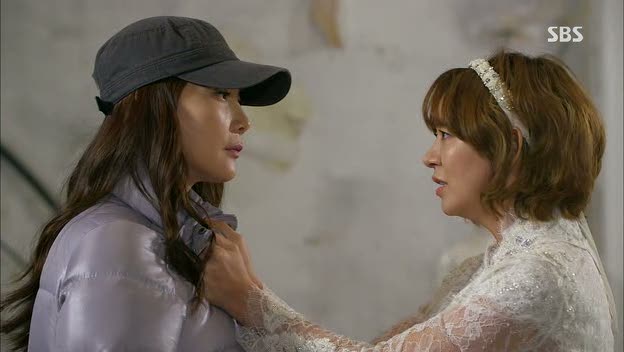 "Suspicious Housekeeper" has taken on a contemplative tone in its penultimate episode. She is now allowing herself to consider a future, and the decisions she has to make are difficult. The children's' aunt has a bigger role to play as has been hinted at throughout the series. The reformation of the Eun family is not yet complete and we have one episode left to send them off.

Bok-nyeo takes it upon herself to reform the Eun children, Sang-cheol and the aunt, Na-yeong. Of course, she does it with her usual game of reverse psychology. While this makes for good television, I personally find the method irksome and ridiculously manipulative. She is cruel to be kind and to force the family into realization of what really matters: to be a family and never lose the memory of their mother. Why couldn't she just say it outright? Probably because the show would've run out of material for the last two episodes. 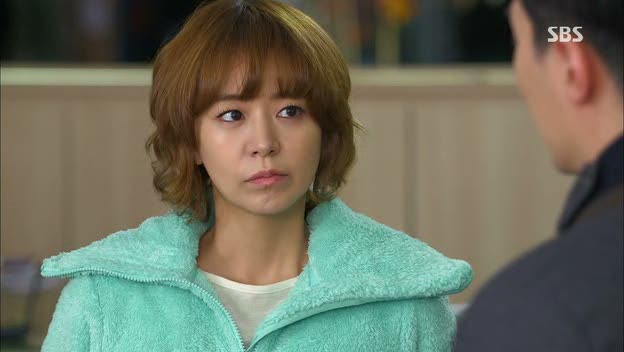 The character who I was pleased to see more of was the children's maternal aunt. There have been hints that she would have a larger role to play as part of the family and she has finally begun to play it. Unfortunately, she was stagnant for the first eighteen episodes and we only get juicy character development now. Her character is an interesting one: clumsy, seemingly good-for-nothing, but full of passion for her family. Bok-nyeo helps the aunt out very late in the game when it should've been much earlier to truly be effective. She draws the aunt out of complacency and makes her take action. It's a wonderful idea, but badly achieved by Bok-nyeo. Her method of aiding people is not much to my liking. She pushes people to the extreme, which has resulted in positive outcomes, but could very easily have turned the the other way.

As for the pesky side stories, they are wrapping up nicely. I am quite pleased with the butcher's wife and how she stands up for her son's extorted classmate. It's a side of her I wish I'd seen earlier. In fact, a lot of the things that cropped up in this episode I wish I'd seen earlier. Then they could've been made more relevant to the story. They could've been more strongly built into the microcosm of "Suspicious Housekeeper" and have been easier to root for.

Like I've said before, twenty episodes was too many for this drama. I'm curious to see how the production team will fill the hour during the final episode. I'm hoping to see how the Eun family has helped rehabilitate Bok-nyeo. And maybe, just maybe, we'll get to see her smile.