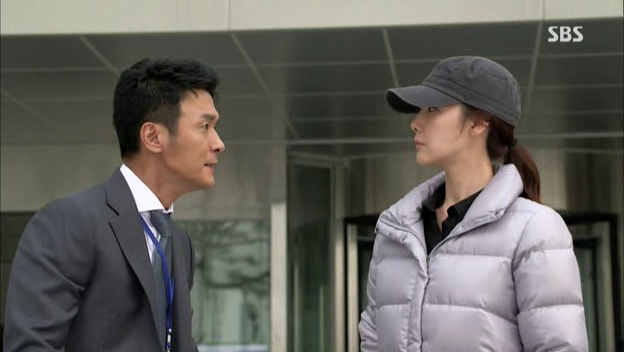 Bok-nyeo's effects are already strongly felt in the Eun family. Her extremes are forcing them to take action and reckon with themselves and their decisions. The oldest son, Doo-gyeol played by lively Chae Sang-woo, stops Bok-nyeo from walking Hye-gyeol into the river. The incident makes him suspicious of the housekeeper and those suspicions lead him to follow her around for a day with his younger siblings. They discover little save for the fact that there is quite a story behind their unsmiling housekeeper. This situation shows how close the siblings are and how well they work together despite their quibbling. 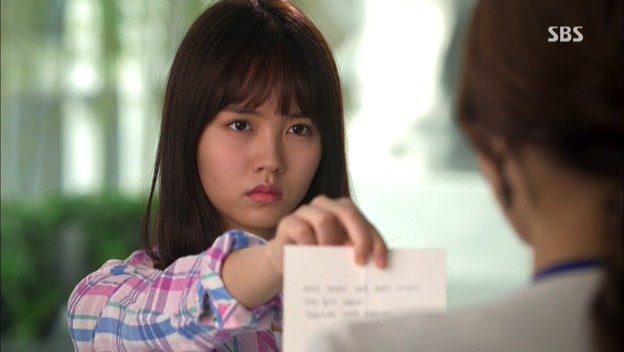 Han-gyeol, the eldest child, did not participate in the spying endeavor, but she has a heavier burden to bear. She discovers that her father was cheating on her mother with Song-hwa and that was the cause of her suicide. The suicide note was left on a birthday card that Sang-cheol carelessly told Bok-nyeo to put "wherever". He found it on the refrigerator, which was passive interference on Bok-nyeo's part.

The news hits Han-gyeol hard, as is to be expected, and she immediately loathes her father for his role in her mother's misery and suicide. Sang-cheol is clumsy in making his excuses to her and although his character is pitiable, its an great character to have in a family drama. A weak, needy, selfish man who needs to grow up and learn how to give of himself. The acting is so strong, that the dysfunction in the family is as palpable as the love between the siblings. 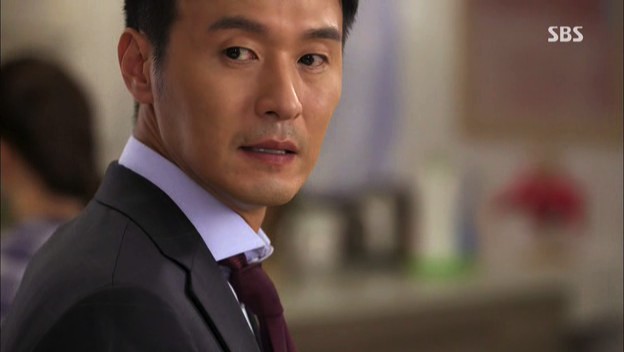 Throughout the episode, Bok-nyeo is a silent observer. When she is asked her opinion by any of the family members, she redirects to her chores. However, she does obey their orders, which makes her a double-edged sword. An angry Han-gyeol orders her to expose her father's treachery against her family to everyone at work and Bok-nyeo passes out fliers with a detailed account of his adultery in the lobby of his office building. The fliers also expose Song-hwa's identity, which she deserves despite her current guilt at her role in the suicide.. She was very cruel to his wife while she was living.

This kind of retribution is may not be Bok-nyeo's ultimate purpose in the Eun house. While unearthing truths is important, it's more important to learn to listen and to love. But this broken family is far from that as it stands. This is a journey that will be worth the watch, to watch a family heal and learn to function and love again. To do that, they need to learn to forgive and to turn to each other rather than to excuses and other people.