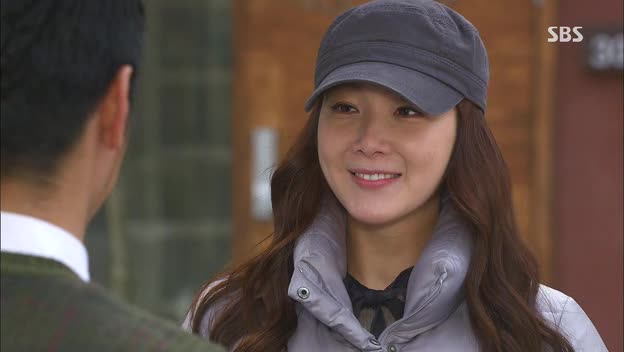 "Suspicious Housekeeper" has come to a bow-tied end. The Eun family has come to some very important realizations and so has Park Bok-nyeo.

This show has a lack of clarity that stems mostly from the show's length. "Suspicious Housekeeper" is based on the Japanese dorama "Kaseifu no Mita", which I have not seen. The dorama, however, was only eleven episodes long. A short airing period requires more quickly moving plots. The Korean remake was nearly double the length. This allowed for a lot of wavering in character development and slow plot development. It also made for a lot of repetition. This is a normal pitfall for remakes and "Suspicious Housekeeper" fell into it.

Despite the fact that this show got very slow at points, it had quite a few strengths. The acting was one of them. Choi Ji-woo was a stellar leader and brought life into Park Bok-nyeo's stiffest of moments. Bok-nyeo is not an easy character because her baseline expression is to have no expression. Therefore, Ji-woo had to rely on timing and micro movements in her face, which she did very well. From what little we saw of her, Shim I-yeong as the children's aunt did a wonderful job as the children's aunt. The actress and the character were woefully underused. The aunt only becomes truly important during the last two episodes of the show. She was sorely neglected during the first eighteen. 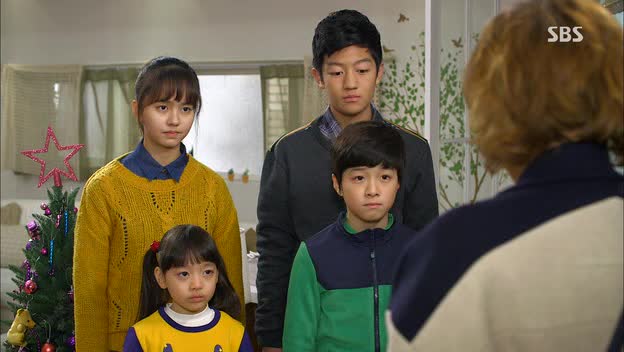 The children were also wonderful in this from the Eun kids to their classmates. They worked well together and with adults. Unfortunately, some of the child cast was woefully underused. The daughters were well-used while the sons seemed to be addressed in a cursory manner. This is a directorial fault because had the director chosen to show Bok-nyeo working with the boys rather than just instructing them, it would've brought the viewers closer to the boys and their relationship with Bok-nyeo. 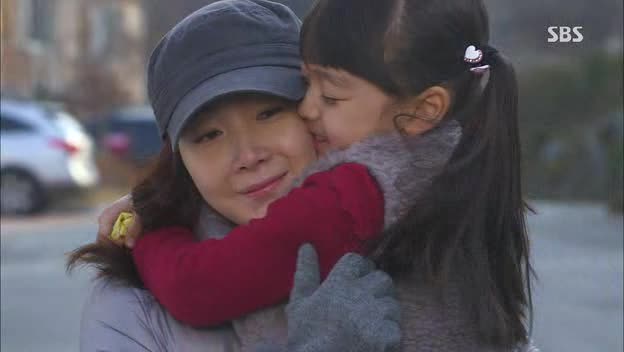 What was missing from the drama for me was the overall "feeling" of healing. Bok-nyeo comes to heal family and in turn is healed herself. Her methods are extreme and were effective plot tools during the first half of the drama. However, after Seo Ji-hoon is thrown in jail, the intensity with which she shows the family what is important seems too much. She slaps the complacent aunt to get a rise out of her. She forces the children to remember their mother. It seems unnecessary after everything the family and Bok-nyeo have been through together. And that is what made the last part of the drama lack in the "feeling" of healing. It didn't feel like Bok-nyeo and the Eun family benefited from each other. It merely involved too much crying from the adorable maknae and the children making slow realizations. Again, this all stems from the length of the drama. The use of Bok-nyeo's stiff character becomes repetitive after twenty hours of screen time.

As for the ending, it felt anticlimactic and insincere. It would've been stronger had it followed the Japanese dorama version. It seems very unlike Bok-nyeo's established behavior for the past twenty episodes and was probably written just to garner good ending ratings. What it did well, however, was the reveal of Bok-nyeo's smile. It was beautifully done and Choi Ji-woo nailed how difficult it was for Bok-nyeo to smile and reveal her heart and soul.

Perhaps if I wasn't writing a review this drama would've felt more solid, but instead, it felt scattered. Impactful moments were mixed with inane ones that blended to make a mediocre drama. It is unfortunate because the premise was strong, the Japanese version was well-received and the physical trappings were there. After watching, one will walk away feeling closure, but slightly unfulfilled.