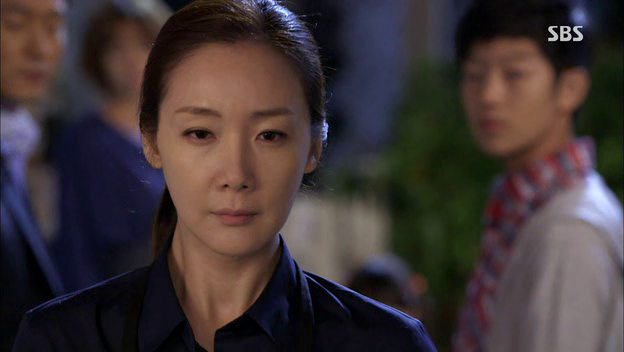 "Suspicious Housekeeper" starts to shed light in earnest on the dysfunctional Eun family. It's clear that the father, Eun Sang-cheol, is the heart of the problems and the key to turning the family around. Although his character is detestable, it's full of wonderful material to explore throughout the drama. He is selfish, doesn't care for his children, doesn't truly regret his wife's suicide and he's still pining after the woman he cheated on his wife with. Despite all of this, he is drawn to his four children, which is his saving grace. 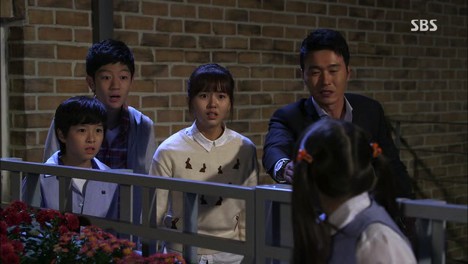 The oldest daughter, Han-gyul, tells her siblings about their father's treachery and when Sang-cheol fails to defend himself, she moves them out of his house and into their grandfather's house. Now alone, Sang-cheol fires Bok-nyeo. The two oldest children are furious at Sang-cheol while the two youngest want to try and reconcile with him. The youngest child, little Hye-gyul, borrows money from her bumbling aunt and hires "Suspicious Housekeeper" Bok-nyeo to help her re-unite her family.

Bok-nyeo continues to do as ordered. There is only one exception: when the involvement should be done by one of the family. In that case, she quietly waits until the family figures out what it wants to do. Sometimes, she goads them with shocking suggestions and waits for a plan to formulate. In Hye-gyul's situation, she suggests an event that causes extreme worry to bring the family together. Hye-gyul orders Bok-nyeo to kidnap her and tells her family that they must reconcile before she reveals her location. If they don't reconcile, she'll kill herself. 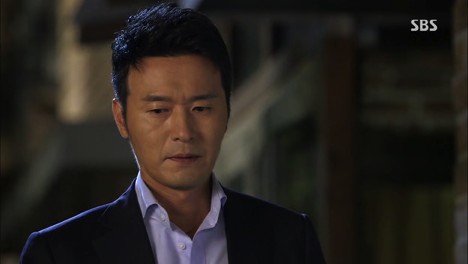 It is terrifying to think of a woman such as Bok-nyeo who would walk a child into a river to her death; or who would kidnap her to terrorize her family into reconciliation. Not only that, but Bok-nyeo allows Hye-gyul to sit on the edge of the roof ready to commit suicide should her family not follow her demands. At the same time, the extremes do work and push the family together. The children take their own steps to try and put their broken lives back together. The ideas in this story are great. They push social limitation and they provoke thought. However, this episode got a bit too dramatic and over-the-top in its portrayal of pain and rebellion. There was so much fighting and yelling on the part of every character that it was overwhelming rather than effective.

And the questions still remain: Who is Bok-nyeo? How did she become this way? Why does she choose to work as a housekeeper? Perhaps this broken family will help her find her answers as much as she helps them find theirs.