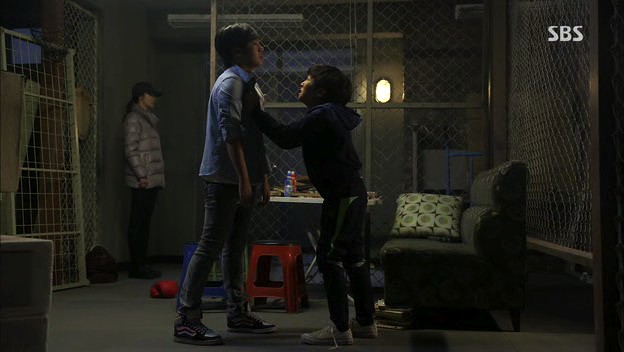 "Suspicious Housekeeper" continues to explore just how far Bok-nyeo will go with an order she is given. Not only does it seem like she will carry through with a death order, but she is capable of delving deep into emotional issues without saying a word. This ability unravels people and forces them to find a way to put their lives back together.

Bok-nyeo's expressionless facade and lack of emotional and verbal affect challenges the other characters to find their own answers. In that way, she becomes a mirror for whoever is speaking with her. The person with her is left to think of how others would respond to his or her actions. She is a stony conscience for the motherless family of four that she works for.

The person in the most denial and who needs most to change is selfish father Sang-cheol. His children kicked him out of the house and the first thing he does is look for his lover. It's a desperate thing, to look for a lover when he should be looking after his kids. But he does stalk his lover who is equally as selfish. She would preserve herself over her relationship with Sang-cheol. It's interesting how he seeks a relationship with someone who rejects him rather than fostering one with his children who love him and desperately want it. It takes just as much effort, but much more bravery. He has to admit fault in how he treated them. 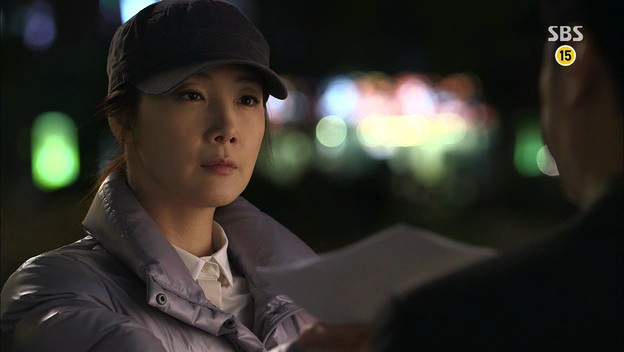 Sang-cheol's situation is fascinating because he is a father and has been one for a long time and yet he doesn't feel like one at all. The effect this has on his life and the lives of his children extends into the crevices of their souls. Difficult materials like this, what it means to be a parent, is some of my favorite stuff for exploration. There is always love and loyalty and revenge and on occasion a small taste of parenting, but never such a raw look into being a parent. I hope the show focuses more on his issues with parenting and less with his affair.

This episode we take a look at the youngest son, the third child, Eun Se-gyul played by the talented Nam Da-reum. He is the target of extreme bullying at school and feels like he can turn to no one in his family for help. The only person left is Bok-nyeo who listens to his woes and then tells him that it is up to him to find his own path. He orders her to steal a test for answers the bully wants; she does. He even orders her to kill the bully; she slams the bully against the wall. It's a terrifying moment that is cut short when Se-gyul's conscience eats at him. Bok-nyeo lives out his dark fantasies of revenge and when they are brought to life, he cannot let it happen. He stops the "murder" and decides to take revenge in his own way. 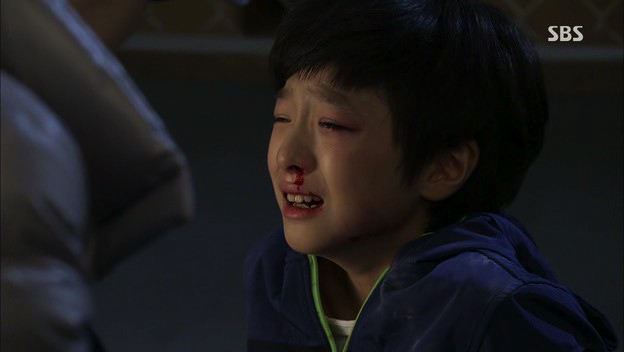 The extremity of Bok-nyeo's methods for helping people (I'm assuming she has come to this family as a dark version of Mary Poppins, bag-of-all-things-useful included) is a scary subject for the writer's to explore. The Japanese doramas chosen to adapt are usually ones with intense, extremely exaggerated people that force the viewers to reckon with themselves and their own beliefs. "Suspicious Housekeeper" is no different. In the children's situation, what would we do? Would we have Bok-nyeo steal a test to prevent bullying? Would we have her kill the bully and end his tormenting for good? She is not only a mirror of conscience, but a dangerous weapon.

Or is she? A man is looking for Bok-nyeo, which begs the question, "Why?" What happened in her past to make her this way and why does she handle others so severely? At the end of the episode, a not is left in the Eun mailbox that says that their housekeeper is a murderer. While this could or could not be true, it reinforces the question asked in the first scene of the show, "Would you kill someone?"

It is a dire question. Up until now, it's been explored well by the writer. The storytelling done by the camera and music has become much smoother since the start of the show and the cleaner transitions make the stakes seems much higher. With sixteen episodes left, I'm curious to see how the suspense will be maintained.