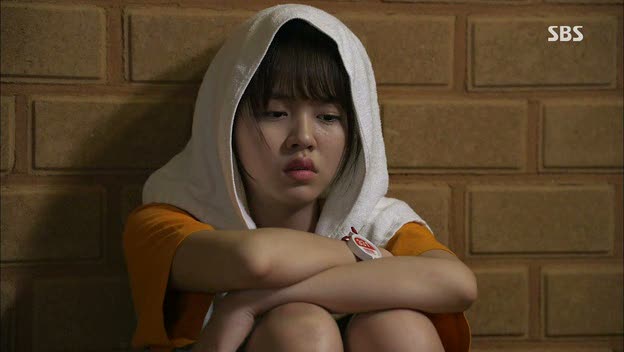 Episode 6 was oldest child Han-gyeol's turn to cross over to the dark side and break down. She asks Bok-nyeo how to punish her father and the reply is to ruin herself - it is a parent's worst nightmare. She decides to do it; she will break herself in order to punish her father. The problem with that is the fact that she is already as broken as her siblings are. It makes her vulnerable to manipulation by a player at school, to cruel words uttered by unthinking relatives, and to the Korean society's strict social standards.

While the three youngest children have had their suspicious housekeeper fueled catharses and are trying to embrace their less-than-perfect father and unique family unit, Han-gyeol is still furious about the entire situation. She is the only one who knows her father had planned to propose to his mistress and refuses to accept him before he is adequately punished. She resolves to ruin herself to punish him and sleeps over her boyfriend's house. This boy is a player who finds winning the emotionally unstable Han-gyeol a challenge, but feels nothing more. He spreads rumors that they slept together, making her a social pariah and eventually dumps her for another conquest, calling her needy and blaming the failed relationship on her just like her grandfather did. 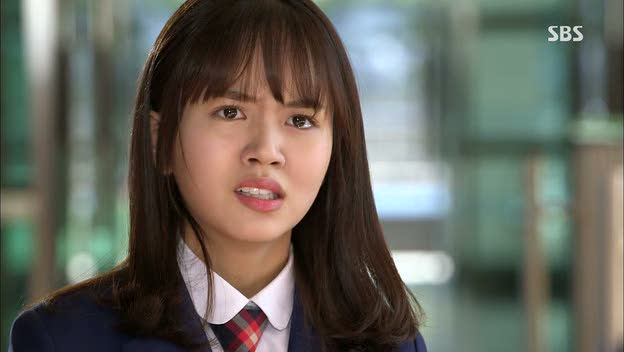 Watching Han-gyeol's heart get crushed by the cruel boyfriend was a fantastic moment thanks to the tight writing and spot-on acting. It comes during a period of particular weakness for Han-gyeol, after her grandfather blames her for being conceived and forcing her mother to marry her father. So when Han-gyeol is betrayed by her boyfriend, it is the straw that broke the camel's back. She plans to suicide and is stopped by her bumbling aunt who had been following her to make sure she didn't do anything foolish. The entire situation is a parallel of her mother's. Her mother felt betrayed by her father and suicided because she felt that she had no one to turn to.

The Suspicious Housekeeper makes pointed social comments on Korean society, its take on pre-marital sex, and how difficult it can be for a girl to overcome these obstacles through Han-gyeol's story. If pre-marital sex is even mentioned, a girl can be ruined and bears most of the shame and the blame. Her horrible ex-boyfriend's fangirls frame her as a child prostitute, which is easy to do with modern day technology. Even Han-gyeol's teacher is worried how his "fallen" student will affect the school's reputation. As we watch Han-gyeol wade through these murky social waters, we see how difficult it is for girl's her age to do the same. The Suspicious Housekeeper isn't preachy about it, it just presents the situation as it is with a little bit of television tossed in here and there.

Aside from the focus on Han-gyeol, Sang-cheol showed some growth. Rather than worrying about his mistress, he worries about his fight with Han-gyeol. It's a significant step forward for him. He doesn't have the guts to face Han-gyeol for long and leaves the house again, but he's trying. At one point, a miserable Han-gyeol runs away from home and he demands to know what Bok-nyeo was doing when she let his daughter leave. It's a question he will soon be asking himself.

And then there's Bok-nyeo. Another juicy tidbit about her was dropped this episode: she had a son who would've been Doo-gyeol's age had he not died. That's extremely significant. It explains why her stony visage seems to soften when she regards the Eun children. Choi Ji-woo is a fantastic actress because she's able to express mountains of emotion through minute facial changes. When the ahjumma next door insults the children, Ji-woo's Bok-nyeo seems furious with barely any change in her expression. Or, when Han-gyeol asks Bok-nyeo to kill her, Ji-woo's Bok-nyeo doesn't betray any emotion whatsoever. Yes, Han-gyeol asks to be killed and that is where the episode ends.

Death, murder to be exact, is a theme that will be explored soon. It is repeatedly introduced but not yet developed. It must have a connection to Bok-nyeo's mysterious background and with the death of her son and with the Stalker who keeps taking pictures of her.

More than the theme of death and the scrutinization of the Eun children's personality types is the overarching idea of family and what it means. It's something that hits home for this reviewer. Despite all the problems in the Eun family and all the reservations that Sang-cheol has as a father, family is something that perseveres. Bok-nyeo has a role to play and she's already begun to do so. Perhaps helping the Eun's heal their wounds will bring her to grow past her own.