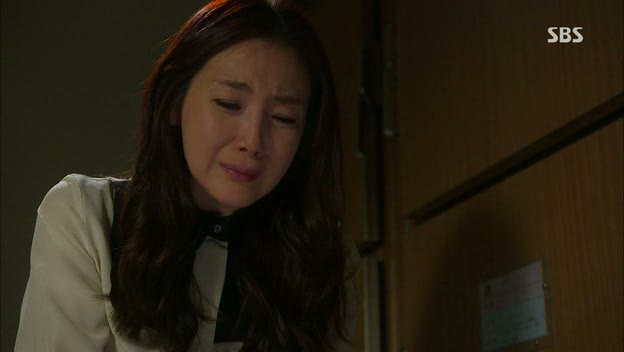 In response to Han-gyeol's kill order, Bok-nyeo ties her up and terrifies her, but doesn't kill her. Sang-chul ordered Bok-nyeo to protect Han-gyeol at all costs. After the emotion dies down, Bok-nyeo points out in her usual monotone that Han-gyeol doesn't have the courage to die - if people could die because they wanted to, Bok-nyeo wouldn't be in this world. It's the most emotion the suspicious housekeeper has revealed in seven episodes and it's a juicy morsel. She also explains that her boss, the quirky woman with a crush on Han-gyeol's grandfather, told her that everyone has A Reason to Live. She's still looking for it.

Moments later, Sang-chul has a chance to prove his worthiness as a father and explains that Han-gyeol has reason to live: she is the reason the family became a family. Her siblings band around her, understanding her breakdown. Then all the children ask Sang-chul to prove that he won't abandon them, but he can't just yet.

Until now, the children have suffered through the initial stages of change, mourning, shock and acclimating to Park Bok-nyeo. Now it's time to turn the story towards discovering the mysteries of Bok-nyeo and to forcing Sang-chul to grow up and become a decent father and human being. Before the story can fully do that, the writer resolves the last issue with Han-gyeol: the accusation of prostitution. The player who used her delivers video proof that was not in a way that seemed unnatural, like the writer didn't want any distractions from the story that was to unfold. 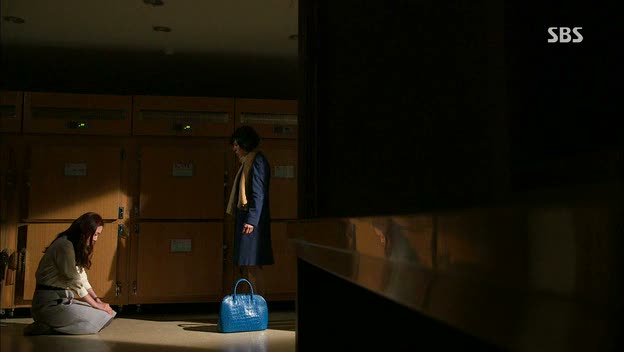 The nosy neighbor's husband reports on a mother-in-law who thinks her daughter-in-law killed her son and grandson because her husband cheated. It is obviously Bok-nyeo's story as is revealed in a memory of Bok-nyeo's where she cries at the morgue and her mother-in-law accuses her of killing her family. It explains why Bok-nyeo's already stony face hardens further whenever Sang-chul's infidelity arises in conversation. It also explains why she doesn't want to talk to the curious kids about her family and threatens to quit if they delve into her personal history. They had been investigating Bok-nyeo's past by questioning her boss, the very same boss who urges Bok-nyeo to forget her mother-in-law's nasty words.

Perhaps Bok-nyeo's story explores a bit of what Han-gyeol's episode did: how Korean society treats women and vilifies them. If Bok-nyeo's husband cheated and she is blamed for his death because she was angry at him, that is a very serious issue that often is addressed in K-drama. Women often take the blame for their significant other's/spouse's affair.

As for the mystery of Bok-nyeo, her mother-in-law is probably the person who sent the man to stalk Bok-nyeo and plant the letters to the Eun family stating that Bok-nyeo is a murderer. The slow reveal of Bok-nyeo's story is very effective because the character's in the story are just as curious as the viewers are about the mysteries of Bok-nyeo, her strange behavior and her uncanny brilliance. However, only the viewers are privy to the tense ending scene: Bok-nyeo faces her stalker in an abandoned building and holds him threateningly over the side of a broken wall. She is used to being followed, which clarifies why she doesn't like for the kids or Sang-chul to stand behind her.

As for Sang-chul, the kids have asked him to dump his mistress and come back to them, but he's finding it difficult because he still loves his mistress. His father-in-law witnesses him trying to talk to his mistress and decides to take the kids away. The situation turns into a yelling match where Sang-chul rightfully refuses his father-in-law's demand to turn over his kids. The father-in-law never once participated in the children's lives and has no right to start now. This scene shows that Sang-chul's growth as a father is starting to pick up steam. It is the second time in one episode he has defended his children. The scene ends in a trip to the hospital, however, because he approaches Bok-nyeo from behind and she flips him over her shoulder. She does not like being approached from behind.

A wonderful aspect of "Suspicious Housekeeper" is how much Choi Ji-woo can say with a minute change of expression in her face. With a slight furrow of the brow as she gazes at the moon, Bok-nyeo's deep sorry radiates from her in waves. She expresses fury with a clench of her jaw and fondness with a relaxing of the muscles around her eyes. It's absolutely brilliant. Also, the peek into Bok-nyeo's humanity in her flashback at the morgue was much needed to round her out as a character. It is easy to see that she is damaged and that her robotic facade is a coping mechanism, but to see who she was before she turned into a flesh-and-bone statue deepens the well of sympathy for her. She is a fantastic character who is the glue of the story.