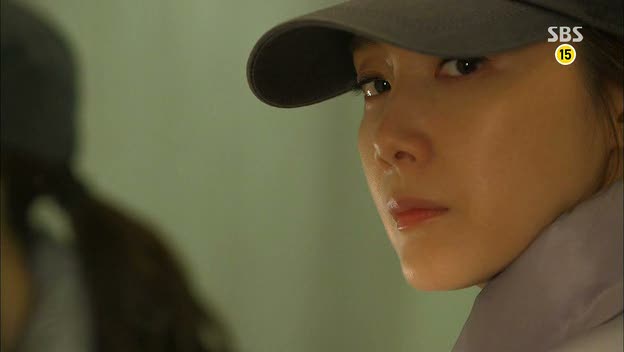 This was Sang-chul's episode to learn and grow. It took a couple of large events to knock some sense into him, but he finally realizes how he feels about his kids. He's chosen his path and now he has to walk it. Helping him with no small amount of antagonism is Bok-nyeo, the suspicious housekeeper. While she disapproves of his cheating and of how he's neglected his family, it's obvious she wants the family to reunite and live well together.

However, it's becoming more difficult for Bok-nyeo to be with the Eun family because her past relentlessly haunts her. She care for them, but can't let herself. The more she cares, the closer they feel to her and the more they want to know about her, which is dangerous. Bok-nyeo's stalker has threatened to never leave her in peace, which reminds her of why she never smiles: her mother-in-law ordered her never to smile because she murdered her husband and child.

It's such a wonderful dichotomy that Bok-nyeo's character poses: the seemingly stony and collected housekeeper on the outside versus the agonized wife and mother on the outside. At the start of the drama, these two parts of Bok-nyeo were compartmentalized, but as time is spent with the broken Eun family, the two parts start to meld together, making her more human. Her mask-like visage starts showing traces of emotion. She warns the family to stop asking about her and tries to distance herself from them, but it doesn't work. She tries to be a robot, but she's human and eventually that seeps through. 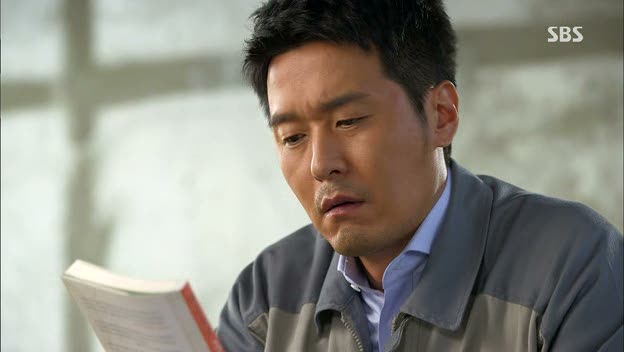 Sang-chul is the opposite of Bok-nyeo, hopelessly flawed and clumsily flailing for purchase. He wants to do right by his children, but he doesn't know what "right" is. He is still in love with his mistress and even loses his job fighting for her honor. One good thing comes of it: he realizes that he wants to prove his love for his children. However, he's afraid to do so after losing his job and losing a keepsake of his daughter's. He struggles to find it and that's a running theme in this drama, struggling to find the right path, to do what is right by the people one should do right by. The difference between the Sang-chul in this episode and the Sang-chul in earlier ones is the motivation. He is motivated rather than obligated to reunite with his children and to prove that he wants to be with them. 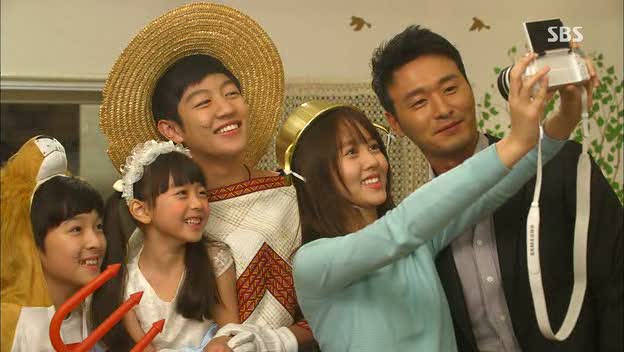 The youngest daughter is the lead in a school play and Sang-chul orders Bok-nyeo to stall the play so he can be there; he still misses it, but two things come of it. One, Bok-nyeo gets a warning from the police for threatening the assembly to stall it. She is now more infamous with the neighborhood mothers, which can only work against her, especially with the Eun family's neighbor's vendetta against her. (The neighbor ruins all housekeepers in the neighborhood who are pretty. Yes, her character is petty, overacted and is the worst thing about the drama.) The second thing that comes from the incident is that the kids and Bok-nyeo perform the play at home for Sang-chul who is extremely moved. The family then spends some quality time together taking pictures of themselves and smiling, something they haven't done for a while.

While the viewers are rewarded with a couple of minutes of family harmony, it is soon shattered when his mistress decides to beg him to come back to her after her life has been ruined by her greed. She goes to his hotel room while he is packing to return home and wants to take responsibility for their relationship. This time Bok-nyeo is there helping him back. She steps out, furious at the mistress, but coolly asks if he is done packing. The episode ends there, but it's a fantastic ending. After Sang-chul has come to a decision, he is immediately tested. It's relevant because Bok-nyeo mentioned that cheating was like gambling: highly addictive. Only Sang-chul can decide to stop and now is his chance to prove his dedication.

The formulaic nature of Sang-chul's character development really allows for some wonderful character study that overshadows the weaknesses of the show like the annoying neighbor and some of the preachy dialogue. The acting is also fantastic. I'm looking forward to how the next twelve episodes work through these characters and bring them to life.