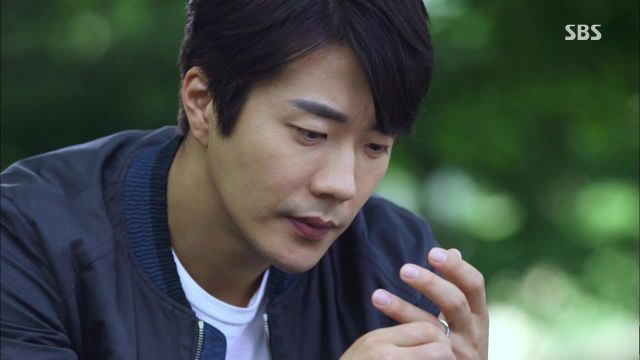 Seok-hoon and Hong-joo's relationship continues to collapse while Min-woo and Se-young meddle in attempt to help. The more unstable the relationship becomes, the less rationality plays a role in decision-making, especially on Hong-joo's part.

Hong-joo has officially snapped - she can no longer handle the stress of her crumbling marriage. Some exposition explained that she never shared her feelings growing up and always did well by other people, but never herself. It makes sense why a thing this serious would break her. At the same time, she has avoided all confrontation with Seok-hoon and spends most of her time imagining the worse rather than hashing out her issues with him. She has every right to feel hurt and betrayed, but the way she is handling this will get her nowhere. It's frustrating to watch her throw tantrums like a child and then neglect the adult actions like talking things out.

Not that Seok-hoon is any better than she is. He purposefully puts himself near Se-young with the excuse that he is proving his loyalty to Hong-joo. What he's really doing is spending a few final minutes with a woman he has a crush on, and that's wrong no matter how you spin it. He, too, is guilty of a severe lack of communication. A marriage problem isn't something a unilateral decision or action can determine. Those around them, including Min-woo and Se-young, can see this. A lot of people try to intervene and get the couple to communicate to no avail. The only times they do communicate is to convey dire circumstances, or consequences, or ultimatums. This can't go on much longer or the show will become a ping pong match rather than a story of human relationships.

Min-woo finally did something that truly benefitted someone other than himself. He advised Se-young to back off and let the Hong-joo/Seok-hoon couple work out their problems without her involvement. He may like Hong-joo, but that advice was truly given in her best interest. His feelings for her have opened him up to a perspective of the world other than his.

The same holds true for Se-young. Her feelings for Seok-hoon have made her re-evaluate her life and her actions except she is greedy to hold onto her first love. I want to say I hope she and Seok-hoon need to avoid each other for the rest of their lives, but there are twelve more episodes to go and a lot more angst to be had.

The show needs to spend more time on Roy's plight. He is the favored grandson, which ostracizes him from his step-mother and half-siblings. It's such a poignant issue. He's a little boy who just wants to be with the one person who treated him like a human being: Hong-joo. Instead he gets the two-dimensional Ji-seon as a step-mother. Ji-seon would be much more interesting if she were actually developed beyond the jealous, antagonistic wife trope. Her plight actually deserves sympathy, but the way that the character is written garners none.

Another underdeveloped relationship is Hong-gyu's and Se-jin's. Perhaps "underdeveloped" isn't the correct word for it. It's just that every other relationship in the show is overbearing while Hong-gyu and Se-jin are so honest in their dealings with each other. It's refreshing.

Like I've said in previous reviews, "Temptation" needs to be careful that it doesn't get caught up in its own dramatics and take care to develop the issues and the characters simultaneously. Neglect of either leaves the show wanting.