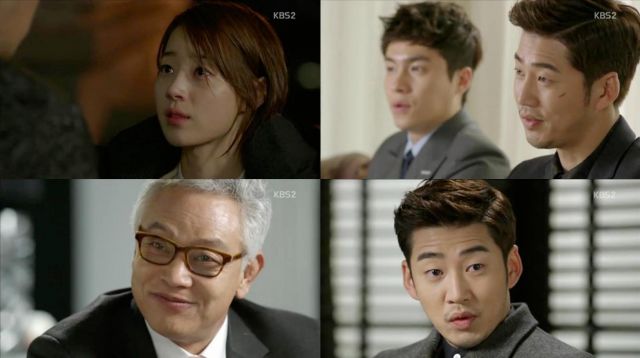 We finally get a good grasp on what the greater con artist plan is. And it's a pretty dumb plan, as expected. However, it's not dumb in the metatextual sense, in that it requires all the characters to be idiots. It's a perfectly workable plan that will probably achieve the con artists' goals in the short term. The problem is that in the long term the plan will almost certainly result in all of them being viciously murdered. Stealing diamonds is one thing, but messing around with loved ones?

I actually like this bit about the con artists. They're not evil, exactly, and it's easy to see why Se-ro keeps looking to them for emotional validation even after all the giant messes they've stirre dup in his life. What they are is a pack of big stupid jerks. Sure, these people think they're clever, no doubt giving themselves a pat on the back for outsmarting the wealthy. But they're overestimating themselves, and sooner or later they're going to fall down hard.

This is the first time "The Full Sun" has actually managed to deliver on the sense of impending dread the first scene of the first episode implied. I can see how Se-ro went from this to standing in a field ready to kill himself, even when the romantic storyline isn't taken into account. Se-ro's in deep enough with this people that there really isn't any way out. Whatever happens next, nobody's giving him an official pardon or anything. His fate is practically sealed there's nothing to be done about it, and Se-ro knows it.

Let's take another look at that loveline for a minute. Is it ever actually going to start? It's kind of weird that five episodes in, Se-ro and Yeong-won are still treating each other with vaguely awkward hostility. The scene with the coat is a great exemplar of this- it's a moment that's supposed to be romantic, normally, but it's painfully obvious that neither Se-ro or Yeong-won actually care about that stuff right now to a meaningful degree.

The drama's doing all right in terms of general quality for the moment, but I'm worried that we're going to get sucked into an unconvincing romantic plot just because. Right now I like Se-ro as the anguished guy who's fallen into the wrong crowd and get up, and Yeong-won as the paranoid hostile woman who lost her fiance for reasons unknown. Neither of these traits are particularly condusive to romance. I suppose we'll find out though.