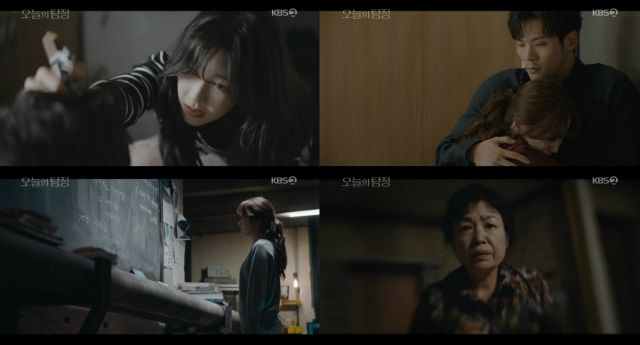 With Da-il's body possibly back in the race for survival, and Hye becoming more of a threat as we go along, a lot changes for our heroes. Between navigating the emotional maze of what this means for their relationships and future, and trying to keep Hye's manipulation at bay, Team Good is juggling a lot, and so is the plot. A very soapy twist is tossed into the mix, but I hope that we will avoid it.

I could use this entire piece to unravel the inconsistencies in the mystery woman's identity and Da-il's (Choi Daniel) location, but I will not. After all, the facts are few. We know Jeon Deok-joong (Jeon Bae-soo) took his body of unknown status somewhere. We know he left a clue related to someone he feels can be found as a mom. We know Da-il's caretaker knows about 1 AM, and that she seems unstable and stuck in her past with one child. 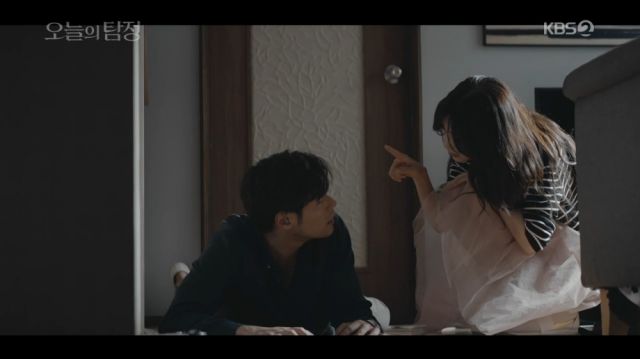 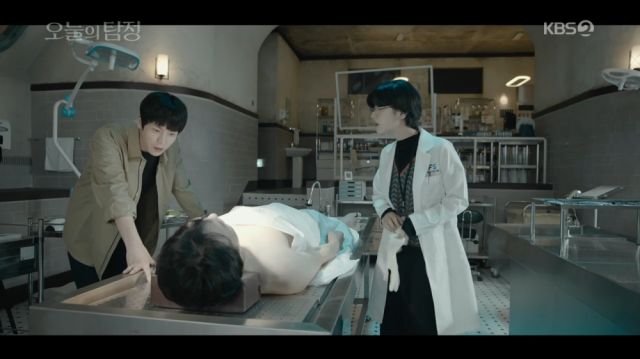 Everything else around this seems sketchy, and sadly so do the leaps in logic made by Yeo-wool (Park Eun-bin) in order to create some sort of tease for an irrational birth secret between Da-il and Hye (Lee Ji-ah). I am not sure how our heroine turned a woman in her 60s with one child into a woman of that age with two children she misses. I am also not sure why she assumed that this person would definitely be in Jeon's patient list.

Maybe Da-il is alive and well. Maybe he is in the body of someone's comatose son. Hopefully the more "colorful" possibility will be avoided, given how cemented the dead and living parties in Hye's past have been. What is more important than this is what is happening with our characters' emotions. For one, Hye is becoming increasingly unstable, and the 'A Few Good Men' crew have no confirmed way of stopping a superpowered zombie. 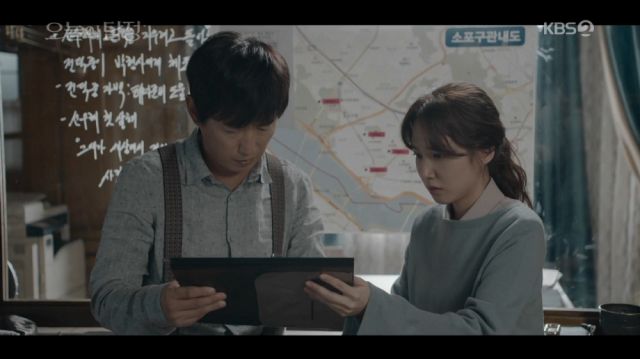 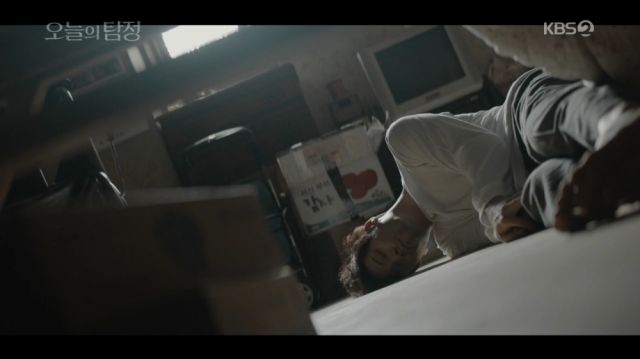 Equally important is that Da-il's soul is in danger during this process, and so is the group's emotional well-being. Sang-seop (Kim Won-hae) would wither without Da-il. Yeo-wool is clearly very attached by now. Chae-won (Lee Joo-young) is rediscovering her identity, and poor Jeong-dae (Lee Jae-kyoon) is dealing with a lot while trying to do the right thing. Everyone depends on Da-il being okay and leading this mission.

As jumbled as the details feel right now, this emotional core is rock solid. I am also glad to see Hye finally being fleshed out as a lot more disturbed, and more tragic than we previously imagined. It may not be subtle at all, but I also find the way in which different groups operate well-conceived. Those who succumb fight alone, those who destroy abuse one another, and those who protect work together in a functional group. May the Scooby gang flourish.