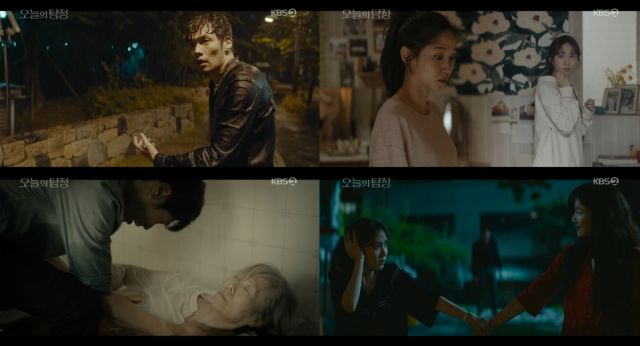 Serial killers are scary, but serial killers with superpowers are terrifying. "The Ghost Detective" brings more twists, leaving our heroes with little time to process what is happening to them, and what has happened in their now shared past. The Woman in Red has a lot of secrets, and I am starting to wonder if several of the characters we have met so far are part of a common, supernaturally skilled group.

Episodes five and six introduce us to some rules about Da-il's (Choi Daniel) existence, and this is where our suspension of disbelief has to stretch more than Mister Fantastic. Da-il can be stopped by walls, he can take a seat and bang his head on doors, but he cannot use doorknobs. Perhaps this has to do with passive vs. active touch, but at the end of the day, we cannot have the lead standing around for 32 episodes, so the series needs its own rules. 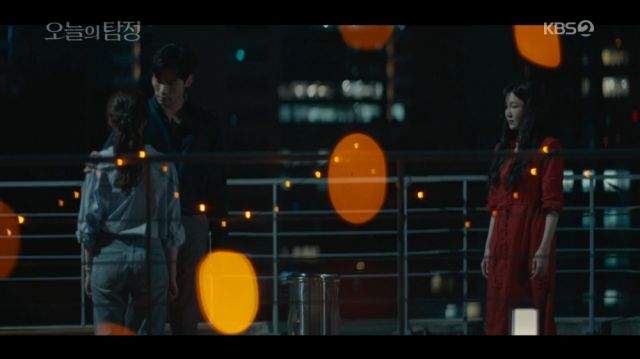 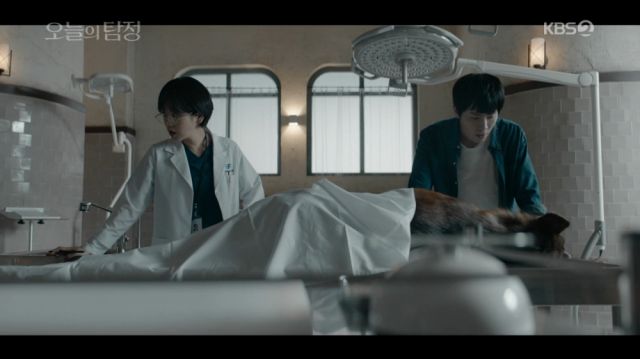 Him being able to touch Yeo-wool (Park Eun-bin) and the hearing aid are therefore significant. Why can the device pick up echoes of the past, and who is the gifted one? The object? Its previous owner? Its current user? Maybe our characters are superhuman. The Woman in Red (Lee Ji-ah) has abilities. Da-il is starting to discover his. Chae-won (Lee Joo-young) uses psychometry, and even Jeong-dae (Lee Jae-kyoon) has his eerie hunches.

When it comes to these supernatural skills, Yeo-wool having only now discovered her abilities is odd. She is dealing remarkably well with Da-il's nature and all recent events, which makes me wonder if she truly never exhibited such skills before. Did she simply come to terms with them, following the invisible to cameras Woman in Red? It would still be more reasonable for her to think that she is hallucinating, and possibly ill. So why does she not? 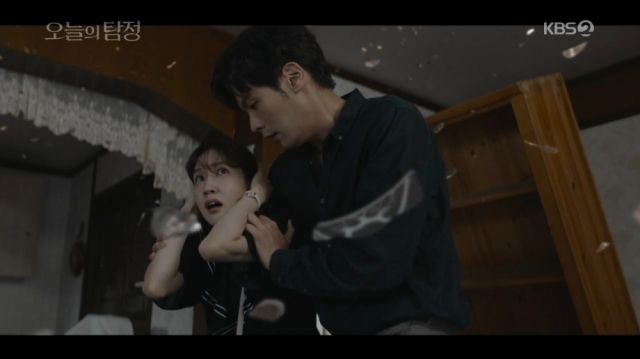 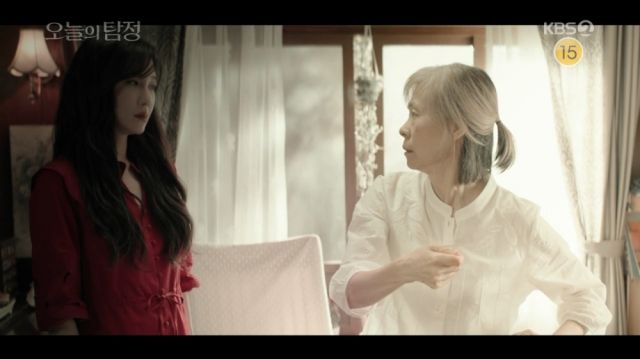 This is equally puzzling during the death of Da-il's mother (Ye Soo-jung). Not only is she, like Yi-rang (Chae Ji-an), unaffected, she immediately accepts her situation as created by an existing entity, and even believes that it can kill her son. Is this a case of strong superstitions and reduced mental stamina obscuring the possibility of a logical explanation, is it a writing flaw, or do these people know something more about their reality?

Which brings us to the culprit, the comatose Woman in Red. Aside from her condition giving us hope for Da-il, I am curious about her motives, and her focus on specific individuals. Is this revenge? Is she an experiment? I have been wondering why the Ministry of Science and ICT is helping the production, so perhaps a fictional organization will become involved. Or maybe "The Ghost Detective" is too good at making me irrationally suspicious.