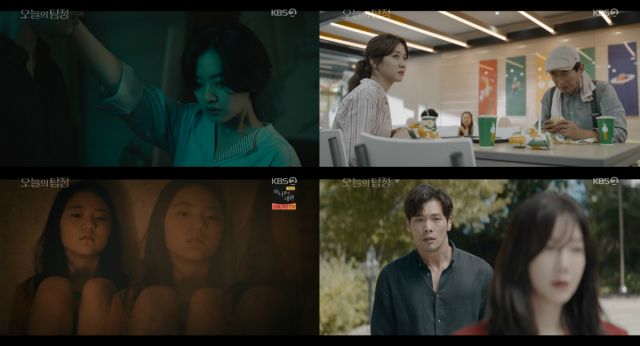 The Woman in Red has finally met worthy challengers in "The Ghost Detective", and she is one mighty sore loser. With her psyche becoming more unstable, and our heroes a bigger thorn in her ghostly side, things are about to escalate. A new character appears, and the time has come for Sang-seob to learn of Da-il's current situation, which gives birth to a Subway product placement scene I never thought could make me cry.

Sang-seob (Kim Won-hae) might have been the comic relief to begin with, but his current reversal is a welcome, and appreciated one. The man is clearly smart and talented, and he cares a lot about Da-il (Choi Daniel). The food offering scene is moving, informative, and very smartly done, so take notes on product placement, Dramaland. It also follows the non-discovery of Da-il's body, which has been bothering me for a while. 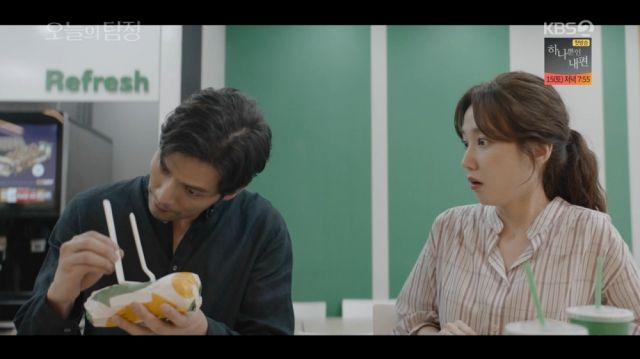 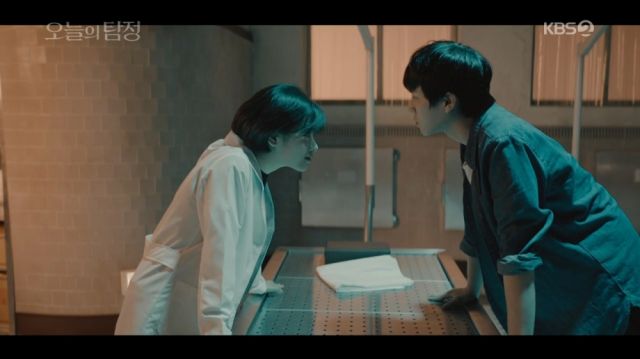 Da-il was given blunt force trauma and buried, but there has been no news or official investigation of the incident, and the crime scene has not been sectioned off. Unless we are deliberately not being shown this for future emotional impact, his body seems to have dropped outside of official processing. If so, however, who was the John Doe at Chae-won's (Lee Joo-young) workplace, who were the ones taking him, and where did they take him?

Chae-won's history dashes our hopes for Da-il's survival significantly, since it confirms that not only comatose souls linger. Will we see ones who are not the Woman's in Red (Lee Ji-ah) hallucinations eventually? Her story seems like a simple case of a child whose mind broke following trauma, but I bet that there is more to it, and to the reason why she has a seizure after the kindergarten events. I also bet there is more to our heroes' involvement. 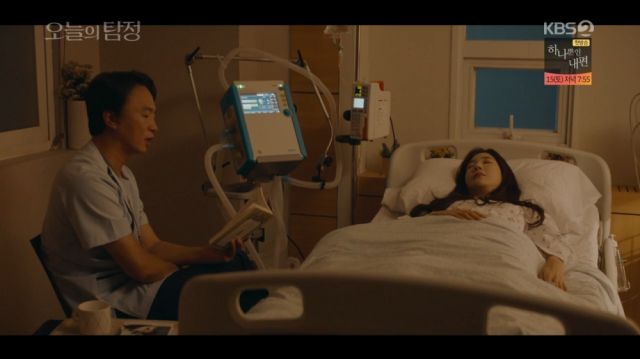 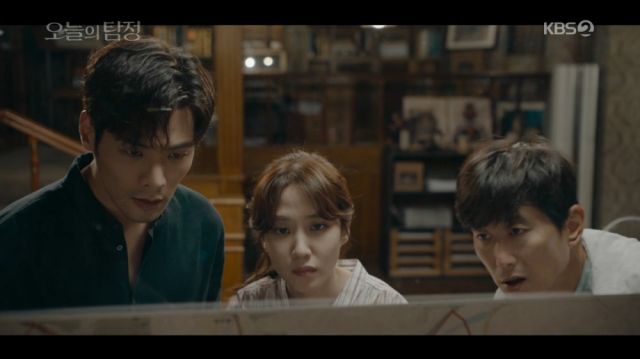 Perhaps our newly introduced characters will hold some answers, because this is Dramaland, and you know that no two suspicious people can hang out at the same coffee place without being connected. The orderly (Jeon Bae-soo) of our villain, and this childhood acquaintance of Yeo-wool (Park Eun-bin), Kim Gyeol (Shin Jae-ha), have to be involved somehow. Will the young man also have powers, or perhaps a position of leverage for our Team Good?

"The Ghost Detective" has given us quite the introduction. I am curious where we will go from here, given how close the team is to our villain's identity, and given her own fast-acting rage. I write about the mystery a lot, but I would not be as invested in the drama were its main characters not so endearing. Immersion requires caring, and I hope that the drama can take my caring heart to satisfying places.