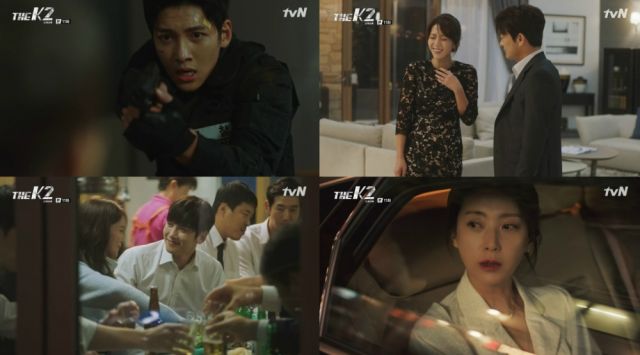 The attempt to kill Gwan-soo fails and Je-ha finds himself trapped with his target and unable to kill him. Tough negotiations begin and Je-ha manages to get out and at the same time form a powerful, but false alliance. Our hero returns to his lady, but things are still falling apart around them. Yoo-jin has reached a breaking point and physical violence from Se-joon which pushes her off the edge.

Due to the drama's writing being lacking for the most part, I appreciate moments where the actors can use their skill to elevate a scene. The delicate game of control between Gwang-soo (Kim Kap-soo), Yoo-jin (Song Yoon-ah) and Je-ha (Ji Chang-wook) is one such occasion. The scene is presented nicely and the tension works, because it relies on a simple concept and lets its actors do their work. We know there will be no death, but who will win is the engaging bit. 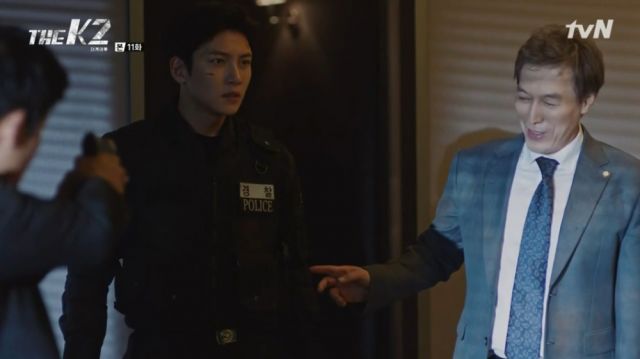 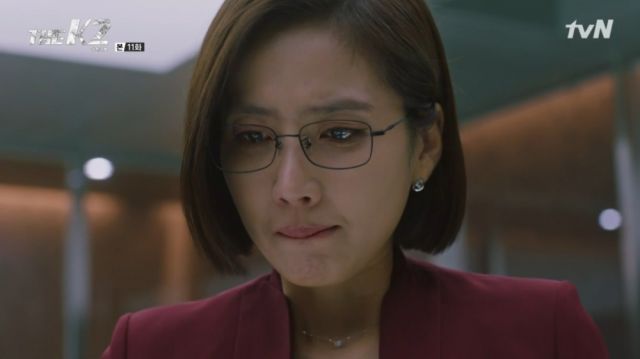 Tensions run pretty high at this point and not only in the safe room. I have to assume Chief Kim (Shin Dong-mi) is either in love or obsessed with Yoo-jin, but I cannot really feel the latter's betrayal and the former's sense of being betrayed when Yoo-jin threatens Chief Kim. Once again, we are missing the necessary backstory to give this relationship impact past the actresses' performances. Why is Kim so hurt? I cannot feel the extent of her pain this way.

One thing I both appreciate and am disappointed in is that we finally get to know Yoo-jin killed Hye-rin (Son Tae-young)or rather had someone do it, as I imagine she would not get her own hands dirty. The reason I appreciate this is because my curiosity is satisfied. The reason I am disappointed is because it really does seem like Yoo-jin is delusional and at the same time suffering from victim mentality. Since the backstory is missing here as well, this is all I can assume without having seen what has driven her to this. 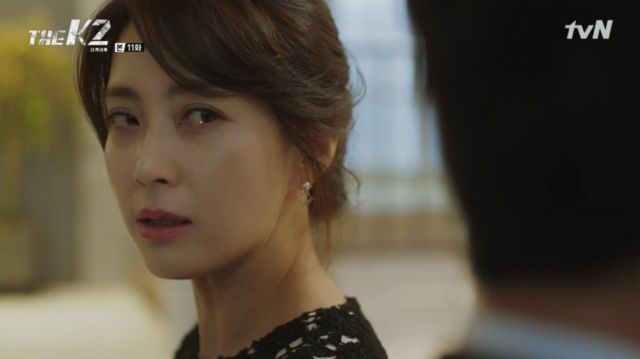 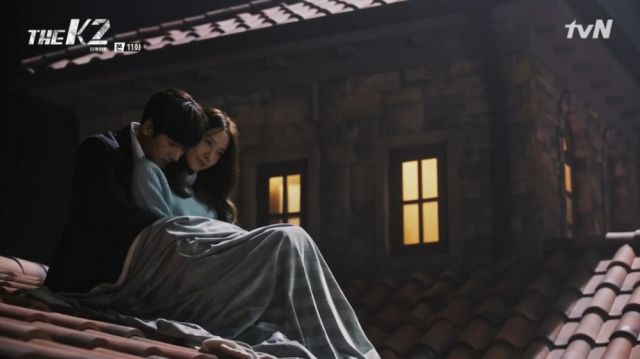 Despite mostly everyone being a mess, at least Je-ha and Ahn-na (Yoona) are having fun. I am not sure how the man skipped from "She reminds me of Raniya" to "Everything is fine" so quickly, but then love sometimes has as much logic as Jang Hyeok-rin's writing, so I suppose the shoe fits. Unfortunately Yoo-jin's decline as a character is about to be connected to this.

I have seen her jealousy and the hunting down of Je-ha and Ahn-na coming, but it is still disappointing to see the villainess reduced to her emotions and mental problems. It is a common way to belittle strong female characters and it is a shame to see it happen in a series which has been doing so well with its villain. Then again, I should expect "The K2" to get most things wrong by now.