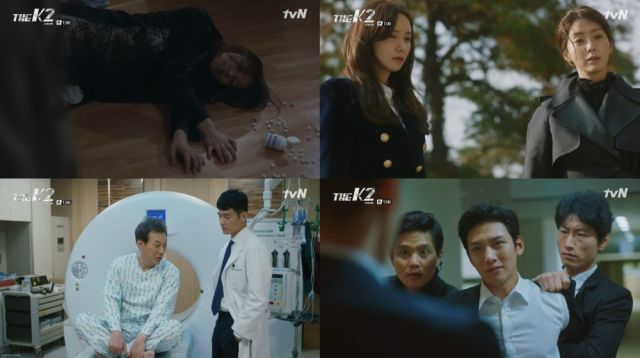 The time has come when our antagonists' masks give way to reveal the ugly faces underneath in episode thirteen of "The K2". Everyone falls into a trap designed by our villain, Yoo-jin and she has big plans for those involved. The episode confirms some things for Je-ha, Ahn-na and us, bringing us closer to the final battle with the several enemies our heroes have to deal with.

Let us talk Yoo-jin first, because it is a testament to Song Yoon-ah's great acting and a triumph for one of the few nicely written parts of the story that Yoo-jin's true nature has been kept so nicely hidden. Yoo-jin has fluctuated between glimpses of humanity and monstrous fixation on control so elegantly, keeping her true self and final fate between that humanity and greed a mystery and therefore an exciting part of an otherwise lackluster series. 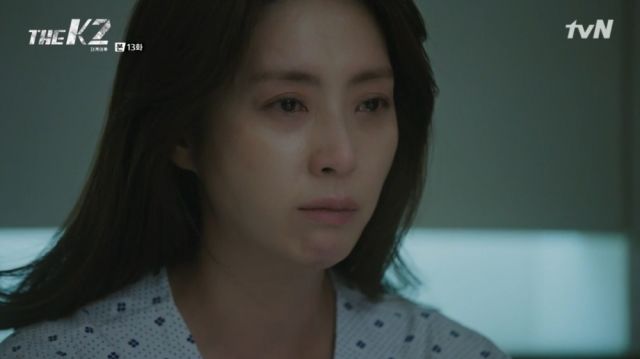 Ahn-na (Yoona) has her own wake up call regarding Yoo-jin, but even more so regarding her "uncle", Seong-won (Lee Jung-jin). We have seen it coming and it is understandable that she has not, so her disappointment carries weight. Lastly and more tragically, she finally realizes just what kind of a person her father, Se-joon (Jo Sung-ha) is. On other other hand, Je-ha (Ji Chang-wook) confuses me as a character due to his behavior lately and this includes his faith in Se-joon and Yoo-jin.

As I said in my previous review, Je-ha has seen ample proof of Yoo-jin's nature, yet he seems to believe her about not murdering Hye-rin (Son Tae-young) or at least he wants to believe her. That is, until the surprise confession allows him to see things clearly. He also continues to trust Se-joon out of some misguided faith in blood-related love. For a man who has seen the worst of those in power and their deceit, his plans seem to rely on people's decency a lot. 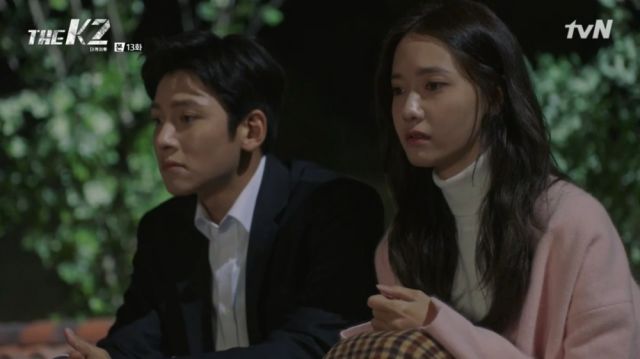 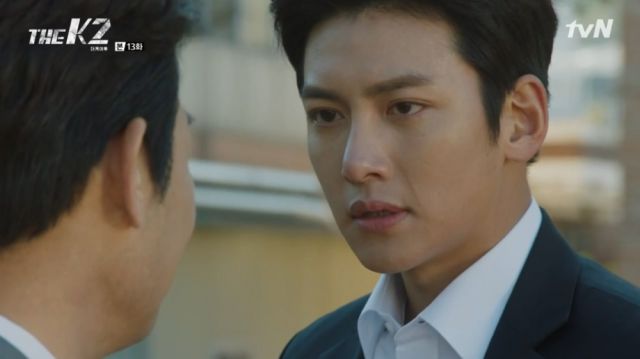 This is why I find his sudden turn to a genius strategist and his lack of adequate development leading up to it a big problem. When the hero has been a walking stereotype with a clear moral alignment and next to nothing beyond that, we end up with someone the story does not support enough to explain their contradictory qualities. This is the problem with a hero whose thoughts we are not privy to.

Unfortunately, it is too late to address this now, so we just have to accept that Je-ha is a relentless optimist with incredible intelligence and great affinity for politics. His plan can conveniently bring all antagonists down and save Ahn-na, so at least the series plans to close all of its open ends with one move, which is better than not closing them.