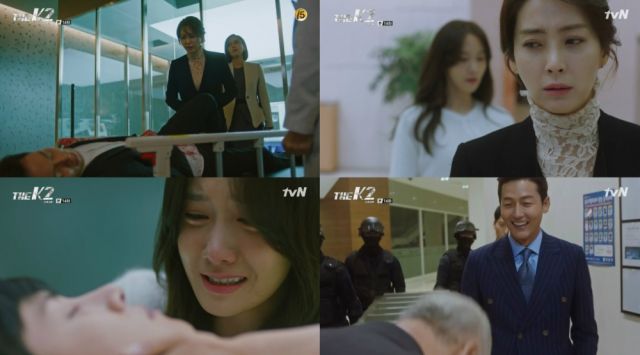 Je-ha is out of commission during episode fourteen of "The K2" and you would think that he is secretly the President, because everything collapses around him. All of our antagonists gather like panicked, hungry vultures over our hero and the new plot device USB, new obstacles appear and Ahn-na is left temporarily exposed, alone and defenseless against Yoo-jin and her desire to see Ahn-na gone.

The series has reached the lowest point it can hit consistently- and story-wise in this episode. This is a common result of live filmed material further exacerbated by an already badly constructed concept. The flashbacks are constant, even for scenes we witness minutes before them and even a dramatic near-death experience is turned into an awkward romantic montage and Subway product placement. "Their sandwiches are to die for" says the series as Je-ha (Ji Chang-wook) fights for his life. 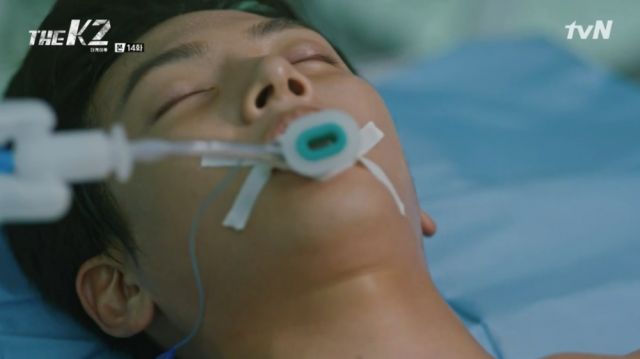 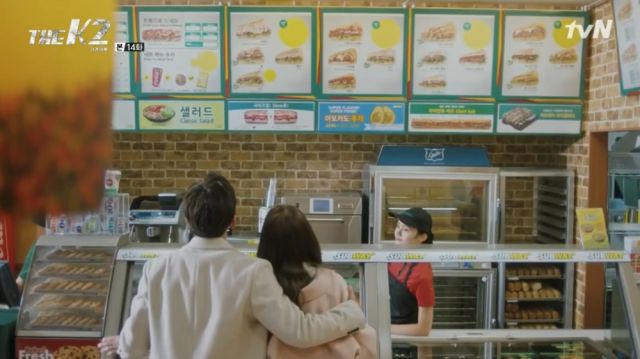 Speaking about the romance, the drama opts for noble idiocy on behalf of Ahn-na (Yoona) and uses it to enhance Yoo-jin's (Song Yoon-ah) evil status, which has kicked into high gear as of late. I do not feel Ahn-na being as naive is out of character at all and I would have no problem with sacrifices from her and Je-ha if they arrived earlier and for a fleshed out romance, but theirs has been so poorly developed and we are two episodes away from the end.

The biggest problem with these sacrifices is that they add another mess to sort in just these two remaining episodes. It feels as if the the creators are trying so hard to inject hooks for viewers to latch on to and stay with the drama until the end that they have given up on considering where those hooks will lead. A romance, a main antagonist's fate, a revenge, shifting of loyalties and even the country's future hanging in the balance is just too much. 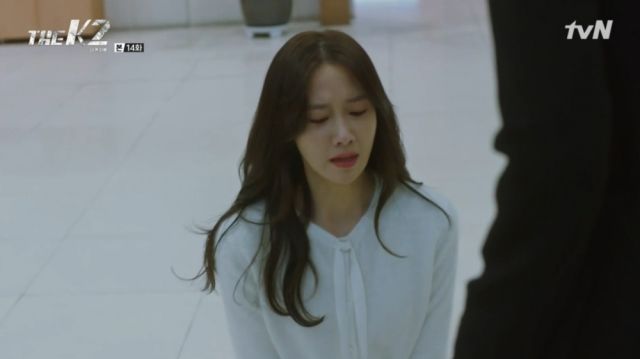 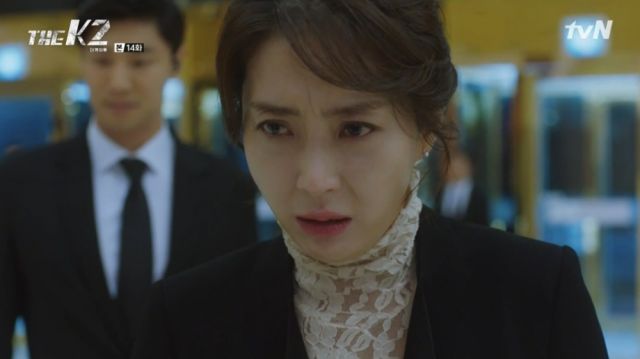 Shifting loyalties is a concept ripe with dramatic potential and so it is not a problem in the right context, but the ever so regretful lack of back story ruins the day once again. What is Yoo-jin's past with her three main subordinates? Kim (Shin Dong-mi) disobeys her, Kook (Ko In-beom) betrays her and Joo (Jeon Bae-soo) latches on for whatever reason, but there is no gravity to any of these actions.

At this point there is no possible way to address all of these new issues or wrap all the plot points up gracefully, not that the series has been very graceful to begin with. At least Ji Chang-wook probably got to sleep while playing injured. My sympathies to the hardworking cast and (most of the) crew and a thank you for doing their jobs diligently.