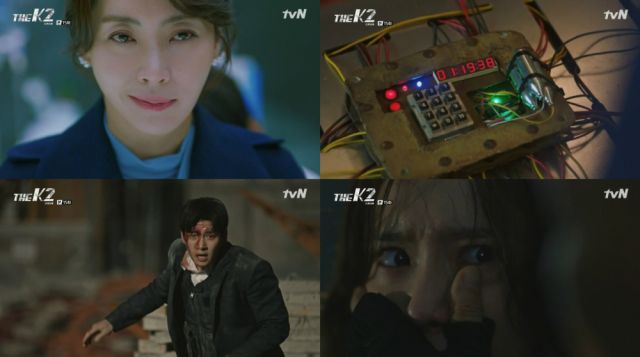 If there is one good thing I can say about the messy plot writing of "The K2" at the moment is that it at least goes all out on grand concepts and this is currently the bomb. No, this is not the idiom indicating superiority and greatness, but the actual bomb Seong-won borrowed from a shady source in order to stupidly wave in front of a woman who eats grabby hands for breakfast and currently holds a powerful tool hostage.

So much happens in episode fifteen that I am not even sure where to begin. I suppose I can begin from this very fact. The series is trying to handle a crisis while revealing the past and everything gets lost in the never-ending suspense of the ticking bomb. Who killed whom, where, who did what, why, who controls what and how all becomes one big mess in the middle of an emergency situation. 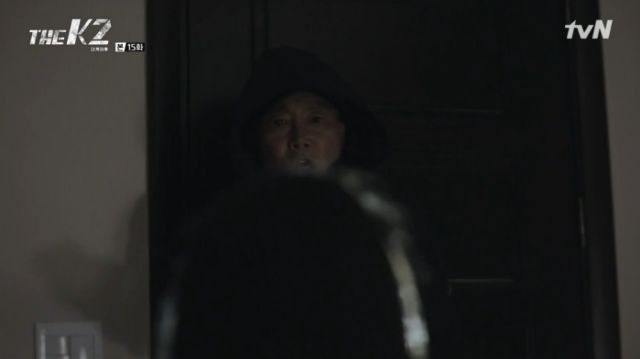 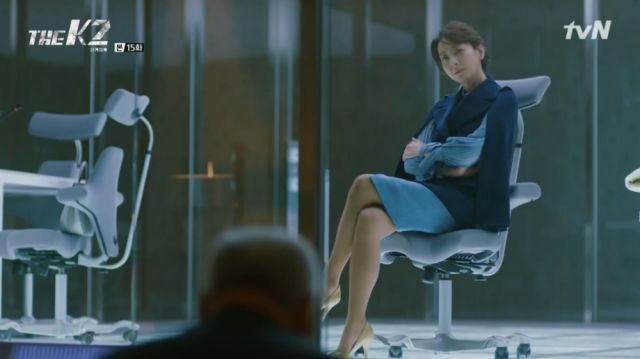 The one mess which has overstayed its welcome for the impact it has in the story is Uhm Hye-rin's (Son Tae-young) death. The writer keeps baiting the answer while dangling Yoo-jin's (Song Yoon-ah) morality before us, but the answer does not matter. Yoo-jin has ordered the deaths of the romantic couple and other persons. She has done unspeakable things for others and viewers to see. Whether she killed one woman or not will not change this. Is the writer hoping viewers will be bound by curiosity?

Which brings us to Yoo-jin's staff and their own stupidity and convenient amnesia. Yoo-jin has access to the families of everyone around her. This is a fact which she has demonstrated in the past and in Chief Kook's (Ko In-beom) presence, no less. So how exactly do the creators expect us to believe his shock when his family is threatened? Seong-won (Lee Jung-jin) trusting Gwan-soo (Kim Kap-soo) with his life is another moment of brilliant intellect. 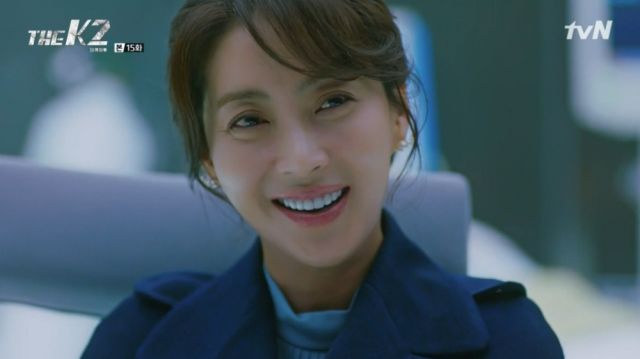 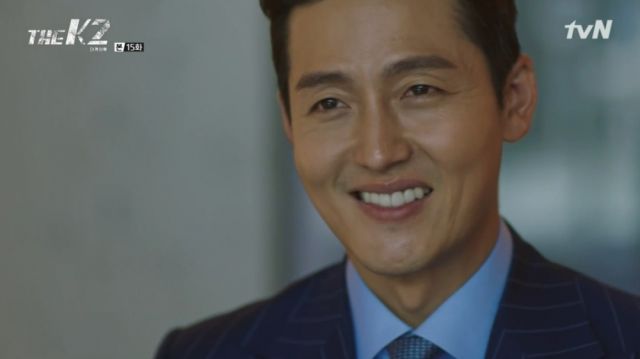 Putting the messy bits aside, the episode relies a lot on the battle of nerves between Yoo-jin and Seong-won, which is a good thing. The two actors have good chemistry and although most viewers probably want to see the siblings get blown halfway to Hell together, knowing who will win the battle creates anticipation and excitement. A lot will change for all the characters if Cloud Nine disappears, so the stakes are generally high.

I also find the farewell scene between Je-ha (Ji Chang-wook) and Yoo-jin nicely done. Sadly, their bond has not been developed enough for the silent communication and complete trust between them during this crisis to have emotional impact or be believable. With one episode of "The K2" to go, my sadistic viewer instincts want blood. Let us see which characters it will come from.