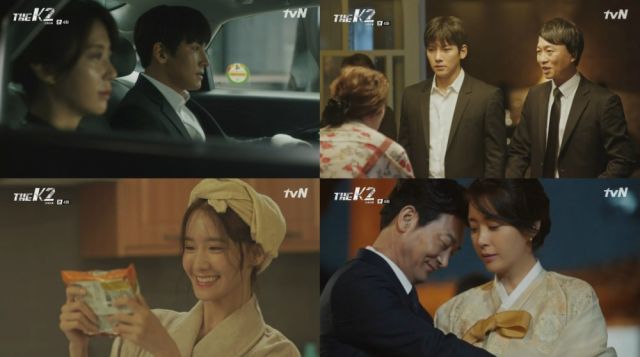 Je-ha's encounter with someone who has wronged him in the past motivates him into accepting the job as a JSS bodyguard. Our hero has to fight through the dislike and distrust of other members as he begins his work, which is none other than keeping an eye on Ahn-na. Meanwhile Yoo-jin and Gwan-soo have the most polite confrontation over their hostilities. We get new characters, shower fights and a lightness in tone as we move into the main story.

Episode four sheds some light on Ahn-na's (Yoona) view of her father. She and Yoo-jin (Song Yoon-ah) share the sad similarity of wanting affection from Se-joon (Jo Sung-ha). The concept worries me for Yoo-jin, because family or a man's love as a female antagonist's motivator are often used to make them pitiful or even worse, undermine their skill and composure in very sexist ways. Nevertheless, I am curious why Yoo-jin expects anything from Se-joon after what she has done to him. 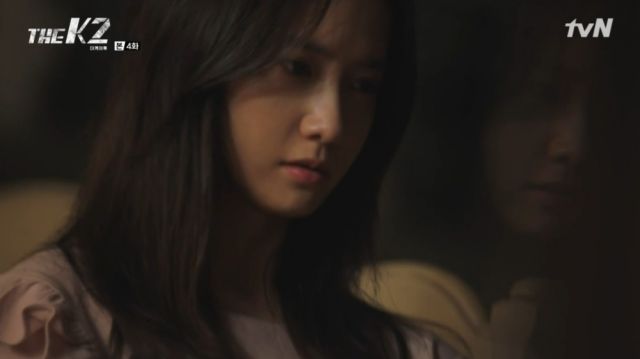 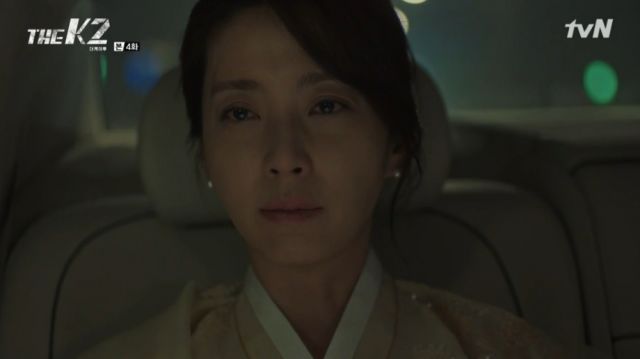 Our main romance is also starting in episode four, although I cannot exactly call it romance yet. Ahn-na has had very little screen time and even less to say or do as a character, so I still cannot tell where they are going with her role. As much as I appreciate Je-ha (Ji Chang-wook) being charmed by her ramyun product placement dance, I hope to see her as more than an infantilized romantic interest. She and Yoo-jin have interesting characters, so defining them only by their emotional function would be doing them a disservice.

The series has also eased into its tone a bit and gives much a needed comical break after all the action and angst. I use the word comical lightly, as I do not find obnoxious characters doing pathetic things to the tunes of forceful goofy music funny, but at least the show is trying. I actually find the genital-deprived shower scene and the aforementioned ramyun dance funny, but I have a feeling I am not supposed to, so I will simply call this a difference in sense of humor and move on. 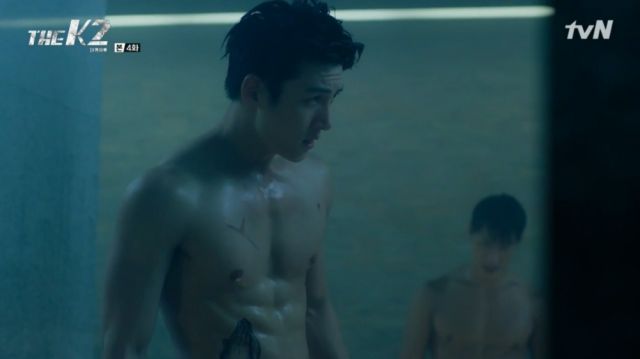 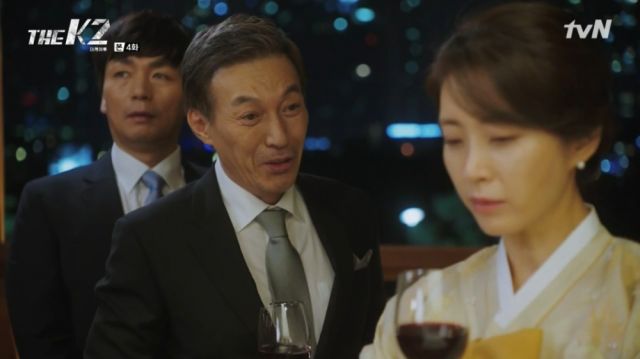 I am still confused about the set up for Je-ha to meet and be approved by Yoo-jin, but what little I do know still has issues, so I will let it go for now. The good thing here is that Yoo-jin has many enemies, so we get a decent challenge in finding out which ones orchestrate what, since I assume more efforts against her will be made. I hope that all of our big players have more to them than annoying smiles.

"The K2" is not my kind of series on a personal, viewer level. I like its characterization, but it takes itself too seriously, like a 13-year-old who has just written their first fanfic. Still, there is nothing majorly wrong with the four introductory episodes. We have our players, their personalities, goals and relationships. I think the series has potential so let us see if it realizes it.