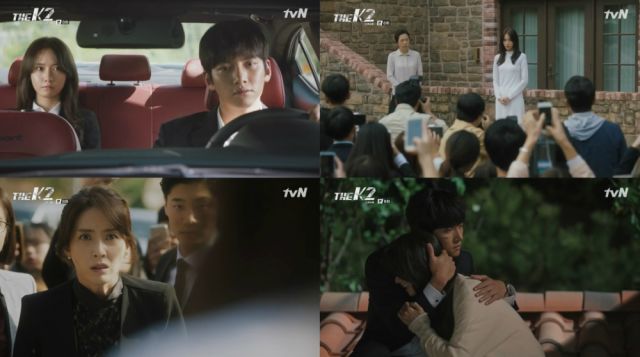 Je-has is a man on a mission and while he and the writer still seem undecided on what it is, at least our hero gets things done and thinks reasonably. Episode eight presents a big turning point in the story. Ahn-na has great work ahead of her and she is not as fragile or as immature as others think, which means Yoo-jin is now the one at a disadvantage.

I have spoken quite a bit about Se-joon's (Jo Sung-ha) behavior toward Ahn-na (Yoona), but Je-ha's (Ji Chang-wook) actions and words in this episode really prove my point. He reveals the truth to her in private and uses the opportunity he has to ensure her safety until she can fight back. So why has Se-joon not done this and why does he endanger his supposed fight for Ahn-na's freedom by sleeping around? The presentation paints him as a victim, the writing just makes him a hypocrite, which is something the creators need to address. 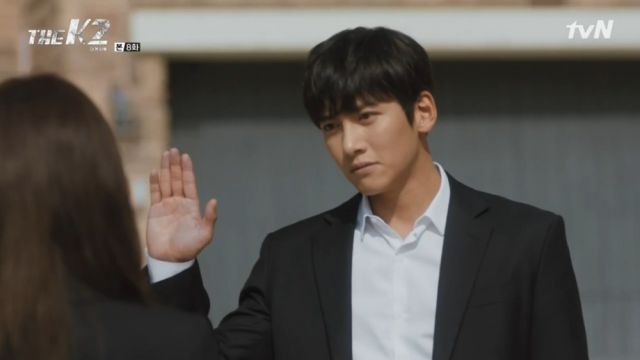 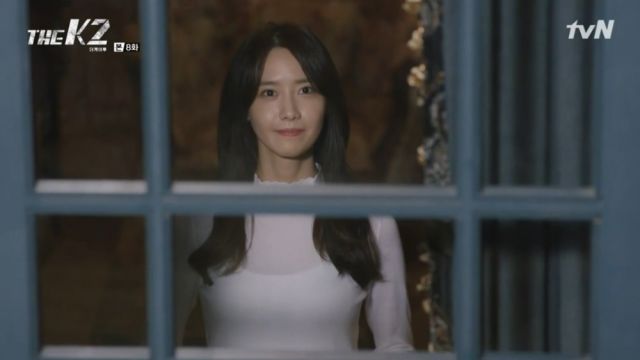 Episode eight finally develops the relationship between Je-ha and Ahn-na, which I still see more as one of pity and friendship than a romantic one. Je-ha's little game which essentially functions as a guide for emergency situations is a nice touch and it shows us that he knows how to approach Ahn-na and adapt to her needs without alarming her. He probably assumes, quite logically, that Ahn-na might have developmental issues due to her upbringing and makes sure to treat her with consideration.

Ahn-na is not to be taken lightly, however and I have a somewhat mixed opinion about it. Ahn-na recognizes good intentions and she is more mature than her situation would enable. She seems well-adapted for social interaction now as well. This is good for the romance, because it would go to creepy territory with someone who is mentally a child. At the same time, she really should not be as well adjusted as this, which brings us back to the undecided writing. 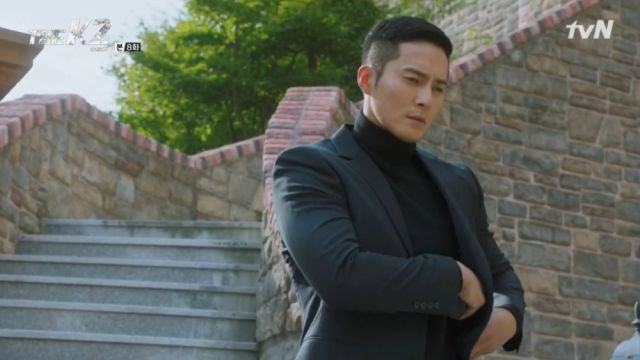 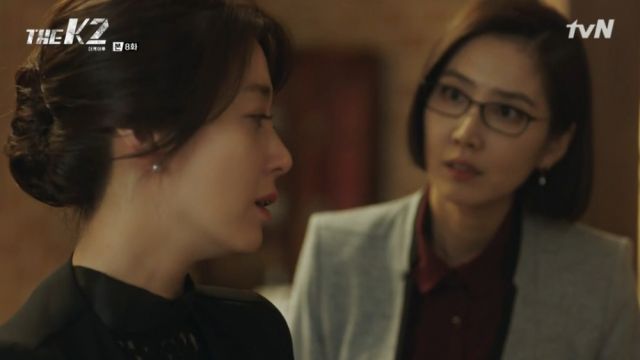 Between Lee Han-wi in the previous episode and now Jo Dong-hyuk, the cameo appearances are nice, but the latest one is once again an embarrassing break from good drama. The captain guesses Je-ha is not one of their men and proceeds to unprofessionally toss his non-silenced firearm for a machismo-fueled fight, rather than neutralize the resistance. Once again, the creators' juvenile concept of "cool action" misses the mark. The fight itself is great, however, so the scene is entertaining.

What I am most curious about now is Yoo-jin (Song Yoon-ah) and assistant Kim's (Shin Dong-mi) past. Yoo-jin could have manipulated Ahn-na's revelation from a distance, but going there is an act of digging one's own grave. Why does her loving assistant not point this danger out? "The K2" is not the most intellectually challenging drama, so I may be overthinking this, but I need higher brain function between drooling over man-battles.