[HanCinema's Drama Review] "The Prime Minister and I" Episode 7 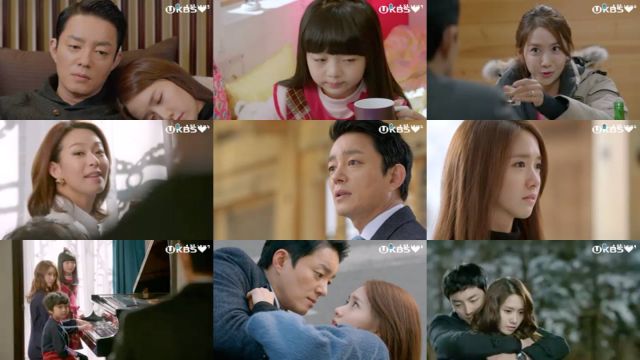 The plot kind of moves forward this episode. By the end every character has clear motivations. But more importantly, they have clear expectations of each other. This is significant, because even if we don't know exactly why Joon-gi (played by Ryu Jin) seems to have it in for Yool, the fact that other characters believe he should be acting a certain way helps beg the question of why he's pushing so hard with the political machinations. It creates tension without wrecking the mystery.

In more general terms of characterization, we also get to see Yool in a much needed state of weakness. For the first time it's actually pretty clear that he's a novice in this world of high-level political dealing. It's an easy fact to forget given the way that he always stands in authority over Da-jeong. Well, that and the way the drama has been dedicating so much energy to his failures as a father rather than as a statesman.

The other main element is the romance, which kicks into gear here as Yool and Da-jeong engage in generally zany romantic escapades. Nothing quite so exciting as when their hands got glued together, but still generally fun stuff. Da-jeong's comment about Yool's smiling is a relevant one- I'm not sure we've ever seen him smiling up until this point. The man actually looks like he's having fun, and it's a nice change from his usual grumpiness.

Every individual moment of this episode is well-executed, and "The Prime Minister and I" seems to have fixed most of its problems relating to general characterization and conflict. The premise is still absurd, but eh, not much that can be done about that anyway. This is clearly supposed to be a light, breezy, fun drama, one that can be picked up quickly on the fly and maybe inspire a more cheerful, optimistic mood.

And yet, even though I can't pinpoint any obvious flaws here...somehow I'm just not feeling the magic. The romance isn't wacky enough to engage me on a cheerful level, and the drama isn't serious enough to engage me on a level of tension. But I am reasonably sure at this point that these impressions are a matter of general taste. "The Prime Minister and I" is still a quality production with fun little details- I like where Da-jeong is sleeping now, for example. It's cute, and speaks somewhat to her current ambivalent (yet upbeat) dissemination of priorities. But only somewhat.

"The Prime Minister and I" is directed by Lee So-yeon-I and written by Kim Eun-hee and Yoon Eun-kyeong and features Lee Beom-soo, Yoona, Yoon Si-yoon and Chae Jung-an.

"[HanCinema's Drama Review] "The Prime Minister and I" Episode 7"
by HanCinema is licensed under a Creative Commons Attribution-Share Alike 3.0 Unported License.