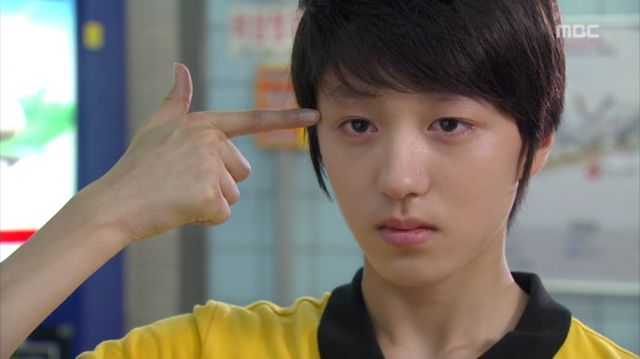 How does this show do it? I was so unimpressed last episode. The ending of this one had me biting my nails on edge and hankering for more. And the reason I liked it is a paradox. The cyclical storyline was and is wearying. But when the cycle is suddenly broken, it's absolute magic.

Episode 11 introduced a new character, Kim Do-jin-I, that is normally one a viewer would empathize with. He has severe abandonment issues that cause him to lash out as a manipulative and violent bully - a very pitiful creature. But because there has been a lot of manipulation and violence in "The Queen's Classroom" already, Do-jin became wearisome. At least he was until he started to break near the end of this episode. Ma does nothing to stop Do-jin and lets him careen towards his own social demise. His bullying and tricks are eventually found out by the class and he feels abandoned. 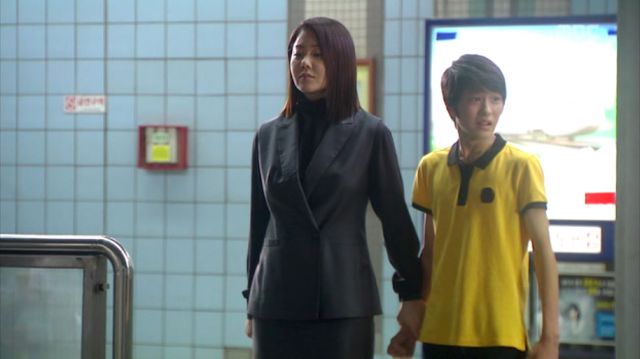 What is interesting is not necessarily Do-jin's emotional breakdown, but rather the collapse of Ma's seemingly impenetrable emotional armor. While watching a child struggle is always heart-rendingly sad, it is Ma who commands interest. Each stage of Do-jin's breakdown was mirrored by Ma. She has already experienced a situation like this before and is very sensitive to Do-jin. Her stony visage began to grimace and pale. She loses her temper, which she has never done before. But she does remain consistent in one thing: she lets him flounder until just before he's ready to kill himself, then she saves him. It is her method, to push to the brink of sanity in order to teach important life's lessons.

The most poignant moment of the episode was when Ma cast aside her mask and saved Do-jin from throwing himself onto train tracks. She grasps him tightly in her arms and fervently tells him to value himself because he is precious. If he doesn't give up on himself, then no one else can.

Take a minute to digest that. For twelve episodes Ma has been emotionally beating down children. Now she is saving one and telling him he's worthwhile. Her ultimate goal is most definitely help these kids. For some reason, however, she feels must break them to help them. She has become the witch teacher, but in the face of Do-jin's near-suicide, she reverts back into a human being. 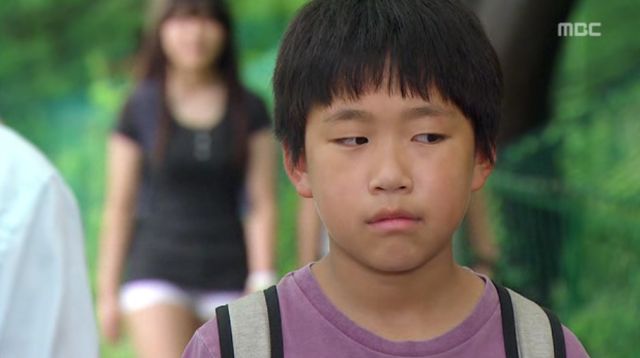 The question is: why? Why? Why? I've been asking it for twelve episodes now. There have only been a few hints. She's lost a child. She had to deal with a violent child at a previous school who gave her a scar. Is this why she learned to fight and displayed her ninja skills in one of the first few episodes? That is one thin plot thread that has seen itself through the various cyclical story lines.

A new element outside the plot and its thematic material is that Ma wore white for the first time this episode. She always wears black skirt suits with black scarves to cover up her scarred neck. In one scene near the end, she wore a white blouse under a black vest and pencil skirt. It was the first wardrobe comment that the costume designer had made in a very long time. When Ma saves Do-jin, she is back in black, but the hint had been planted: there is some purity of heart in her somewhere.

At this point in the story, Ma's motivations are the most compelling mystery. Do-jin's storyline is the most captivating plot thread. Even Dong-goo's story becomes a foil for Do-jin rather than standing alone. As for the other children, they are moving in their resistance to Do-jin's bullying. They stand up for each other and acutely remember the suffering that Ha-na and her posse went through to preserve the harmony of the classroom. It's good to see that they have a social and emotional learning curve. I was scared that they would crumble again and bring the story right back to square one. Ha-na is no longer alone in fighting Ma. Is this what you wanted, Teacher Ma Yeo-jin?