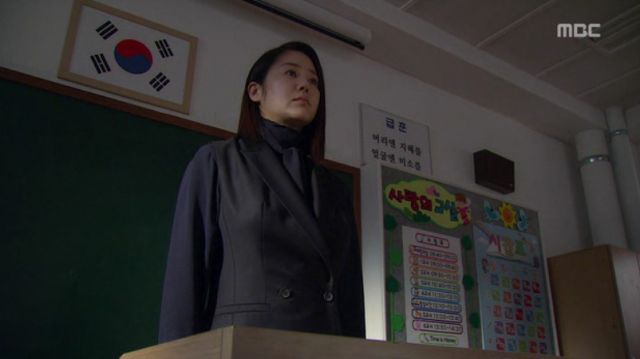 It's all about repercussions this episode. Ma Yeo-jin has decided to teach her class in a very questionable manner and despite being given many chances to change her ways, she does not change. At the behest of Na-ri's power hungry mother and the ladder climbing vice principal, the school board has sent it's most morally sound member to investigate Ma. The investigator finds her unacceptable, which is not a surprise. However, the investigation process is the heart of the episode.

We've seen glimpses of humanity in Ma that become more frequent as the drama has progressed. During those moments, Ma genuinely seemed to enjoy the happiness of the children. But then she proceeded to break them down again. It makes the overall message of the show a mixed one. While Ma is, in the end, helping the kids, she is hurting them in order to help them. I asked this before: is the outcome worth it? The investigator from the school board doesn't think so. I don't think so. The positive messages are overwhelmed by Ma's extreme pedagogical methods. 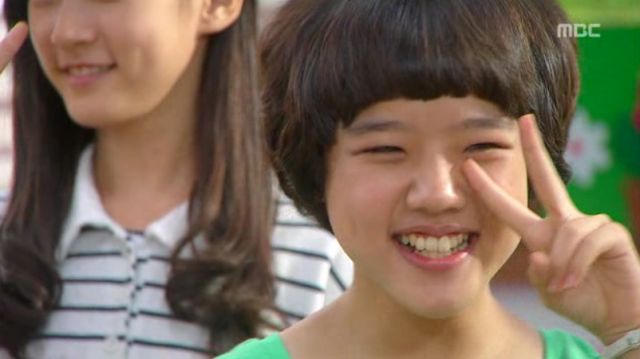 This episode also explores the effects of Ma's teaching on the kids. When questioned by the investigator, they are hesitant to tell the truth and Ma in trouble. The kids see that she has done good for them. Ma has united her class and reconnected them with her parents. But they also see that the way she did it was wrong. They have trouble deciding between whether or not punishing her for the torture is right, or letting her go because the outcome of the torture was good. They pity and fear her. It's an interesting situation. Could the children's feelings include a bit of Stockholm's Syndrome-esque symptoms?

I'm inclined to agree with the parents: they want Ma ousted. Although Ma may be well-intentioned, her methods were not right and should not be repeated. That is what makes this show a mixed bag of tricks for me. I want to see the well-intentioned Ma fall because good intentions do not make a good solution. But at the same time, kids coming together and seeing past each others' faults and shortcomings is something that people really do need to learn. The kids banded together against Ma's crazy punishments during this episode, supporting each other when they got into trouble. And, Ma found Dong-goo's mother so he wouldn't be alone when his guardian, Madame Oh, dies from a terminal disease. How do we punish someone who achieves good things through vile methods? It reminds me of the dilemma that Dr. Gregory House posed to the medical world. Do you let an immoral, rude, cantankerous, dismissive doctor save your life even though it leaves you emotionally scarred afterwards? 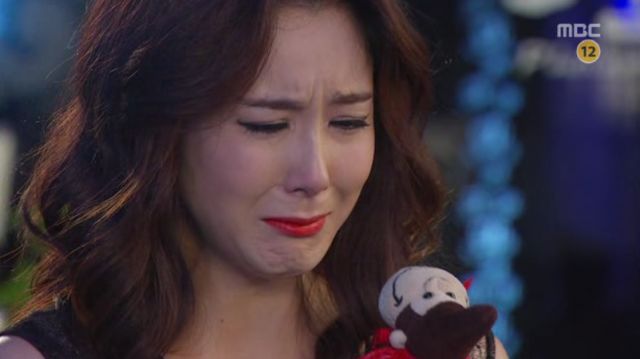 Dong-goo's mother after meeting with Ma

In the end, "The Queen's Classroom" makes the viewer think. We watch and gape and gasp and yell. We disagree and agree and shake our heads. Despite the severity of the pacing issues, the psychological element that is so integral in the story is what makes it strong. As Ma Yeo-jin messes with her children heads, she messes with ours, too. We seriously question all the issues she broaches. Using children and school as a vehicle is one of the best ways to make this happen because children are one of the hottest and most sensitive political and social subjects in the world.

How the drama ends isn't the most important issue because of the darkly thoughtful nature of the show. However, I am very interested to where the story will go. What moral conclusion will it make? Or, will it leave the viewers to draw their own conclusions? Or, will it avoid morality entirely ? Ma passed out in the very last scene of the show. She seemed stressed by the investigation and by the trauma from her past. She had been jailed for becoming violent with a student and perhaps that still deeply troubles her. But because she passed out, will the show focus on a possible illness instead of punishment? Or was the loss of consciousness just from stress and shock? I hope the show continues to address the issues it has presented and doesn't cop out.