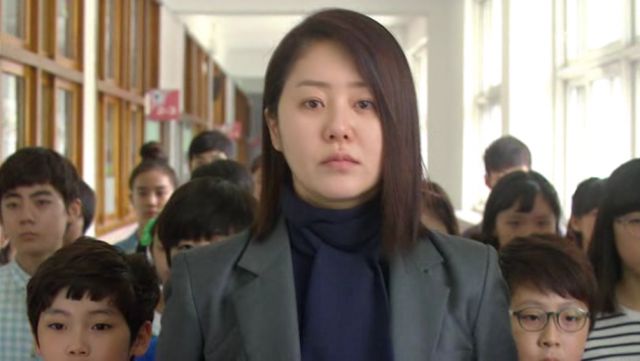 And you'll enjoy every minute of it.

A classroom shouldn't be a battle ground, but Ma Yeo-jin's classroom is. In order to survive, the children must quickly learn to cope. They come together and break apart and then form new alliances, searching for the best way to live through the school day. Ha-na, the plucky student who stands up to Ma, encourages the children to band together against Ma's tyranny. Her honest, fervent desire to be treated right and for the kids to be friends is touching to see. 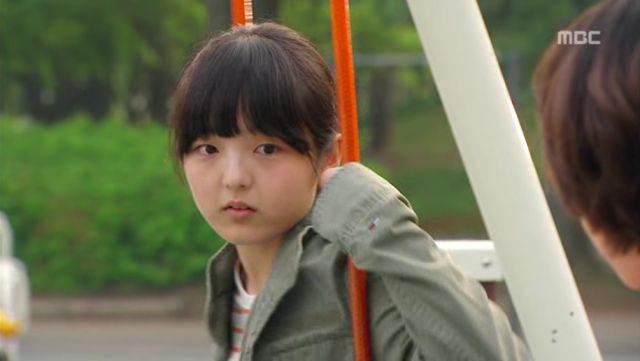 But, Ha-na is the only one who is brave enough to fight for change because Ma's method of teaching is absolutely horrifying. It cows the other children into complacency. Something in Ma's past has made her extremely cynical and it's reflected in her classroom. She believes the world to be cruel and ugly and she wants to bring that reality to her students as quickly as possible.

In order to do this, she uses the children's love, fear and respect for their parents against them. Ma quietly let's Ha-na continue to rebel against her. The students are preparing for a Spring festival and one student, Eun Bo-mi (Seo Shin-ae), lags behind. Ha-na gathers the students together to protest how Ma is isolating and picking on Bo-mi. The students agree to rebel until Ma visits the parents and has them come to watch. None of the children want to rebel in front of their parents – especially since Ma has curried their favor.

Everyone in the class but Ha-na and outcast Dong-goo decide to side with the teacher. Even Bo-mi, who Ha-na had befriended, goes with the teacher. Thus Ma has accomplished her end: anyone who defies her will be destroyed. Ha-na tried and is now socially isolated. She was a social butterfly. The kids who go with Ma can now show off to their parents; it's easier than fighting against Ma, their parents and all kinds of social pressures. Because they betrayed Ha-na, they will probably band together further to justify their actions. 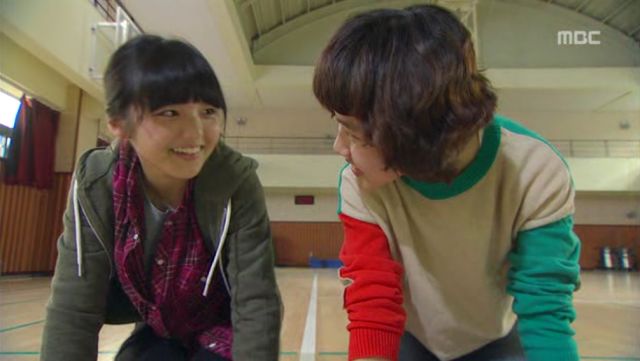 However, something is strange. Ma seems to enjoy watching the kids play. Is there an incident with a child in her past that has embittered her to elementary school children and their education? There has also been a white butterfly that has appeared twice throughout the past three episodes. Is that an image from her past? Is it symbolic of something? She doesn't seem to enjoy what she is doing. Rather, she seems to find it necessary.

This show is strangely beautiful, though. Watching the kids be kids is absolutely delightful. They are earnest in their friendships and in their fervent efforts to please and learn. The impurities in them largely come from the adults and societal pressures. It's so scary to see what expectations from a parent can do to a child. One child literally buckles under the pressure and fails at something she is normally good it. This child is indicative of what the other children are going through on different levels. Only Ha-na seems to have the inner reserve to outwardly protest, and now Ma has isolated her from her support system: her parents and her friends.

Will she be able to persevere?