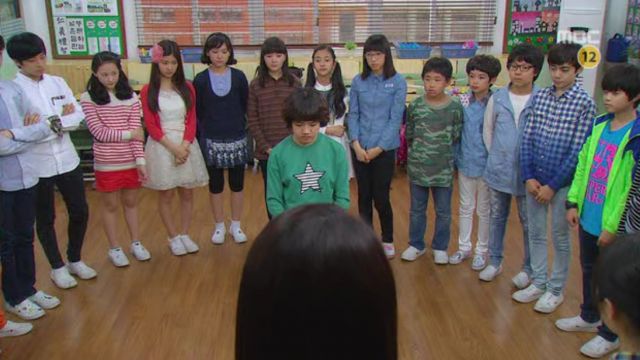 "The Queen's Classroom" continued to grow even more intense this week. Kids are getting desperate and no longer want to fight an enemy as powerful as Ma Yeo-jin. There is outright betrayal and a heightened sense of animosity towards the person who keeps stirring up trouble: Ha-na.

It's so interesting how self-preservation trumps sincerity and justice in this show. It's a theme not often explored in K-drama. The shows J-dorama roots are definitely showing through. This is not easy content to digest and J-dorama loves to take it on. It's good to see K-drama delve into it as well. 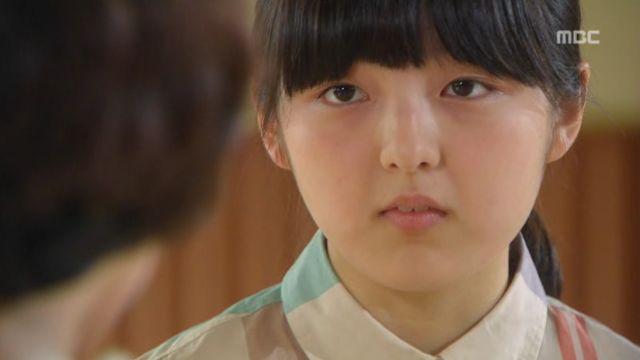 Bo-mi from The Queen's Classroom Episode 4

Last episode, Ha-na befriended the class outcast, Eun Bo-mi, but Teacher Ma manages to win Bo-mi to her side. She offers Bo-mi the chance to raise her grades and change her status in school, something the child desperately wants because of her impossible-to-please mother and troubles with school. Ma gets to each student through their weaknesses; it's harder to refuse the tempting offer for success, even if it comes at the price of misery. Bo-mi turned into Ma's mole at the price of betraying her friends in the light, crying by herself in the dark and earning one of the highest social statuses in the class.

The only students she doesn't get to are Ha-na, parentless Dong-goo and Seo-hyun, whose parents are too busy to care. Well, she hasn't gotten to them yet. Ma has managed to isolate Ha-na further in this episode by using her good intentions against her. Because Ha-na decides to help a friend, she gets framed as a thief and as the person making life difficult for the rest of the class. Next episode will probably bring Ha-na's ostracism from her classmates. 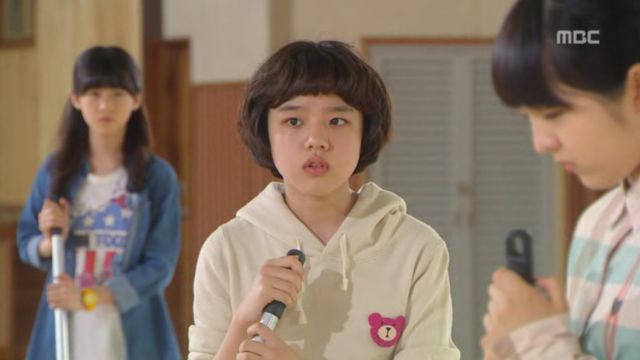 Ha-na and Seo-hyung from The Queen's Classroom Episode 4

Despite the shows gravity, we do get lighter moments. Ha-na makes her friends laugh as they clean and go through their punishments. She gabs with her older sister and asks her for advice. She shows us what childhood should look like.

We also learn more about Ha-na's family: her older sister has a long term illness and is often in the hospital. Perhaps this is part of the reason Ha-na is so strong. Tragedy in life can break you down or make you stronger. It's made her stronger. That strength combined with her natural sense of right and wrong make her a wonderful heroine. I want to see Ma slowly turn back into a human being because of Ha-na.

Another character not much explored is that of the elusive principal, played by the wonderful Youn Yuh-jung, who seems to have some insight into Ma. Perhaps they know each other from the past and that is how Ma was hired. But Ma is demure in front of the principal while she is arrogant in front of her other superiors and the faculty. Ma must hold some respect for the principal. The principal, however, seems to be watching Ma and waiting. It's like she knows Ma is lost and is looking for something.

At the same time, it's scary that she knows what is going on inside the classroom and is doing nothing. Well, almost nothing. She approaches Ha-na and offers to listen to anything she has to say. But with how Ma is handling her classroom and the parents, Ha-na may become too scared to reach out.

I am very curious to see what Ha-na will do now. Bo-mi has turned on her and most of the class hates her. She can't talk to her parents because Ma has won them over. How will Ha-na keep herself from buckling beneath the pressure?