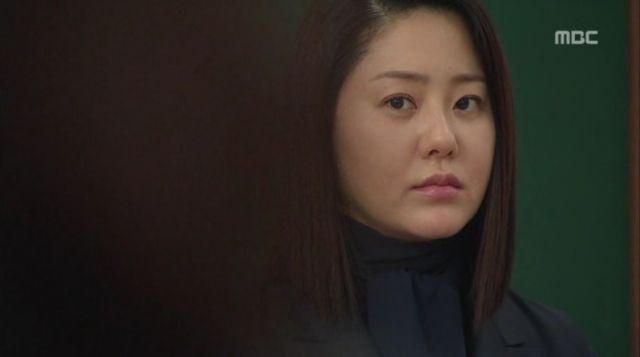 There was a huge tone shift in episode 8. The tension that flowed through the show and made it riveting died. I kept anticipating Teacher Ma Yeo-jin's next mind-boggling move, and while her actions were surprising, they were not mind-boggling. It was a let down. On top of that, there was a lot of character exploration that, while interesting and well-acted, was very oddly put together and stilted. It was information that should've been given to the viewers in small doses during the first 7 episodes.

The incident with Na-ri trying to burn down the school takes about half an episode to be resolved and from the resolution I gathered two things. One, Teacher Ma Yeo-jin was trying to punish Na-ri's mother for pushing her child too hard. Two, the kids in Na-ri's class had to forgive her to bring about the tone shift necessary for the second half of the drama. 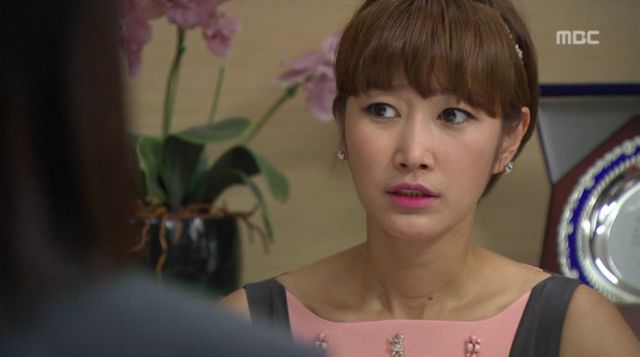 Punishment of Na-ri's mother has been building for a few episodes. Ma has lulled her into believing that she holds the power in the relationship. Na-ri's mother is used to having power. She's rich, head of the school mom's, on the school board and always calls the shots. When Ma pulls the rug from under her by stating that the theft of the wallet and the bullying will go on Na-ri's permanent record, Na-ri's mother feels betrayed and angry. She tries to use her political power to cow Ma into submission. Instead, Ma forces Na-ri's mother to think about what's important to her: Na-ri's record or Na-ri's health. While all this is happening, Na-ri is lying in the hospital, recovering from her mental breakdown.

This situation makes me think that Ma's goals may include teaching the selfish parents lessons as well as preparing the students for the harsh, real world.

Then we have the kids in Na-ri's class. Ha-na manages to convince them that Na-ri was just feeling lonely and lost. The kids feel badly and forgive Na-ri. They welcome her back to school with arms wide open. While this is very sweet, it is not what would happen and I was left puzzling over why the writer would do it. Children would be afraid of a classmate who wielded fire and had a massive mental breakdown. Perhaps one child, like Ha-na, would understand Na-ri, but the rest would not want them back in class. On top of that, the parents would not sit still. Not one parent came forward to complain that their child was in class with a potential arsonist!

It was just a bizarre sequence of scenes to have. But the ultimate goal of the reunification with Na-ri and her classroom was to break the class into two factions: one that stands by friends and against Ma; one that stands by education and with Ma. To do that, the glorious reunion of Na-ri and her friends was needed. I still think it was awkward, cheesy and highly unrealistic. But then again, Ma's frightening power over the other teachers and the parents is also unrealistic and that's been the focus for the past 7 episodes. However, I accepted that as the premise of the show. This little bubble world where Ma's tyranny reigns supreme. 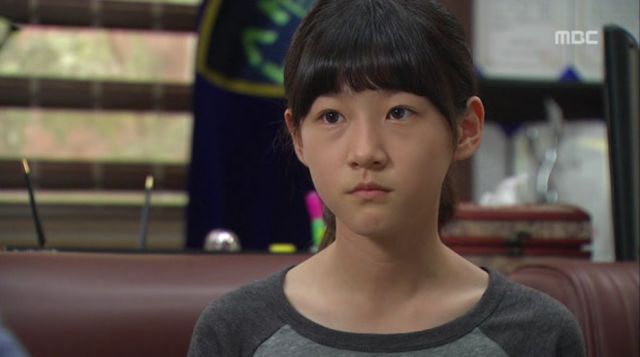 Seo-hyun from "The Queen's Classroom" Episode 8

The second half of the episode focused on revealing more about Seo-hyun, the mysterious school genius. Her father has been in a coma for two years following a car accident. Seo-hyun is angry at her mother for being worn out by the entire situation and wanting to pull the plug. When Ha-na and her friends find out about Seo-hyun's story, they try to side with her. Instead of accepting their friendship, Seo-hyun distances herself from them.

While this is going on, Ma quietly stalks Seo-hyun at the hospital and at the school, hatching a new plan. I'm guessing it has to do with punishing Seo-hyun's mother and teaching Ha-na yet another lesson about friendship that doesn't last. I wonder if Ma had a horrible mother.

I want the drama to regain its tension. That was what kept me watching before: the psychological tension, the mind games. This episode was set-up for the second half and while it was important, it killed the show's forward motion. I hope it comes back soon.