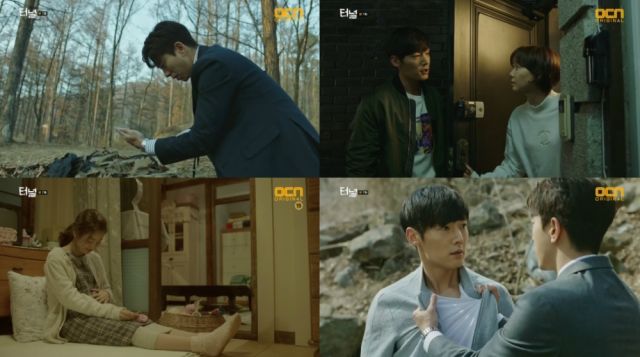 It is revelations galore in episode seven of "Tunnel - Drama" as the modern Gwang-ho's connection to our leads becomes clearer. Gwang-ho's identity is compromised as Seon-jae refuses to let go. Meanwhile, hidden parts of Jae-i's past are about to make their entrance, and it looks like Gwang-ho's protective behavior towards her is exactly what surely many of us will have guessed it to be by now.

Birth secrets are a Korean drama staple, so I am not surprised to see one here. Given how obvious it has been made through Gwang-ho's (Choi Jin-hyuk) behavior, Jae-i (Lee Yoo-young) being his daughter is old news. They might as well be spoon-feeding it to us now with a hefty side of dumplings. What interests me more is Jae-i's past and seemingly repressed memories. Yeon-sook (Lee Shi-ah) raised her well into childhood, so she was either unwilling or unable to continue. I am leaning towards unable. 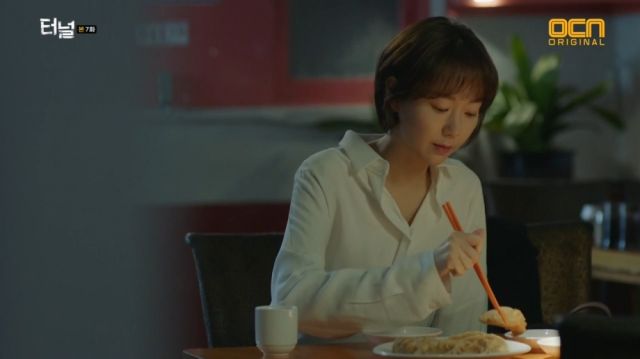 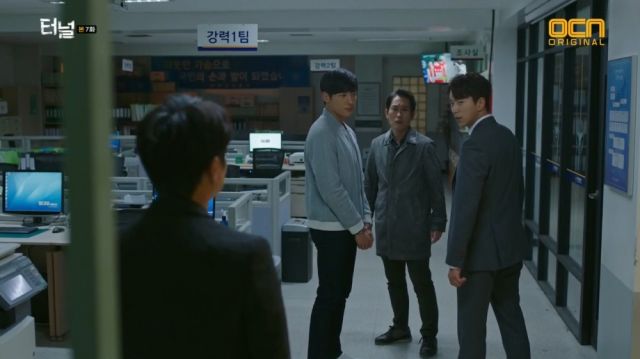 The birth secrets continue, as Seon-jae (Yoon Hyun-min) might have to deal with the awkward reality of Gwang-ho having changed his diapers at some point. Between Seong-sik's (Jo Hee-bong) words and Kim Hwan's (Kim Jung-hak) recognition, Seon-jae will not be able to deny reality much longer. This is actually a great thing, because the series is better off focusing on the things we do not know, rather than the things we do. Our leads cannot take forever to be on the same page.

Now that "Gwang-ho lite" has been revealed as snooping into the case of the old murders, new possibilities open up that need exploring. The unfortunate young man did not stop when Gwang-ho said he is with the police, so my suspicion of his pursuer being part of the force seems likely. We still have Jeong Ho-yeong (Heo Sung-tae) as a very likely candidate for at least one or some of the serial killings, however, and this complicates things and possibly adds culprits. 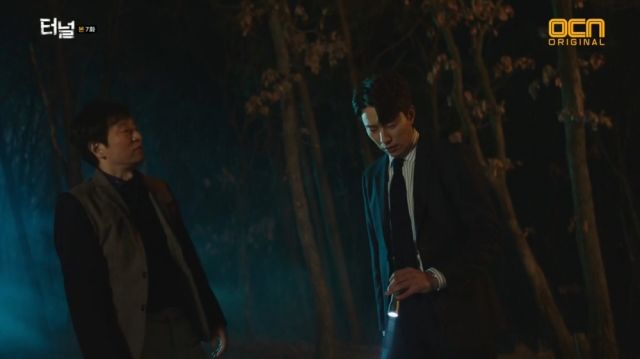 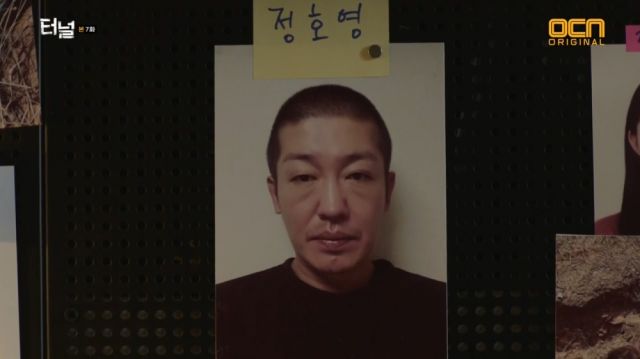 Until recently I felt that only Seo Yi-soo was possibly killed by him, but I did mention that whoever gave his alibi might be lying. If Ho-yeong is the only killer, maybe his alibi is our mystery figure. The man had dark hair and was young and able-bodied enough to take down a young man, even if drugged and injured. Could it be a sibling of Ho-yeong or even someone who was committing murders with him?

My suspicion for coroner Jin-woo (Kim Min-sang) still stands, as well. Aside from his talk of hiding, his prodding about our hero and his access to substances he could have used on modern day Gwang-ho, he accepts the responsibility of a hidden investigation too easily. I might just be seeing non-existent twists everywhere, but that is what makes "Tunnel - Drama" so fun.