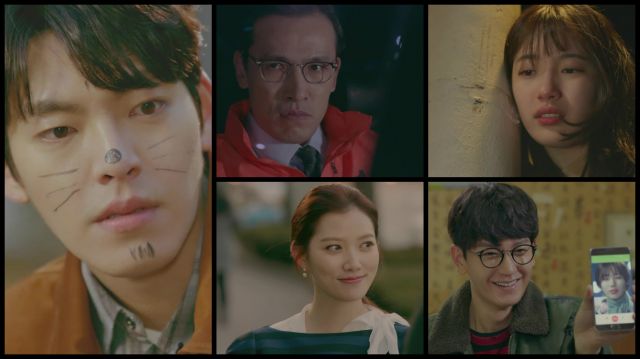 "Uncontrollably Fond"'s penchant for bookending episodes with dilemma's in the character's present is already a repetitive plot tool. It is attempting to draw parallels between past and present, and work the story in a non linear fashion, but these efforts come off as heavy-handed. The glimpse into the past is welcome, but Joon-yeong's motivations are hard to follow and make the past a messy place to be.

The first two episodes indicated that Joon-yeong wanted some sort of revenge on No  Eul. Thereafter, he began to truly like her to the point of following her, waiting for her, shedding tears on her behalf. Perhaps it is because Bae Suzy and Kim Woo-bin have lukewarm chemistry that I don't believe his crush on her, or perhaps its inconsistent character writing. In any case, Joon-yeong chases No  Eul around like an ineffective second lead. The woes that surround No  Eul should make me pity her. Instead, I feel annoyance at the fact that the episode showed her in the hospital twice and harassed by loan sharks. It's melodrama overload. I know that Writer Lee loves her dramatics, but it's only episode 3! 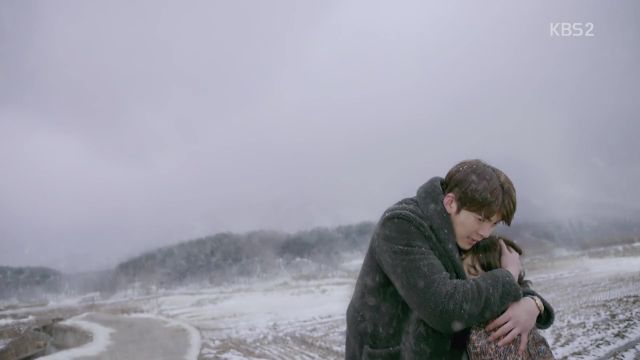 Also, involving Joon-yeong's manager and No  Eul's friend in the episode was only to push Joon-yeong towards No  Eul. They served no other purpose. Side characters used as tools feels clunky. The inclusion of the second leads has also been strange. Ji-tae is a Daddy Longlegs of sorts because he knows of his father's wrong doings, keeps quiet, and seesk to protect No  Eul in place of offering justice. Yoo Jeong-eun (Lim Ju-eun) has barely been introduced as just seems to be a character barely come to life.

My favorite relationship has been one little scene: that between No  Eul and her brother No Jik (Lee Seo-won) lean on each other in their parentless home and their financial difficulties. In just a few scenes their sibling relationship has become a tangible thing. I also like that Assemblyman Choi doesn't see No  Eul as a threat, and for that I hope she proves him wrong with her unflagging efforts. Choi may not be her ultimate enemy. Jeong-eun's father, Yoon Seong-ho (Jung Dong-hwan), is the man with enough money and power to manipulate Choi. 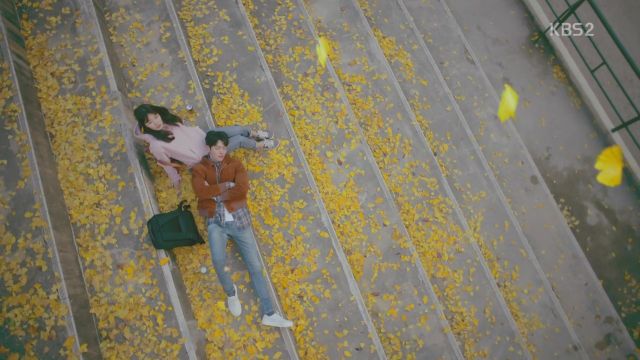 A key point in the episode seems to be Joon-yeong's prayer to save No  Eul's life at the cost of his own. I see this coming into play in the future. For now I will look into the near future and hope that tomorrow's episode isn't quite so frustrating.