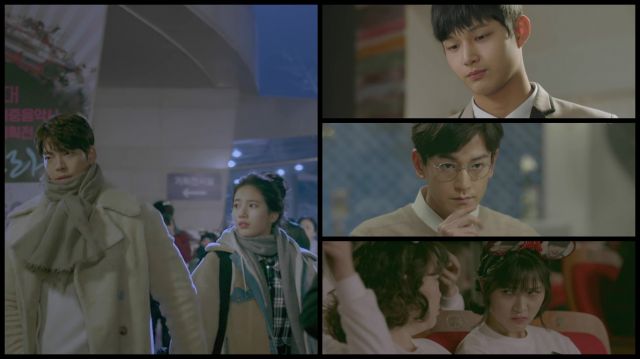 The somber note that sounded throughout last week's episodes of "Uncontrollably Fond" was little seen in episode 5. Only with Ji-tae, secret chaebol and Daddy Longlegs extraordinaire, did the angst verge momentarily above the surface. What rose to the surface we the re-kindled interest between Joon-yeong and No Eul and the heavy baggage of dating in the limelight.

What struck me most about the episode was how normal Joon-yeong appeared and how hard he worked to maintain that guise. He goes through his day as though illness did not lurk menacingly waiting to pitch him into throes of painful agony and drag him closer to death. No one yet knows of his disease and treats him as they normally would, which is part of the reason he keeps it secret. That secret keeping is costing him a relationship with his very stubborn and nasty mother. She has turned on him because his guilt cause him to turn his back on becoming a prosecutor. I doubt she'd behave in the same way if she knew he walked the path to death's door. The relationship between this mother and son pair is wearying. Her stubbornness is uncalled for. 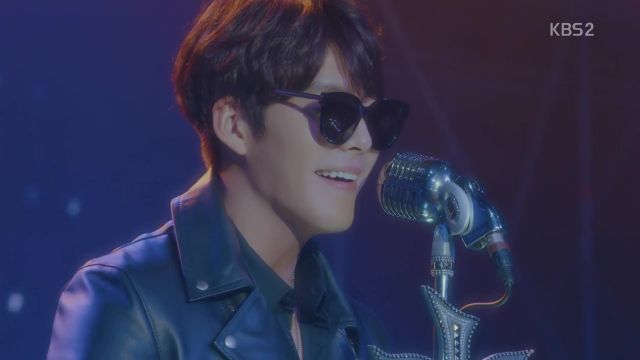 Ji-tae's mother was seemingly mild and unaware. This episode her temper gives away the fact that she knows more than she lets on. But what? I suppose we'll see. The shattered glassware that she flung from the coffee table has to mean something. Family is complicated as it should be in a melodrama of the Korean variety. No Eul and her brother No Jik are close and mutually worry for each Other. In a way No Jik is more mature than his sister, warning her against falling for Joon-yeong when spending time with the popular, handsome, rich star. We see them fuss, and also act adorably towards each other, which is what I was waiting for. Both of those behaviors indicate a strong family unit. In contrast, Ji-tae and his obsessive sister Ha-ru love each other, but aren't quite as friendly or open.

A few bones thrown to the viewers were more shirtless Kim Woo-bin and an extended performance of his singing. His baritone voice is quite nice and full. Along with those we get a lot of push and pull between the main couple, mild misunderstandings between a trio of main leads, and a future that promises much more than mild misunderstanding. 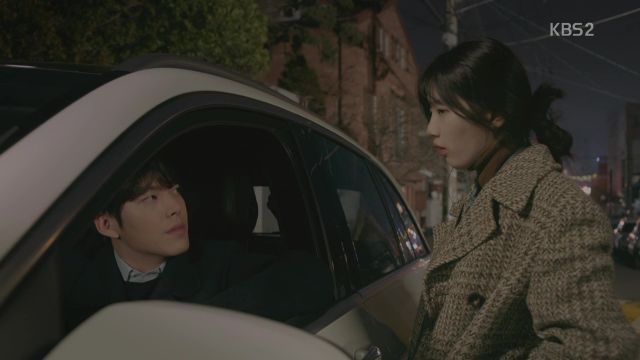