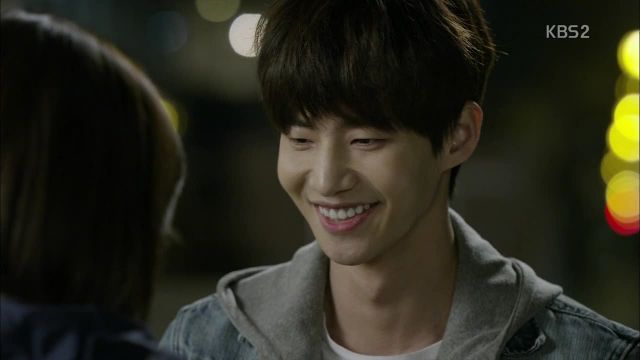 "Unkind Women" is plugging along at a decent clip. Relationships are in full bloom and conflicts have been exposed. We see deeper into characters that were only two-dimensional. The ante has been raised and the going is good.

The major turn of the episode is that many conflicts come to a head and are exposed, whether to the characters themselves or just to the audience. Cheol-hee is finally recognized by his daughter after pining away for a woman who he doesn't remember. Repetition of the past is a tool of "Unkind Women". After the repetition comes the point where the characters must choose to change their destinies and now allow themselves to make the same mistake again. I can only imagine that the same is in store for Cheol-hee - he must make amends to his family.

Hyeon-ae is also repeating the mistakes of her past, but now we see the insecurities behind her bravado and cruelty. She is so unsure of herself that she puts Hyeon-sook down in order to feel better about herself. This time, however, Hyeon-sook is learning not to let Hyeon-ae get to her. This is my favorite conflict of the episode. We get to see how Hyeon-ae ticks behind her facade and we get to watch Hyeon-sook grow up.

As for Ma-ri and her suitors, she has begun to date Roo-oh and they are hopelessly adorable. Her mother likes Doo-jin who has developed a crush on Ma-ri as well. The love triangle is complete. It is also bolstered by the fact that Hyeon-sook prefers Doo-jin. This set up will lead to much more drama in the future when relationships between people are revealed. For example, Doo-jin and Roo-oh know each other from the past. They will now fight for a woman. Hyeon-sook will learn that the Ma-ri she so adores is the daughter of the student she most hates. Although this world is rather insular, I am looking forward to watching the world explode in front of all of these unsuspecting characters.