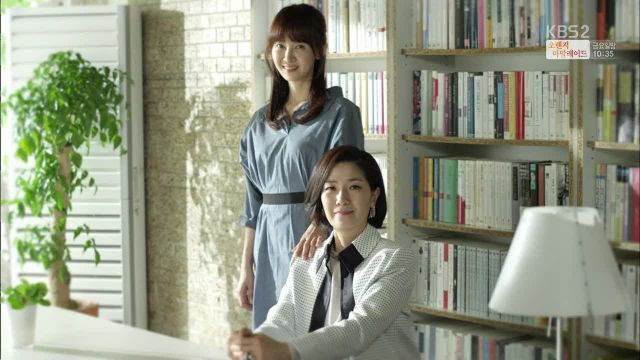 The penultimate episode of "Unkind Women" was undeniably fantastic. There was so much resolved and the reactions to those resolutions were emotion-packed. At the same time, there are still a few issues that will linger into the finale and tide us over to the end.

This show is about overcoming the past and this episode really proved that point. Hyeon-sook has molded herself into a more confident person that has understandably baffled Hyeon-ae. In the teacher's eyes, Hyeon-sook is a bad seed. Hyeon-sook took that to heart and behaved that way until recently. She forced herself to change and worked to show who she really is to her cruel, cold teacher. To see Hyeon-ae learn the truth was a powerful moment. It was the proverbial lightbulb moment. It not only illuminated that Hyeon-ae had been wrong about Hyeon-sook, but that she had been wrong about many things, especially how she'd been living and judging people. The show smartly saves her full reaction for the finale.

Along with Hyeon-ae learning the truth about Hyeon-sook, so does her family. It is here where we see how much this family has grown. They all admit their fault in keeping Hyeon-sook down as a teenager and adult and sincerely apologize. It's the first time Hyeon-sook has received the full support from her family. Soon-ok realizes how her sense of loss after the supposed death of her husband hurt Hyeon-sook. That understanding spreads to Eun-shil who Soon-ok sees as a lost, hurt, lonely child in need of comfort. Instead of the anger everyone else feels, she only feels pity and affection that she expresses in a note to Eun-shil. That note breaks down Eun-shil's bravado and shows us her raw core - a woman who is not unkind, but who is lonely. We see this in all of the women in this show. We've spent twenty-three episodes breaking them down and we finally discover that the barbs and thorns and venom are not who they are.

Hyeon-jeong learns to accept those who have erred. Mo-ran learns to forgive Cheol-hee for ruining her wedding. Ma-ri and Roo-oh learn how to love romantically despite their differences. Eun-shil and Hyeon-ae look to be on their way to learning, but not everyone learns. Perhaps Hyeon-ae may never learn no matter how many times she is shown the truth. That would be realistic.

I don't know what happened to Doo-jin's decision to go after Ma-ri. I wasn't sure what he was doing in this episode really. Maybe that will be cleared up next episode. I also don't much care for Mo-ran's illness. She'll probably die, but I don't really think that's the point of her character. I think she is the personification of forgiveness.

And onto the last episode!