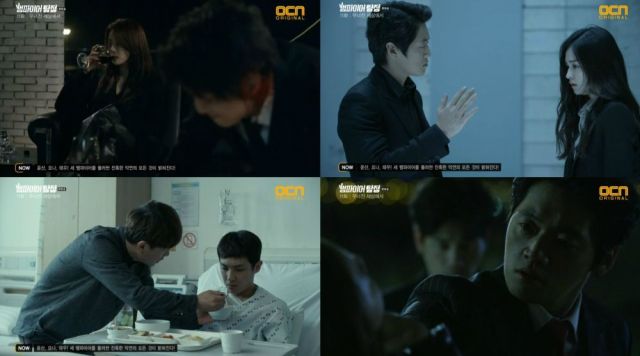 If you felt Yo-na has been given too little love as a villain, say hello to a new one, as "Vampire Detective" believes such a twist is a good idea with two episodes left to go. On the bright side, some pieces of the past fall into place and relationships are explained. Much does not make sense, with character and plot inconsistencies being abundant, but at least we are on our way to some closure.

Let me open with the good things, because they are sadly not that many. Given the writing of "Vampire Detective" so far, I fully expected absolutely no coherence by the end. Fortunately, some plot points from previous episodes make a return, even if not an important one. The helper list from the vampire club is an item Tae-woo (Jo Bok-rae) wants, presumably to take over Yo-na's (Lee Chung-ah) organization. Yoo-jin's (Kim Yoon-hye) behavior upon her original rescue by San (Lee Joon) and our detective agency's establishment are also explained. 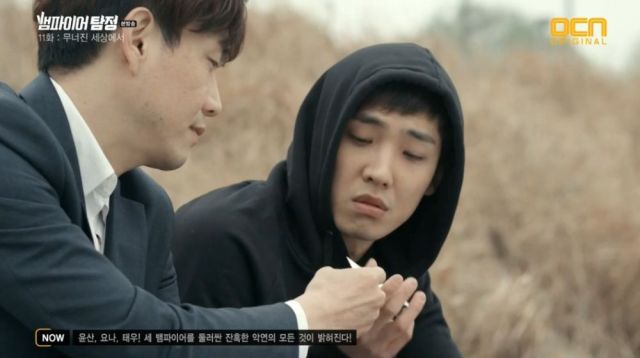 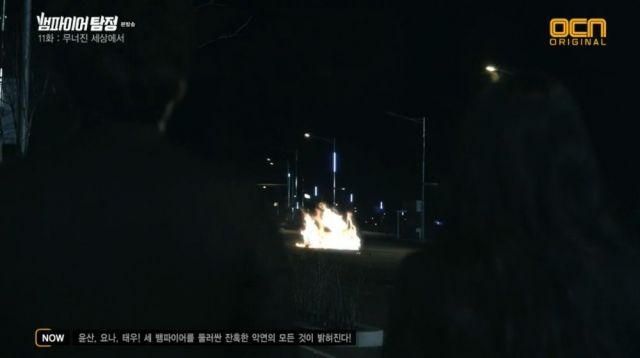 Other developments become gaping plot holes. How did Yoo-jin and Tae-woo get out of the rigged car in time if San was watching? The success of this plan relied on San being unconscious, but the duo needed a staged death. So Tae-woo and Yoo-jin apparently teleported to make this work. Also, if Yoo-jin is held captive, how did she get out and help San on several occasions? San's own vampirism has not been addressed, even in the penultimate hour.

But the award for most confusing contrivance goes to Tae-woo, the man with the worst possible reaction to the imaginary situation of "the friendzone". The series turns him from a docile and not particularly ingenious man with a crush to an obsessive dark overlord within two hours. I would blame the blood, but Yo-na did not turn this way. Her personality is a result of years of confinement and abusive treatment. The series wanted a new baddie, continuity be damned. 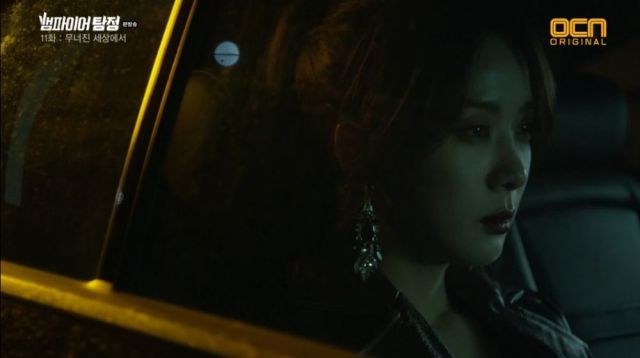 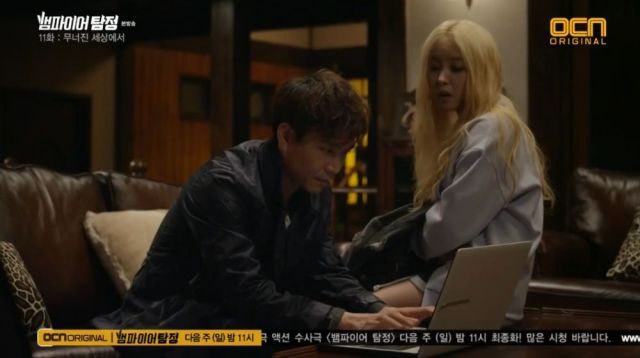 Yo-na is not an appealing villain, but with little screen time and a backstory limited to a twisted "Notice me, oppa" romance, how could she be? That said, every character is mostly underdeveloped here, so I do not see why she needs to be replaced. Yoo-jin is a princess-object in a castle and Gyeo-wool (Lee Se-young) is constantly called uncouth for not being girly or in love, however, so I can take a wild guess.

Tae-woo and Yoo-jin's decisions during those two fateful hours make no sense, but at least the creators know better than to give them more attention and will instead dangle Goo-hyeong (Oh Jung-se) as the damseled carrot next week. More interaction between him and San throughout the series would have been useful here, but that ship has (not) sailed.