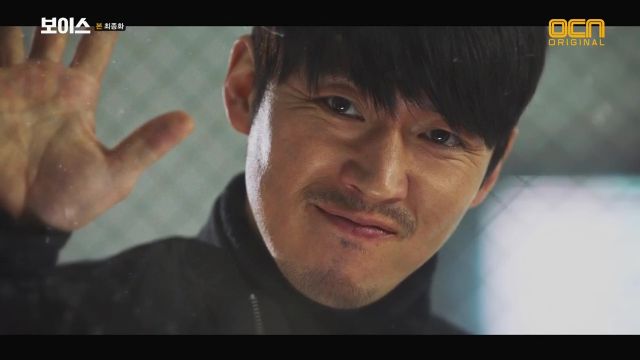 It's time to say goodbye to "Voice". I've had some time to think about this and I have to say, the entire series, while somewhat exciting, was a bit lackluster. What caused that was poor editing and character development. It was in no way a fault of Jang Hyuk or Kim Jae-wook, two of the strongest actors in the cast. It's unfortunate because this show could've been so much more.

The final episode was quite predictable. The bad guy goes off the edge and has a final show down with our heroes proving themselves to be more than competent. They arrest Tae-goo with satisfying flourish, but it still wasn't enough. Throughout the show we haven't really been given the chance to grow close to the characters. Single episodes focused on one character or the other but never truly build rapport within their working circle or between the show and the viewers. What did Kwon-joo really experience growing up? Why didn't we ever get flash backs? Why were we not exposed to the troubles and good times her hearing has afforded her? Why did we only hear everything in narrative and never see it happen? Why did we never really get to know her, Hyeon-ho, Eun-soo, or Jin-hyeok?

We did get a taste of what pushed Tae-goo over the edge, glimpsing into his traumatic past. His flashbacks made me wonder why we received very little for the other main characters. Tae-goo and his father were given more background and they weren't the highest billed.

By the end of the drama, Jin-hyeok learns to be a family man, Kwon-joo resolved her thirst for revenge, and Dae-soo does the right thing even though we're not quite sure what happens to him after his major beating. I wish we'd gotten to know him more before he was hospitalized for an indefinite amount of time.

The drama did aim to address the ills in Korean society and to raise awareness about the "Golden Time" during which law enforcement must act quickly to best help citizens. I do appreciate it and this was most definitely conveyed. "Voice" highlighted some of the most egregious crimes and showed how law enforcement and supporting agencies can help (or how they can be hindered by corruption.) Despite this solid message, "Voice" missed the mark. It was nice to see Jang Hyuk and Kim Jae-wook on screen. But I'll be moving on.