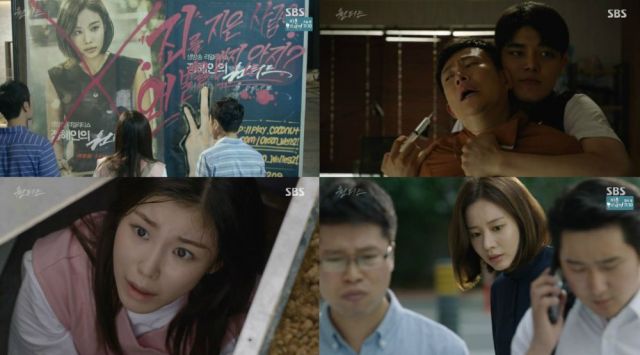 Crisis hits the "Wanted" production when Ha Dong-min's lawyer and a member of their own staff are kidnapped by copycat criminals from the program's fan club. Episode nine takes a step back from Hyeon-woo's case to look at the consequences of such a reality show, but the kidnapper's behavior during this situation acts as an additional clue in the investigation for their identity. The time to find out Ha Dong-min and Kim Woo-jin's connection to all of this approaches.

Bo-yeon's (Jun Hyo-seong) kidnapping and the subsequent halting of all show-related activities serve as a good marker of the drama's midpoint. Aside from its part in the main plot, which I will get to in a bit, this crisis allows the writer to briefly tackle the reality show's societal influence. I find the episode's use of its three fan club criminals very insightful, because it subverts the uneducated stereotype of a troubled youth automatically being a deranged criminal in the making. 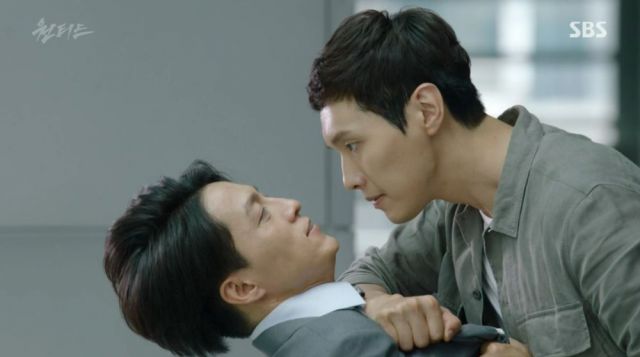 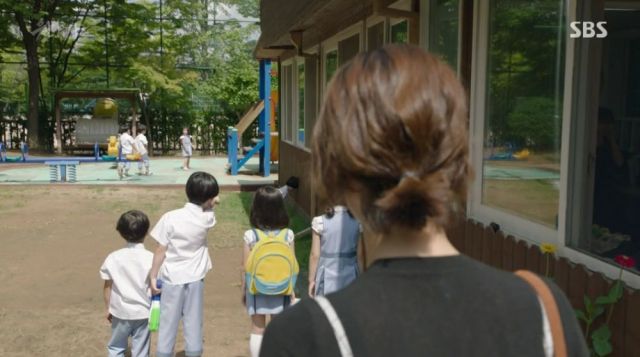 A lot of the darkness in this world hides in ordinary, well-adjusted adults and attempting to deny this frightful reality by othering criminals is only detrimental to our society. Despite the smart handling of this particular part, the influence of media is a topic too complicated for a quick peek and therefore the episode's approach feels lacking. The same applies to the sensationalistic presentation of children reenacting the show. The matter is oversimplified and there is no mention of parenting or society's role.

Coming back to the main story, Bo-yeon's case throws Hyeon-woo's (Park Min-su) true kidnapper off and this reveals that they are not willing to sacrifice an innocent person and possible acquaintance. Detective Park Yeong-sik (Ji Hyeon-joon) suspects Dong-wook (Uhm Tae-woong) and given we still do not know anything about his past with Hye-in (Kim Ah-joong), he is a possibility. Yeong-gwan's (Shin Jae-ha) menacing reaction to the copycat criminals is also suspicious to me, because a member of the police is also a possibility. 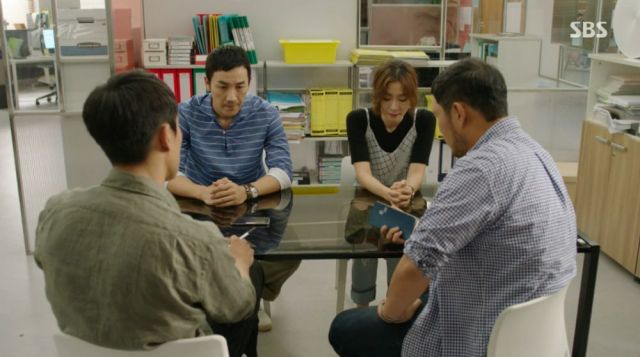 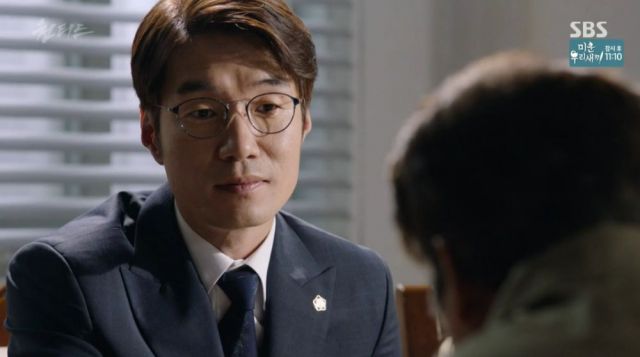 I previously expressed curiosity about one of the seemingly unrelated mission subjects. I assumed Ha Dong-min's (Son Jong-hak) part ended when he failed to expose Hye-in's secret, but his newly revealed lawyer friend and possibly he himself are directly connected to the murders. Actor Song Young-kyu enters the series as a new character, but his characteristic voice betrays him as the one Jo Nam-cheol (Park Sang-wook) spoke to on the phone before being arrested.

Now that this connection is made, I look forward to the revelation of Kim Woo-jin's (Jung Wook-I) role in this, because he is clearly not a random abusive husband. I hope we get to know Dong-wook more now, but I wonder about the fate of the reality show. If I can be greedy, I also hope Hye-in will evolve as her morality keeps being challenged.