[HanCinema's Drama Review] "You Are My Spring" Episode 1 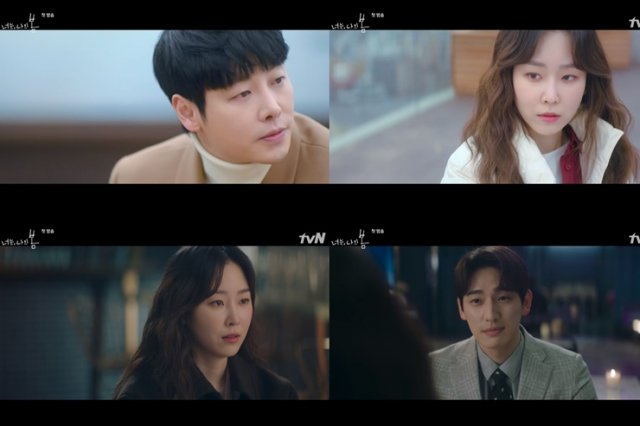 Prior to its premiere I could never quite understand what this "You Are My Spring" was actually about. The marketing has been simultaneously moody and vague. But appropriately enough, the story itself is deliberately vague. The extended opening clearly establishes that Da-jeong (played by Seo Hyun-jin) has distorted ideas about human relationships due to an unfortunate childhood and has no idea what to think about men in the present day.

There's a very unsettling quality in Seo Hyun-jin's performance that really nails this. On one end, she repeatedly refers to Joon (played by Yoon Park) as her stalker. On the other end, Da-jeong's personality is so aggressively avoidant it's hard to imagine anyone aside from a borderline stalker being able to get close to her. That Joon himself makes reference to this paradox is especially frustrating. His very awareness of this philosophical conundrum suggests that he has a manipulative attitude toward human nature.

Yeong-do (played by Kim Dong-wook) isn't much better. By the time it's clearly established that he has a good idea what kind of person Joon is, it's also clear that Yeong-do himself is a terrible communicator. By complete accident, he engages in poorly thought through cliches trying to warn Da-jeong of Joon's danger. And just to further accentuate that danger, director Jung Ji-hyun is just ambiguous enough regarding Joon's personality it's difficult to tell whether Yeong-do's warnings are sincere, if he really is jealous, or if the whole convoluted situation is just a combination of both factors.

"You Are My Spring" is surprisingly effective as a metatext as well. We see Da-jeong jump from the present to the distant past to the not-too-distant past in part in order to make sense of how much of her romantic reluctance is due to daddy issues. Da-jeong needs therapy, yet is too proud to get it, mostly because outside of her interpersonal relationships, Da-jeong is perfectly functional. That her job as a hotel concierge involves organizing weddings just adds a further irony to this.

Does Da-jeong really need a man in her life, any more than a fish needs a bicycle? "You Are My Spring" is distinctly uncomfortable to watch in that it begs questions about how important personal attachment really is to a person with answers that seem both horribly nihilistic and completely logical. But what else should I expect from the screenwriter of "Bubble Gum" with its own distressing ambiguities?