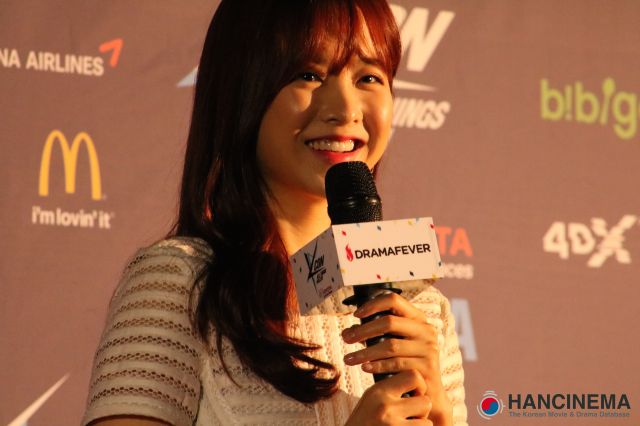 Action-packed Day 1 of KCON New York at the Prudential Center is over and it was amazing! Even though temperatures spiked to 83°F, that didn't stop devoted Hallyu fans from flocking to KCON to get their full doses of Hallyu goodness. Kathryn and I got there around 9 A.M. to check in and scope the place out. The lines to enter the convention were already massively long.

Never doubt a Hallyu fan, though. The lines weren't a deterrent to happiness. Instead, fans blasted K-pop, pulled out their cameras, and busted out the latest K-pop moves. Others sang, showed off fan gear, and made new friends. Lovely and friendly, Hallyu fans didn't lack for entertainment or camaraderie. They also showed off their bargaining skills as they traded "Hi-Touches" and "Fan Engagements" for their favorite groups. 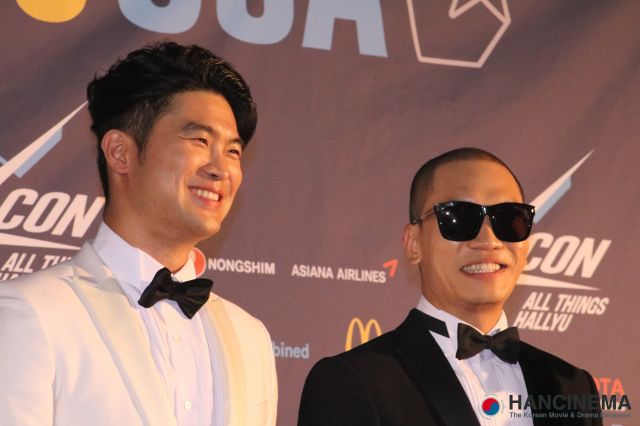 Once checked in, KCONers explored the convention full of activity. Tents set up by Dramafever, Toyota, and Mnet provided opportunities to check out adorable actress Park Bo-young ("Oh My Ghostess"), dance contests, and other fan-oriented fun. Scattered all over were food tents full of Korean food and more. Kathryn and I tried the japchae, mandu, and ddeokbbeoki today between photographing the activities and participating in panels. There will definitely be more on the menu tomorrow. And an in-depth exploration of the beauty and other booths.

HanCinema participated on two panels and I, Lisa Espinosa AKA Raine, had so much fun working with HanCinema's other Hallyu colleagues. "The Return of the Secret Life of K-Pop Fans Over 30" moderated by the lively, outspoken Multifacetedacg was a success amongst K-pop fans over 30 who often struggle with loving a genre skewed towards a younger generation. Fans came together and celebrated how to live an adult life as a K-pop and Hallyu fan. Zombiemama, Kchat Jjigae, Young Ahjumma, and I spoke about our lives as over-30 fans, answered questions from the audience, and played a "name-that-tune" game where fans won prizes from our various blogs. Thanks attendees! You totally made the panel great. And thank you HanCinema fans for coming to say "hi!" 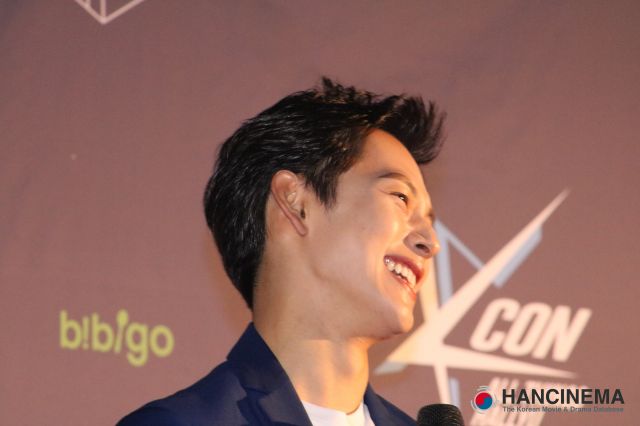 The second panel HanCinema particpated on was K-POP FAN TO K-POP PROFESSIONAL moderated by the elegant Adrienne Stanley. Jeff Benjamin of Fuse, Tamar Herman of Billboard, Ashley of Multifacetedacg, Angie Mills of Kpopstarz, and I spoke about our different paths from devoted K-pop and Hallyu fans to hard-working professionals. The audience had such insightful questions and the panel really came together as we spoke about our different experiences on our travels down the roads of Hallyu journalism. (Also, to be mentioned, Crush walked by our tent as we were chatting and even the K-pop professionals got a little more than excited to see that handsome kid!)

After the panels, HanCinema snapped photos of the red carpet. There were short interviews with each group, singer, and actor. Petite Park Bo-young won the "Best Actress Award" from the Dramafever Awards. 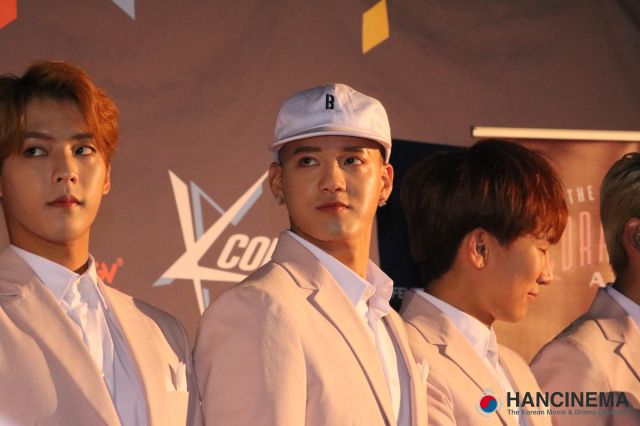 And then the concert, the highlight for many people. Ailee and BTS's RM hosted M Countdown as each act rocked the stage with three or four songs each. Seventeen set the stage and got stronger through each song. Soloist Crush crooned his way to a rapping highlight. Jersey-native Ailee's homecoming performance found her battling a sound system snafu and totally slayed with her magnificent presence, impeccable power, and solid pitch. BtoB balladeered much of their time on stage. Dynamic Duo, the sunbaes of the group, were so full of energy it was as though they'd combined all of the youth on stage and bundled it into themselves. Young, talented Crush joined them for a last hard hitting number to end the night.

Stay tuned for more on the second and last day of KCON New York 2016! This is Lisa Espinosa AKA Raine. Over and out. 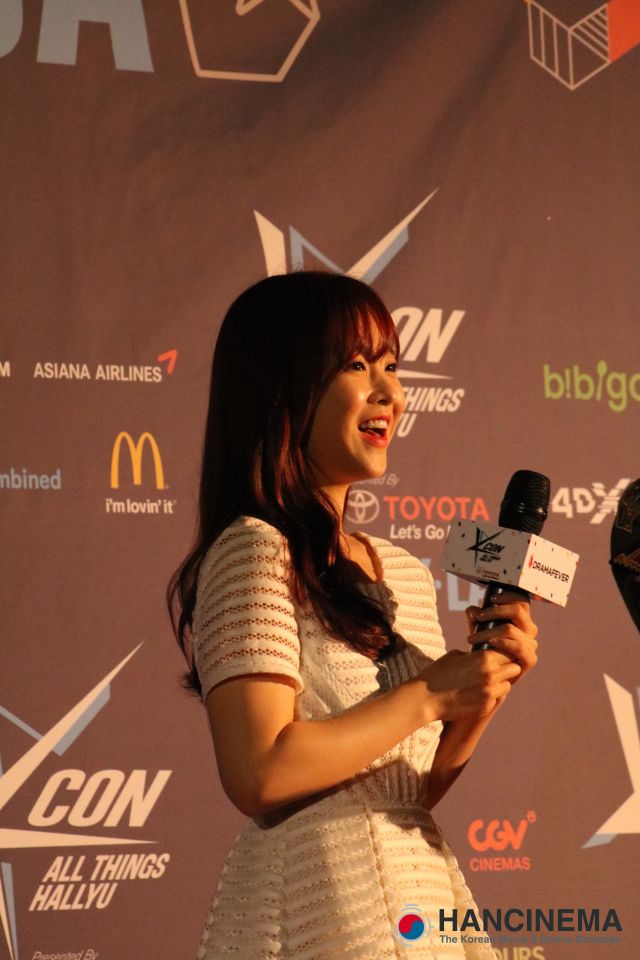 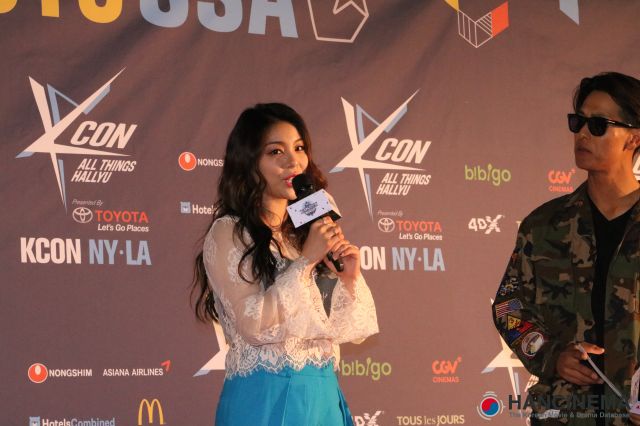 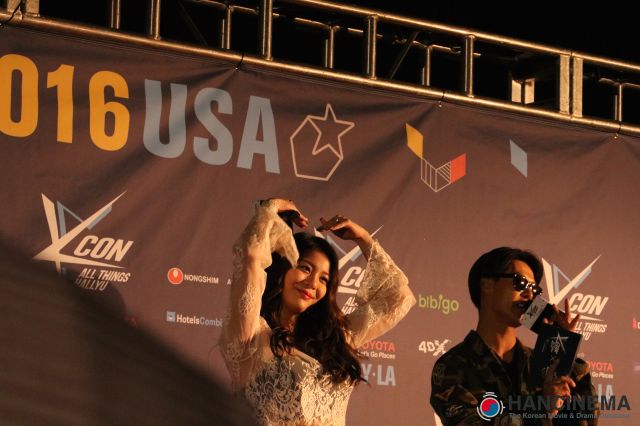 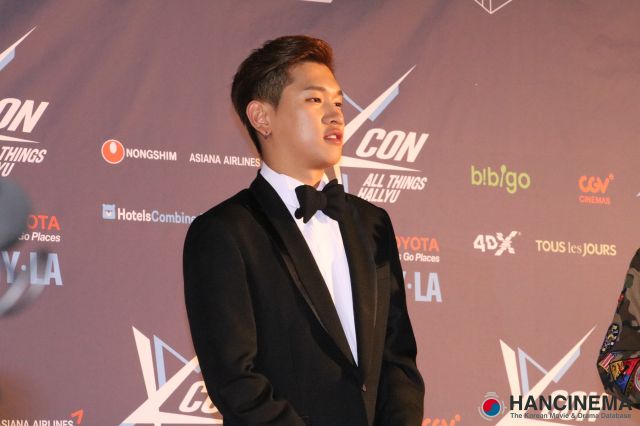 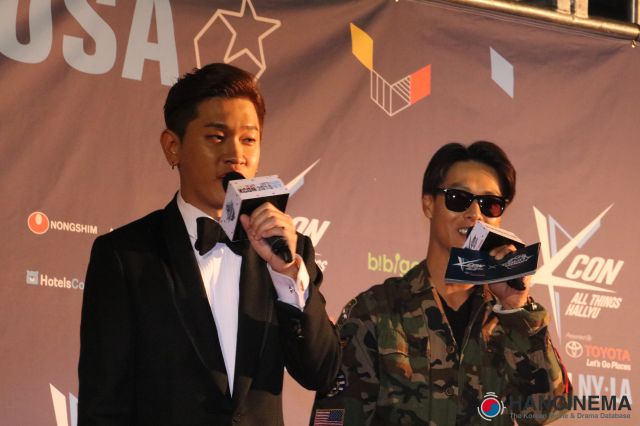 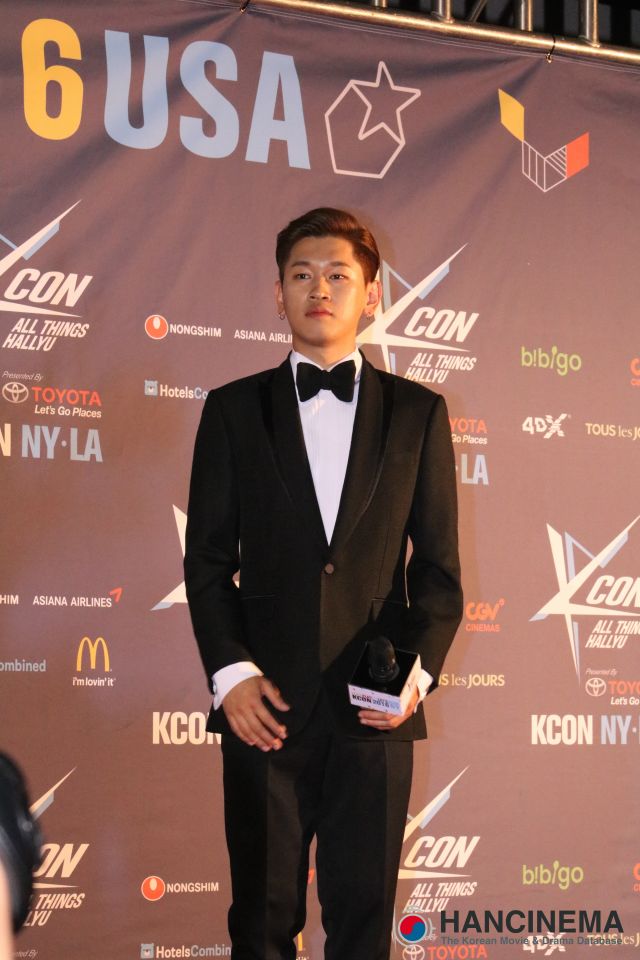 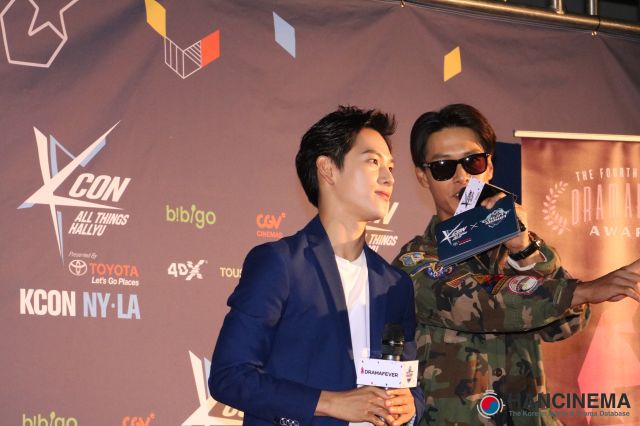 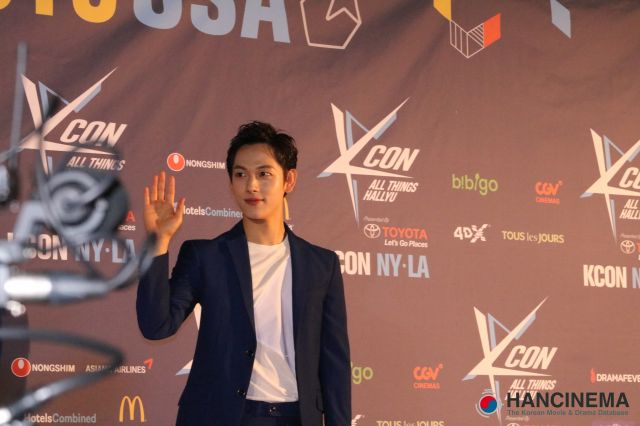 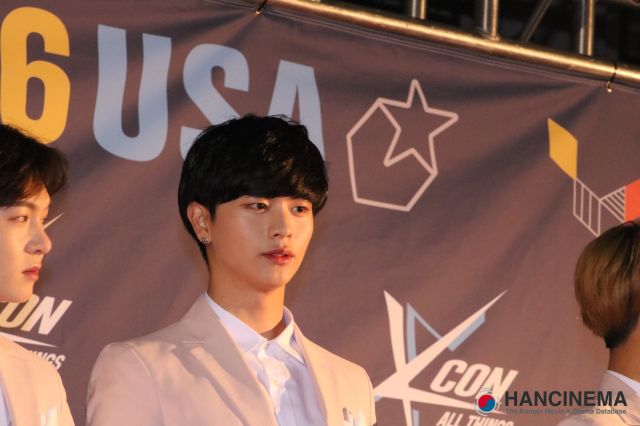 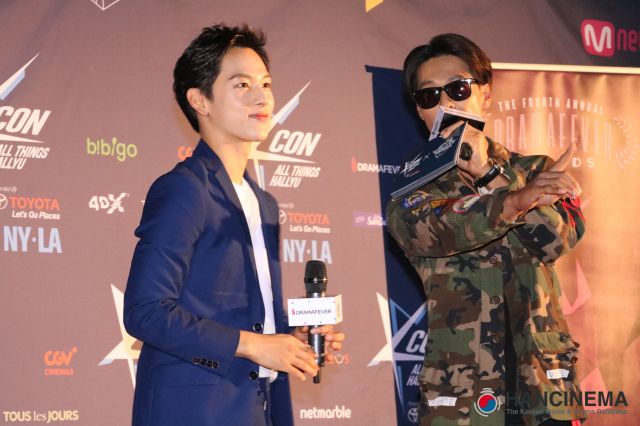