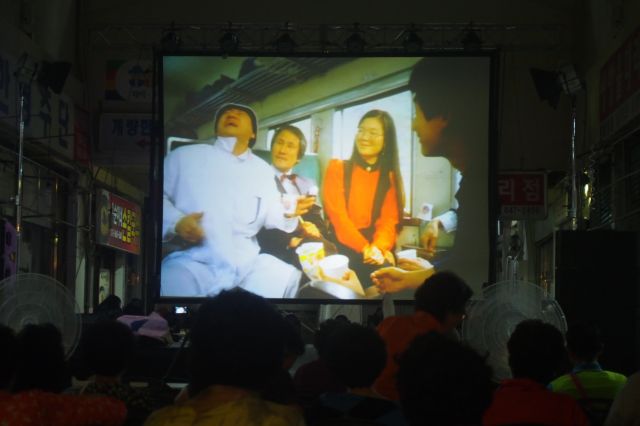 Last week I discussed the South Korean film industry in broad perspective. As is often the case with markets, it's oeasy to lose track of the human element. Historically domestic Korean films have struggled at the box office and needed government quotes to stay even. Yet today they're pretty much at parity with foreign releases with relatively little government support. They're doing especially splendidly this year. As of this writing two of the top three spots and seven of the top ten are all Korean films. This change has obviously been affected by Korean audiences being more interested in Korean movies as of late. But why?

Counter-intuitive though this may initially seem, in my opinion this is less a result of Korean films being especially strong this year as it is a consequence of Hollywood films being unusually weak. As Hollywood has become increasingly obsessed with making films based on existing cultural properties, they've lost sight of how existing cultural properties are only useful to the extent that they're franchises people actually care about. Considering that people in the United States were less than enthusiastic about new movies based on Star Trek, The Teenage Mutant Ninja Turtles and Ghostbusters, it's not exactly a surprise that Korean audiences were fairly indifferent when it came intellectual properties they'd barely even heard of.

By contrast, Civil War did just as well in South Korea as it did everywhere else, and this is mostly because everyone is on the same page with Marvel superhero movies. Nobody anywhere cared about Iron Man or Captain America before the twenty-first century Marvel film versions came out. Much like the popularity of American style fast food, the franchise tag works for Civil War because people actually have a pretty good idea what kind of cheap, fatty taste explosion they're getting with the price of purchase.

So if that's what Korean audiences expect from foreign films, what do they want domestically? Well, mostly, pretty much anything that Hollywood is not doing, which at this point is a lot.

Let's take "Train to Busan", the big success of the year. Zombies still remain a big draw in the American market, to the point the genre seems rather overdone. But rather paradoxically, few zombie movies get much in the way of big exposure because the Hollywood marketing machine only works for high budget films. Compounding the irony is that the whole point of zombie movies in the first place is that they are obviously filmic without necessarily needing to break the bank.

"Train to Busan" fills the niche that Hollywood doesn't. It is (by Hollywood standards) a low-budget movie that lacks the proper shock and awe to captivate audiences. But whatever the budget is, "Train to Busan" looks indisputably cool, and with relatable (Korean) characters to boot, it's an obvious winner.

Naturally this is a completely subjective standard, to write that a movie succeeds at the box office because it is "good". So let's take a movie I didn't much care for, aesthetically or otherwise- "Operation Chromite". It does for war movies what "Train to Busan" does for zombie movies. "Operation Chromite" mostly just focuses on characterization since it lacks the budget to really break the bank on special effects. But due to a complete lack of competition in the war movie department, coupled with the local, relatable actor element, and Liam Neeson thrown in to give the implication of international star power, once again, you have a winner, albeit not as big a one as the more subjectively defendable "Train to Busan".

South Korean audiences aren't just impressed by foreign actors, either- foreign prestige is usually enough to attract a lot of eyeballs. The Korean Film Council relentlessly tries to promote South Korean films at international film festivals, and the payoff for this is a lot of free advertising anytime one actually gets serious attention. This is why "The Wailing" and "The Handmaiden" did so well. Online netizen impressions of "The Handmaiden" are actually quite lukewarm, yet much like the Olympics, South Korean audiences can stomach watching stuff they don't normally like all that much for the sake of patriotic pride. Any kind of award at Cannes is as good as a gold medal at a major sporting event.

It's possible to spin all sorts of weird stories about unexpected box office success in South Korea because that's the main unifying factor when you look at the domestic successes in any given year- that the movies in question have almost nothing in common. Big as the market may be for American-style blockbusters, it's little surprise that domestic South Korean films can scrape together a decent amount of change when they have a practical monopoly on nearly every other genre, whether the subject be character study, mystery, historical drama, art film, or even just a guy stuck in a tunnel.

The sheer diversity in Korean film is what makes it so strong, since it can appeal to so many people. What's more, this audience appeal has been amplified in recent years by the increasing prominence of crowdfunding in the South Korean market- which I will discuss next week.