[HanCinema's Film Corner] "The Dark Knight Rises" VS "The Avengers": What does it take to be number one in Korea?

What kinds of films do well in Korea and who are the foreign favorites that have made waves in the past? "The Dark Knight Rises" hit Korean cinemas this past week and is hoping to possibly steal the top spot from Marvel's massively successful hit, "The Avengers", as Korea's highest grossing film of 2012. Marvel's titan sucked in 7,061,050 during its run in Korea, memorizing millions with its larger than life visual prowess as well as its grand over-arching narrative within their superhero universe. It went straight to number one and held that position for three weeks, during which it amassed an impressive 5,447,728 admissions. Can the final film in Christopher Nolan's trilogy swoop in and serious challenge "The Avengers" in the Korean market? But before I dive into this question, I first wanted to look back and see what films have been the most successful in Korea over the past five years and discover the type of films, both foreign and local, that are cashing in.

"The Avengers" may currently be the highest grossing film of the year so far, but what about previous years? Last year it was a three horse race between the uplifting drama "Sunny -2010", the action-packed historical piece "War of Arrows" and the third installment of the "Transformer" series. All three exceeded seven million admissions, but it was the American blockbuster that took it with 7,790,434. In 2010 and 2009, the winner was a little more apparent with "Avatar" (8,173,375) and the Korean disaster film "Haeundae" (11,397,749) standing tall and beyond. In 2008, Kim Jee-woon's "The Good, the Bad, the Weird" won gold with 6,604,652 admissions, followed closely by the impressive revenge thriller "The Chaser" on 5,077,284. Interestingly, "The Dark Knight" came in at number ten that year with just 4,080,172, a bad sign for those of you who think it might be Korea's new film of the year.

American dramas and comedies don't tend to do particularly well in Korea, making Phyllida Lloyd's "Mamma Mia!" in the 2008 chart the only real foreign drama to crack the top ten in the last five years. It seems that the blockbusters are to blame for that, as big budget films seem to invariable find a way to muscle profit from the international market. Films like "Avatar", "Transformers 3" and "The Avengers" all bathed in glory around the world, making their successes no surprise at all. But there is another force at work here that could help our understanding of what types of films do well in Korea, something perhaps more closer to home that dictates the constant flow of tickets being sold.

A quick look at the highest grossing Korean films of 2012 (left) will show that dramas, more specifically melodramas, are what local audiences relate to the most. Recently, films such as "Architecture 101", "Everything about my Wife" and "The Concubine" have been climbing up the ranks, achieving respectable digits as they compete with themselves. Drama. It's that almost primal conflict that sparks our interest and attention in a story, and the more relatable the context is to the target audience the better. America dramas don't do well in Korea because they exist more in realm of fantasy than a down-to-earth drama. There is that cultural void that permeates through cinema, and nowhere is it more apparent that in the drama genre.

Whether or not you think "Batman" will out perform "The Avengers" or not, we can start to think of ways these two films differ in relation to what pulls Koreans into the cinema. If Koreans prefer their own local flavor of dramas/comedies, and a number of Hollywood blockbusters tend to come out on top each year, what is it about these big hits that puts them on top of the Korean charts?

If the Korean cinema industry has done anything right, its produces a staggering amount of stellar films on a reasonable budget. True drama doesn't require the million dollar budgets that we see coming out of Hollywood, Korean dramas are a little more personal and grounded in their culture to become an exorbitant expense. Fantasy, however, is another area that allows many of Hollywood's big films to achieve success in the Korean market. In the realm of fantasy, the world you see is not confined to daily cultural norms and beliefs. It is a place where one's world is challenged and twisted to life, and what better way to feed that dreamscape than with the most lavish films that have ever been conceived. Hollywood is the dream factory, and its dream-works are culturally primed for international consumption, and Korea is starving for it.

So perhaps the more fantastical the film is, the better it will do in Korea? Not quite. For fantasy to be a pleasurable experience, there needs to be some form of connection between the viewer and the film itself. Cinema, with all its tools and means of creating, is one way that that divided is leveled; even the raw emotions being characterized will play a part in the audiences intimacy to the screen. Through constants such as these, Korean audiences maintain a reference point from which they depart when watching the magical spectacle only American blockbusters seem to be able to create. 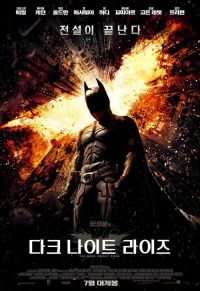 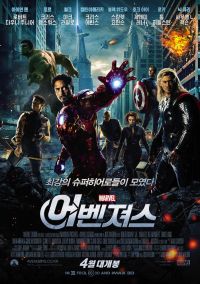 So between "Batman" and "The Avengers", which is better suited to striking that balance between pleasurable fantasies of the 'cultural other', while still managing to avoiding alienating Korea's collective consciousness and their relationship to the film? "The Avengers" has proven that it had what it takes to appeal to Korean audiences' wants. Its stunning visuals and generally light content made for great family entertainment as they all flock to catch the action. Batman, however, while still being a supposed 'comic book' film, contains darker elements, depression and lacks that bright and sharp world that "The Avengers" tapped into, and that Korea's love about superhero films. Superhero films generally do well in Korea, but Batman is a bit of a different beast in this regard. The technology and big budget are all there for it, but the Batman saga seems to me to be a little off base with Korea.

"The Dark Knight Rises" has entered the race here in Korea, but will it have the push, as well as the pull, to challenge the local favorites as well as big foreign hits like "The Avengers"?

* All Korean box office figures and tables were obtained from Asianwiki.com