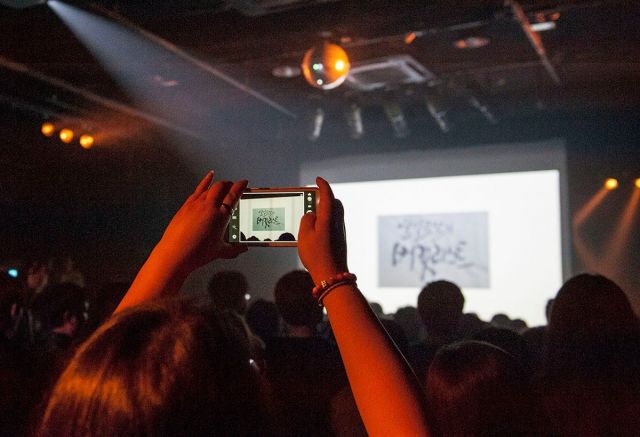 Several victims of the Sewol tragedy were, at one time, members of a garage band called A.D.H.D. One such departed student, Su-hyeon, had fond enough memories of A.D.H.D that on a random bucket list he scrawled for fun one day, "do twenty A.D.H.D. stage performances" was listed. Although five of A.D.H.D's eight members died on Sewol, the survivors try to bring the band back together anyway in Su-hyeon's memory.

"A Bucket List of a 17 Year Old Boy" shows itself as being a documentary rather than an inspirational drama most obviously in its depiction of teenage musical skills. They are...lacking. And none of the more experienced participants in A.D.H.D feel much need to sugarcoat this fact. Whatever the reasons may be for putting A.D.H.D on the stage, the band has to at least have passable talents or nobody's going to want to watch them perform.

Director Yoon Sol-ji does make the intelligent choice, though, of not focusing too much on the whole training aspect of the story. Because again, these are teenagers, and teenagers dream of making music. They dream about doings lots of stuff, usually for no particularly good reason. When the topic is raised of whether such and such instrument is suitable for attracting girls, it quickly becomes obvious that none of the male band members had really thought their choices through that far.

There's also the lack of political pressure. Of course, simply by existing at all "A Bucket List of a 17 Year Old Boy" is a political film, because it's a living testament to the fact that people, not statistics actual people, were killed by the gross negligence involved in the Sewol disaster response. And there were a lot of them. That at least one of them had made a bucket list ahead of time is a coincidence made possible only by the sheer numbers of the dead.

And I like being reminded of that. Not because I want to stew in constant rage, but because the human element is always worth noting. For us, Sewol was a random news story that came and went. For the friends and family members the loss of their loved ones is something they have to live with every day. And it's much easier to take joy in Su-hyeon's passions than it is to cry about the fact that he's gone. For all the tragic backdrop "A Bucket List of a 17 Year Old Boy" is surprisingly upbeat.

"[HanCinema's Film Review] "A Bucket List of a 17 Year Old Boy""
by HanCinema is licensed under a Creative Commons Attribution-Share Alike 3.0 Unported License.