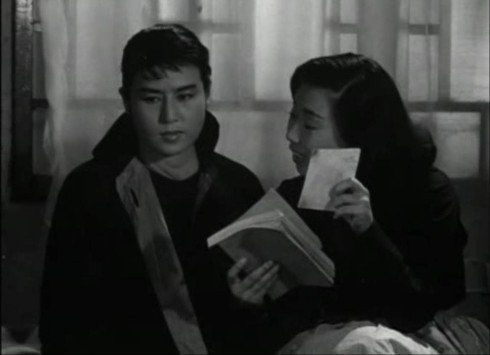 "A College Woman's Confession" despite its feminist, patriarchy-slamming narrative, became a big hit in Korea in 1958, particularly since women swarmed to watch a movie, which, apart from the aforementioned elements, also entailed hard-core melodrama. Nevertheless, the result was quite positive for Shin Sang-ok, as this was the film that established his career.

Choi So-yeong is a university student majoring in law, whose studies are supported by her grandmother. In a scene that indicates the melodramatic/feminist premises of the movie, the film opens with the funeral of the grandmother, and the subsequent despair of the orphaned So-yeong, who has no clue on how she will manage to continue supporting her studies and herself. As her rent is overdue, with her landlady not missing any chance to remind her of the fact, So-yeong finds herself under an "indecent proposal" from her husband, who suggests that she offers other services instead of rent. Her situation becomes even more desperate, when something similar happens at her first job interview, which ends with a slap and her running away.

The only one who supports her is a friend, Hee-sook, an aspiring novelist who has come across a rather unusual diary written by a young woman who has since died. The entries reveal that a powerful politician, Choi Rim, has a daughter with a woman he knew before his current wife, who has, however, disappeared completely, leaving him in the dark about her identity. Hee-sook suggests to So-yeong to pose as his daughter to change her life completely. The unlucky girl dismisses the notion, but as her situation becomes more and more dire, the option becomes more and more and attractive. 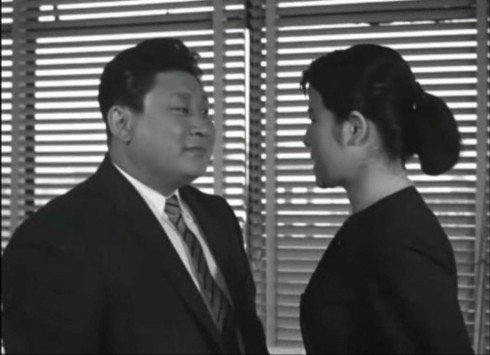 Shin Sang-ok directs a film that is distinctly woman-centric, something that is evident from the first frame, when it is revealed that the only one who supported So-yeong was another woman, her grandmother. Furthermore, as the men that surround her and Hee-sook in the next scenes of the first part are portrayed as intensely despicable, Shin's comment regarding the nature of the two sexes becomes even more obvious. At the same time, the extremes So-yeong is forced to reach are justified through this concept, highlighting the fact that women can only survive by using their cunningness. These comments are depicted even more intensely by a secondary plot that unfolds in the second part of the movie, when So-yeong has become a lawyer and her first client is a woman who has suffered a similar, and occasionally even worse fate.

This secondary melodrama inside the main one is somewhat excessive, as forced sentimentalism eventually takes over the narrative, but as a plot " trick ", it works quite nicely, adding entertainment through an element of agony regarding the outcome of the trial, and intensifying the overall comments about the place of women in the then Korean society. This part and the way it is placed inside the central story arc also highlights the excellent job done in the editing by Kim Yeong-hie, with this intervals being quite timely, not allowing So-yeong's happiness and success to be perceived as the norm of the era. His prowess also extends to the overall pace, which is fittingly fast.

Furthermore, that the only one who suspects So-yeong is another woman, her newfound " mother ", also moves into the same direction, even more so through the way the film ends, which highlights that women are not only smarter, but also kinder and more forgiving. Yu Gye-seon in the part is quite convincing, rounding up a set of great secondary roles in the film, including Kim Suk-il as the quirky Hee-sook, Hwang Jung-soon as the defendant, and Choe Seung-i as the landlady. The one who steals the show, however, is Choi Eun-hee as So-yeong, who gives a performance that is nuanced in the depiction of her inner turmoil, and with a theatricality that suits the melodramatic base of the movie to perfection. 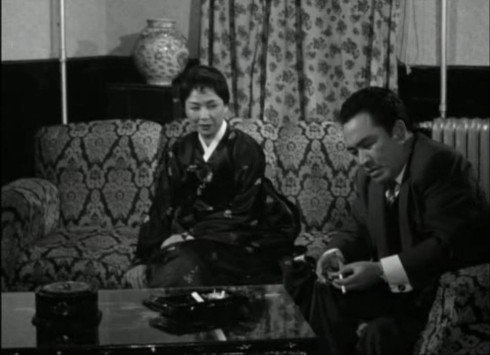 Lastly, Kang Beom-gu has also done a great job in the cinematography of the film, with all the different sets (rich and poor houses, offices, the court, etc) being excellently depicted, with a focus on realism.

The melodramatic nature of "A College Woman's Confession" can be a bit tiring at times, but the story, Shin Sang-ok's comments, and the acting definitely compensate, resulting in a movie that is quite easy to watch.