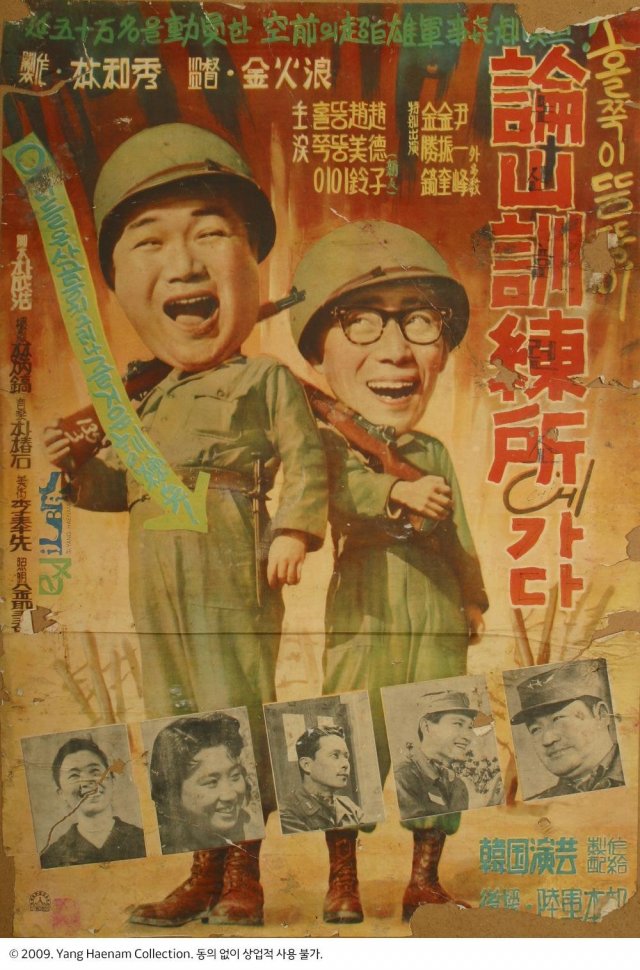 After dealing with the plethora of well shot, but also repetitive Shin Sang-ok melodramas, a comedy was much needed, even if in the case of "A Dry-bones and a Fatty Go to the Nonsan Training Station", the copy was rather faulty, with many visible lines on screen and a bad score. Furthermore, avoiding the presence of Kim Seung-ho-I and Kim Kin-kyu was not possible once more, although this time, their parts are quite small.

The movie begins with the aforementioned young men, who are actually called that way for the whole film, leaving their neighborhood in Seoul to enlist in the army for the war against the communists. The whole neighborhood is there, including their mothers and girlfriends, and the two of them seem to enjoy the cheering they receive. As soon as they reach the registration office, however, a rather unpleasant surprise awaits them, since Dry Bones is deemed underweight and Fatty overweight, with the officer in charge letting them know that they cannot be enlisted. In a tactic that can be perceived as a pro-enlistment comment, the two of them beg and use every trick in the book to overcome the rules, something they eventually achieve. When they do arrive at the training center, however, the harsh reality of the army hits them in the head, as they become public ridicule and essentially alienated from the beginning. Soon, however, their shenanigans warm the rest of the comrades, and although the violent episodes are not missing, a festival the army throws ends up with all of them cherishing the two "pariahs" in unison. 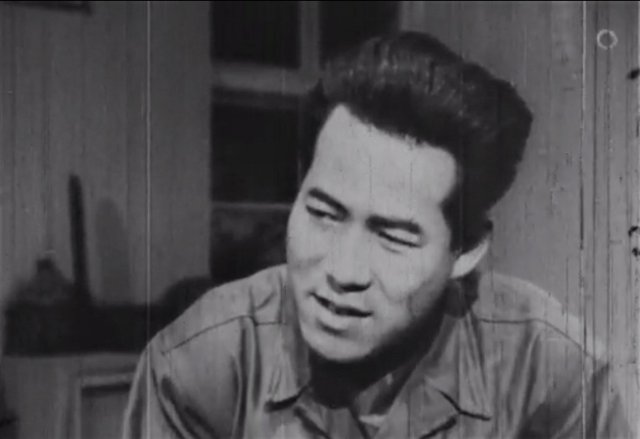 Kim Hwa-rang directs a distinct comedy, filled with episodes that seem to have drawn much from both Laurel and Hardy and Charlie Chaplin. Yang Hun, how plays Fatty, is quite clumsy, falling down or hitting something almost constantly, while Yang Seok-cheon as Dry Bones appears more serious, although both of them are portrayed as simpletons. The two of them are obviously charismatic and their chemistry excellent, with Kim taking advantage of the fact, giving them much space to improvise, and them delivering in the best fashion. The scene where they both get on stage and the one where Dry Bones is forced to participate in a boxing match in front of the whole corps are the highlights of their performances. At the same time, that Dry Bones decides for both of them that they have to avoid temptations, including food, drinks and their girlfriends, emerges as one of the most hilarious concepts in the film, particularly since Fatty is completely unable to do so. Lastly, the scenes where Fatty impersonates a general are also funny, although in a somewhat naive fashion that actually permeates the whole movie.

The narrative follows a whimsical, episodic approach for the most part, with Kim, however, including three different aspects that break the somewhat monotonous style. First, the cuts in their neighborhood, where their mothers and girlfriends talk about them and fuss about a letter they are supposed to write, the violent episodes revolving around a man who seems to fit in even less the duo, and most of all, the festival in the end, which is where the production values of the film find their highest point. This last episode includes live performances with modern and traditional singing and dancing, with the latter performed by Jo Mi-ryeong and Jo Deok-ja, the protagonists' belles, in another series of scenes that end up as quite funny. Furthermore, a rather lengthy but totally Chaplinesque boxing match emerges as one of the most impressive sequences in the movie. 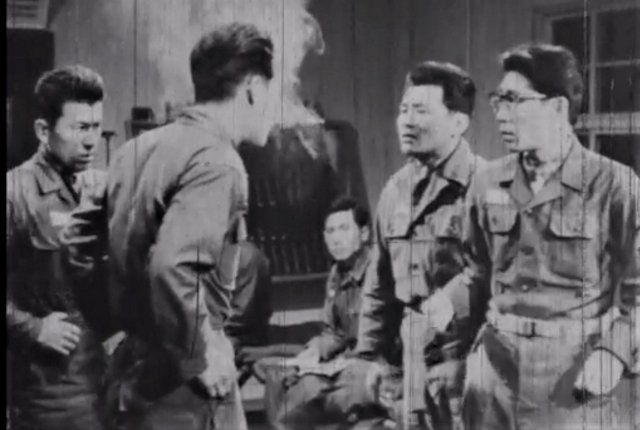 Commenting on Lym Byung-ho's cinematography when the copy of the film is damaged seems futile; however, the way he shoots the festival and the overall big scenes show the artfulness of his work. Kim Kee-duk's editing implements the episodic nature of the narrative through frequent cuts that also induce the movie with a rather fast but also fitting pace, while the juxtaposition with actual footage on occasion, in order to give the sense that a large number of soldiers are watching the events, is relatively well done.

"A Dry-bones and a Fatty Go to the Nonsan Training Station" is quite funny, even if its jokes have not aged well, while the last segment gives it an extravagant sense that highlights the level of production and also allows the film to elevate beyond just an episodic comedy. From another perspective, however, it also seems to present enlistment and the army experience in general, a bit too much fun.

"[HanCinema's Film Review] "A Dry-bones and a Fatty Go to the Nonsan Training Station" + Full Movie"
by HanCinema is licensed under a Creative Commons Attribution-Share Alike 3.0 Unported License.