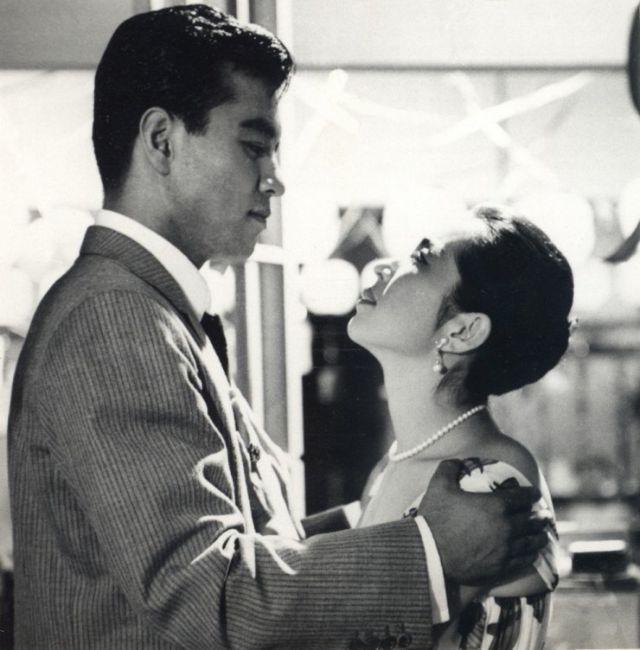 By 1959, the influence of Hollywood in Korean cinema was in full bloom, and "A Female Boss" is a testament to the fact, something that becomes obvious even from the music and the presentation of the titles in the very beginning of the movie. However, Han Hyeong-mo's title is not exactly a textbook romantic comedy, since the concepts of toxic masculinity (in the way Kim Ki-duk presented it decades later), the role reversal and the eventual triumph of male domination make the film stand particularly out.

Yoanna is the editor of a magazine titled "The Modern Woman" and essentially, the archetype of the modern Western woman. She is rich and successful, lives in luxury that even allows her to feed her dog expensive cake, and is a hard-core feminist (a tablet above her office even states "Women are superior to men") who has gone as far as to forbid any romantic notions in her female dominated workplace. Furthermore, and as she seems to have some issues with securing paper to print her magazine, she does nt shy away from teasing Mr. Oh, a rather rich but also funny middle-aged man who seems to be in love with her, in order to manipulate him to help her with her financial issues.

Her life, however, changes, when she stumbles upon Yong-ho while talking on a public phone, with the man establishing his dominance by kicking her dog and forcing her to put the phone down. An enraged Yoanna talks about the incident with her colleagues, but her chance for revenge eventually arrives, when Yong-ho appears in the office in order to apply for a job in the magazine. In distinct femme fatale fashion, Yoanna hires him in order to make his life miserable, but soon finds herself falling for the man's rough charm and intense masculinity. 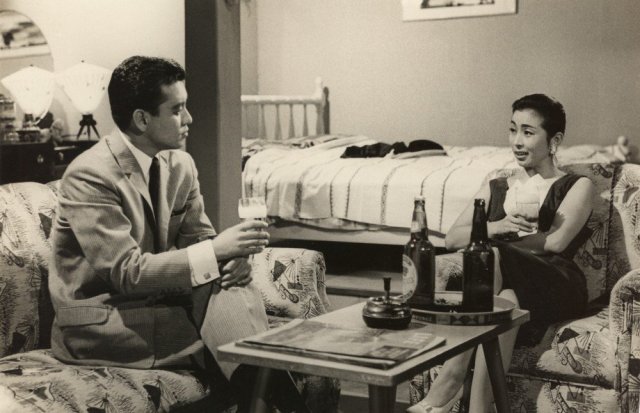 The Hollywood aesthetics, as already mentioned, are everywhere to be found. The way the people dress, the music they listen to, even the way they conduct themselves occasionally speaking in English and having adopted western names all point towards this concept, as much as the scenes in night clubs where mambo and cha-cha seem to dominate, while the customers are drinking beer. Furthermore, a rather lengthy scene of a basketball game where Yong-ho proves the " hero " of his team and the rest of the office's crew cheer him could easily be found in any American movie. Lastly, the way women and particularly Yoanna conduct themselves, definitely points towards western society values regarding the emancipation of women.

However, gradually and somewhat cunningly, Han Hyeong-mo begins to undermine feminism, by having Yoanna getting into a pinch that only men can get her out of, with the solution to her problems coming as soon as she admits her limitations and feelings. Subsequently, through this approach, the aforementioned western values also share the same fate, since the ending of the film quite directly suggests that women are better suited staying at home and following Korean tradition, as indicated by the change of clothes Yoanna makes.

Furthermore, the way Yong-ho's alpha male ways make Yoanna disregard everything she believed in, also move into the same direction, with their clash that actually begins with him kicking her dog having a definite winner. This aspect, and particularly the transformation of Yoanna benefit the most by the acting, with Jo Mi-ryeong giving a rather impressive performance in the part, and Lee Soo-ryeon playing the archetype of the alpha male as Yong-ho to perfection, also benefitting from his model-like looks.

At the same time however, and the offensive comments notwithstanding, "A Female Boss" is first and foremost, a very entertaining movie. The humoristic approach that mainly derives from the role reversal is hilarious, as we watch Yoanna and her assistant mocking the male applicants, calling them on their lies and asking them to recite Shakespeare, with the same applying to various other scenes, as the ones where two offended male employees go to the terrace to speak about their hurt feelings, a concept usually associated with women, on film. Furthermore, both Mr. Ho and Mr. Kim, a middle-aged assistant who is useless but constantly mentions the fact that he has 12 children to avoid being fired, provide much laughter with their ways. Lastly, the scene where a taxi driver begins giving romantic advice to Yong-ho is truly hilarious, particularly when considered through the prism of the "know-it-all taxi driver", that seems to be a global concept. 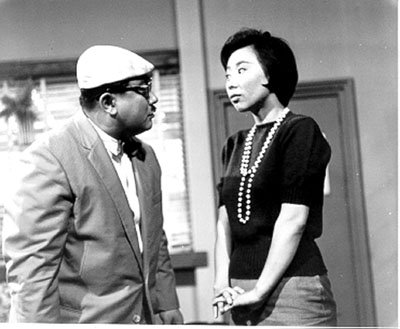 Apart from humor, however, the entertainment derives from a number of other, rather impressive scenes, with the basketball game (probably the first time it was portrayed on Korean cinema so extensively) and the many music and dancing scenes being the audiovisual highlights of the film. The one with the sultry dancer, in particular, is quite spectacular, and rather sensual I might add. Han Hyeong-mo's own cinematography finds its apogee in those scenes, although the overall visuals of the movie are of the highest quality, with the work done in the restoration of the film being impressive. Lastly, the editing is also of the highest degree, with the rather fast pace suiting the narrative to perfection and in combination with the extensive use of music, allowing the movie to function as music video on occasion, again in Hollywood style.

The comments presented in "A Female Boss" may be annoying and even offensive towards women, particularly if examined through a current-age prism, but the fact remains that the movie is quite easy to watch, and one of the most entertaining movies of the 50s, at least among the ones available from the Korean Film Archive.