[HanCinema's Film Review] "A Girl At My Door" 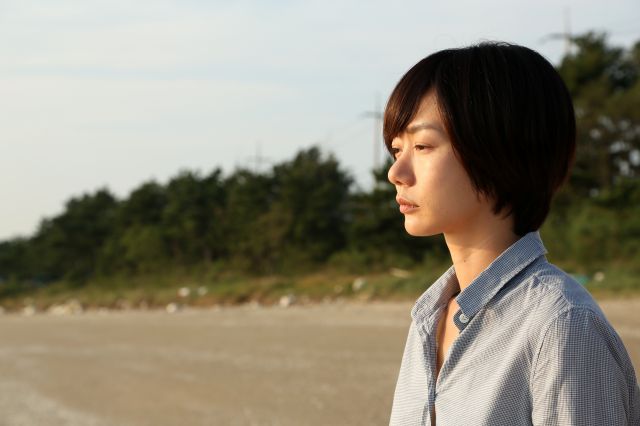 Police Chief Yeong-nam (played by Bae Doona) has been transferred out of her comfortable city life to a rural job in the middle of nowhere. Her new livelihood is less than exciting. A memorable scene details a trip to the grocery store where Yeong-nam tries to wring what feeble entertainment she can out of this miserable nowhere town. Yeong-nam's boredom comes to an end when she meets Do-hee (played by Kim Sae-ron), a girl who's having a much worse time of it than Yeong-nam is.

There's a very unnerving quality to Kim Sae-ron's performance here. She's legitimately totally unbalanced, yet at the same time gives a very deliberate portrayal of a girl who really just wants to be loved, and since Do-hee has no coherent sense of personal boundaries, she's often desperate and clingy. It's a discomforting contrast to Bae Doona's turn as Yeong-nam, who for the most part has it together mentally. Yeong-nam doesn't seem particularly suited to children otherwise, but in this case mental stability is enough.

So what we're left with is a love story- no, not that kind of love story, although Do-hee's attitude very much gives the impression that she would be willing to take the film into a much creepier direction if Yeong-nam was into that kind of thing. That's what makes Yeong-nam's personal struggle so intriguing. After her initial decisive action Yeong-nam spends most of the film hesitating, apparently finding it difficult to believe that she's really the best chance Do-hee has at a normal happy life.

The background of the film is in a similarly strange place. It's easy to see why Yeong-nam dislikes it so much, but aside from Do-hee's problems the town doesn't seem so bad. The police are all good, non-corrupt people, and aside from that one guy everyone else seems nice, too. But then that's always it isn't it- the one problem. That one guy, who no one's willing to do anything about because that would just be rude. He's not even important or anything, there's just this impression that he doesn't do anything seriously bad enough to bother really arresting him for.

This obviously comes off as ridiculous given what happens throughout the film, and hits a similarly absurd crescendo where we get to the ending. It's genuinely inexplicable how so many good people are able to make so many reasonable decisions given the information they have and yet everything about the status quo is so obviously inappropriate. We can't even really gripe about police resources being misused- from their perspective, this is the ethical, progressive way to proceed.

As a result the ending almost comes off as cheating- the system is clearly being manipulated but it all ends well, so that's good, right? Oddly enough that's actually pretty good advice for dealing with life- if the system isn't working find a loophole. It's not exactly family friendly, but it's an excellent reflection of the world's sheer existential weirdness that does a lot to soften the realization of just how tough life has been for Do-hee. In this way "A Girl at My Door" is a very peculiar, effective piece of film work that is very much worth watching.

"A Girl at My Door" is directed by July Jung and features Bae Doona, Kim Sae-ron and Song Sae-byeok.

"[HanCinema's Film Review] "A Girl At My Door""
by HanCinema is licensed under a Creative Commons Attribution-Share Alike 3.0 Unported License.